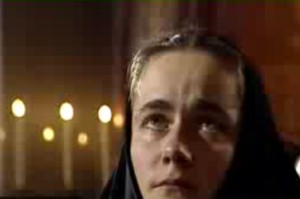 Nuns, believers and government officials looked on as prayers filled the soaring Christ the Savior Cathedral at a six-hour funeral service for Alexy, who died Friday at age 79. He was buried later Tuesday at the Epiphany Cathedral across town in a ceremony closed to the public and media, the church said.

Chosen as patriarch a year before the 1991 collapse of the officially atheist Soviet Union, Alexy shaped the church's powerful growth - and a renewal of its traditionally close ties with the Russian state - through the turbulent years that followed.

The Russian Orthodox Church claims about two-thirds of the country's 142 million people as its flock and also controls Orthodox churches in several former Soviet republics. The number of houses of worship has increased from fewer than 7,000 in 1988 to nearly 30,000, according to the church.

"We are burying a great man, a great son of our nation, a beautiful holy fruit grown by our Russian church," Reverend Dmitry Smirnov, a Moscow archpriest, said in an address at the funeral, which was broadcast live on state-run television. "Our whole nation has been orphaned."

Tuesday's funeral followed nearly three days of around-the-clock viewing of the patriarch's body, with 80,000 people lining up outside the cathedral and waiting hours in the rain to file past his coffin and pay their last respects.

Alexy's body lay in an open casket surrounded by flowers and candles in the cathedral near the Kremlin, his face covered by a white-and-gold embroidered cloth.

The opulent, hours-long ceremony mirrored services Alexy himself led at Christ the Savior: the glittering robes, incense smoke, the prayers and the upturned faces of the faithful.

It was led by Alexy's temporary replacement, Metropolitan Kirill, a top contender to become the next patriarch.

Kirill, 62, was led away briefly from the funeral ceremony by aides after apparently feeling unwell, a Reuters photographer said.

Kirill returned after a short break to continue participating in the service, which lasted about six hours.

President Dmitry Medvedev and Prime Minister Vladimir Putin attended with their wives, arriving around the midpoint of the ceremony at Christ the Savior. Each took his turn approaching the casket, crossing himself and bending to kiss the covered body of the patriarch.

While raised under communism, both leaders have attended services on major holidays of the Russian Orthodox Church, which has settled into a something like the deferential role it played in relation to the state under the tsars.

Black-robed pallbearers carried the coffin outside and circled the cathedral, while nuns scattered white roses on the rain-soaked pavement. The body was put in a hearse, and police cruisers with blinking lights led a procession of black cars along the darkening streets past the Kremlin to Epiphany Cathedral for his burial not far from the altar.

Hundreds of people ringed a roped-off area around the cathedral, with its sea-green towers and onion domes.

Alexy, aside from being credited with rebuilding Russia's church at home, was also lauded for signing a 2007 pact with the leader of the breakaway Russian Orthodox Church Outside Russia - the product of a split prompted by the advent of communist rule - to bring the churches closer together.

During his time as patriarch, secular liberals and leaders of other faiths expressed concern that the dominant Russian Orthodox Church was gaining too much influence over temporal life and growing too close to the state.

Alexy's death left unresolved disputes with the Roman Catholic Church, reflecting both age-old and recent tensions between Russia and the West.

His opposition to what the Russian Orthodox Church alleged was Catholic encroachment on its traditional territory thwarted the late Pope John Paul II's dream of visiting Russia more than a millennium after the Great Schism of 1054 divided Christendom between East and West.

Like other church figures, Alexy was shadowed by allegations of cooperation with the Soviet KGB earlier in his career. He has acknowledged making compromises with Soviet authorities for the sake of the church's survival, but the church has vehemently denied that he was a KGB agent.

The most sensible of mavericks