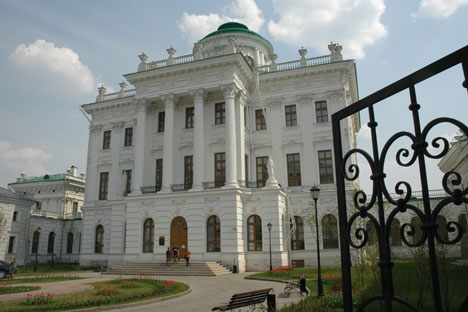 The opening of the First International Conference of translators took place in the famous Pashkov HouseSource: ITAR-TASS

The first International Congress of Translators was held in Moscow Sept. 2-3. I was there, and the first thing that struck my eye and stuck in my memory was how delighted the participants from some 30 countries were to meet each other. The reclusive nature of the profession hardly ever provides a chance to socialize with colleagues, and yet the exchange of ideas between people whose job involves reconstructing, in their native tongue, a perpetual approximation of original, imaginative works is really necessary.

Over the last two decades, the attitude toward Russian literature has changed. Meager runs of 500 of Russian poetry are published in Estonia, while there is no money to reprint Russian classics in Azerbaijan. In China, Russian literature in translation is probably second only to translations from English in popularity, but Russian writers and philosophers are no longer life coaches for the Chinese. Today, their influence is simply aesthetic, although a member of the Chinese delegation to the conference insisted they remain very popular.

At the same time, European publishers interested in modern Russian literature do not, as a rule, speak Russian and cannot evaluate the quality of original texts. Elena Balzamo, a translator and literature historian who lives in France, said that it is not uncommon for publishers to approach random individuals. As a result, said Balzamo, “They do not translate what should be translated or how it should be translated."

I have heard that things are made worse by the practice in non-English speaking countries of translating Russian literature from English translations rather than from the original. I looked for evidence of this at the conference, but fortunately found none. Alexander Livergant, editor-in-chief of Inostrannaya Literatura monthly, dismissed this as “rumors.” Joaquín Torquemada Sánchez, a professor of Russian language and literature at the University of São Paulo Arlete Cavaliere and professor of Slavonic philology at the University of Granada assured me that it has not been the practice for a long time now, while Russian-Italian writer and translator Elena Kostioukovitch said: “It happens from time to time, but you might get shot for it.”

The congress showed that its participants do value their work and professional reputation and that financial support and intergovernmental cooperation at all levels, from translators and publishers to officials and charity foundations, are required in order to ensure quality translations of the best examples of modern Russian literature, which are not always aimed at the general reader.

To further this cooperation, the congress proposed that an institute of translation should be established. The institute would select the best and most complex translation projects and provide grants for implementing them. Other objectives include bringing cultures of different countries closer together, facilitating communication and organizing business trips to help translators gain insight into the message behind the books being translated, better understand the life and mentality of the author and avoid the stupid mistakes that even a highly qualified translator might make. The foundation of the institute of translation is to be overseen by the All-Russia State Library for Foreign Literature, headed by Ekaterina Genieva, a UNESCO expert and Russian literature scholar specializing in English prose of the 19th-20th centuries.

Literary translation is the only creative type of work that is, by definition, imperfect. A translator is always following the author in the hope of getting close to the original, but exclaiming at every turn “It is non-translatable!” but once and again, they make the impossible possible. Only this can explain why Hamlet is so popular in Russia and Anna Karenina in the UK. Yet while writers reap the rewards, translators can only rely on the quiet appreciation of a narrow circle of colleagues and find comfort in having achieved the impossible once again.

For more on this story, read our exclusive interview with Ekaterina Genieva