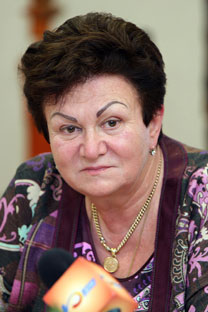 On the sidelines of the recent International Conference of Translators held in Moscow, Russia Beyond the Headlines’ Tatiana Shabaeva, who is herself a translator, spoke with Ekaterina Genieva. Genieva, a scholar specializing in English prose of the 19th-20th centuries, is also the head of the Russian State Library for Foreign Literature and will oversee a newly established institute of translation that will manage special translation projects.

RBTH: What do you believe to be the main difference between amateur and professional translators?

EG: A professional is disciplined, relying on logic and a profound knowledge of language, and can sense the nuances of a text. An amateur sees only one level of the text, its superficial qualities.

RBTH: But what if an amateur translator is talented?

EG: There are, of course, perfect examples of people born with a gift for translating, just like Mozart had a gift for music. A translator, however, needs to know a lot of things, both his own language and that he is translating into intimately. It’s possible to be an outstanding translator your entire life and still never become a member of the Union of Translators.

RBTH: What exactly is the purpose of the institute of translation?

EG: The institute’s objective is to increase the quality of translation and enhance the status of the profession.

RBTH: There is also the issue of bringing two differing cultural mentalities closer together. Is this possible when the translator never leaves his own backyard?

EG: Should you have a good library and access to the Internet, then yes. The institute of translation project, however, also offers trips, grants, and aid from cultural centers and foundations in different countries to assist translators. There could be special events for translators of particular authors.

RBTH: How will literature be selected to encourage translators?

EG: Well, to a certain extent the choice of literature will be left up to the translator. In other words, if there’s money, translate what you want. A reputable publishing house would employ only the best professionals and thus guarantee high quality translations.

RBTH: But is it a good idea to translate the same thing? Take The Brothers Karamazov, for instance. That book has been released in Japan 11 times.


EG: Whatever makes sense is a good idea. I think that in Japan this has become way over the top; you have young people reading books like The Brothers Karamazov at bus stations, but that means they need this.

Knowing the realities of the country where a work is written plays an enormous role. Take, for example, (James) Joyce. I read that Irish pubs sell a certain kind of special bubbly beverage. I had no idea what this was, so I asked people at the British Embassy, but they said: “We are not responsible for the Irish.” Then I asked some Irish, and they said: “That’s easy! It’s a kind of bomb!” So that’s knowledge of the country for you. That is why communication is important. It is a way to bring different cultures together.

RBTH: Is it worth talking about canonical translation? What if the author himself approves the translation?

EG: Yes, probably, especially when talking about school studies. But this is a difficult question. What’s also important is the target language, because people today have to be able to understand the result.

RBTH: What do translators need to improve their qualifications?

EG: Government support, taking translation rates seriously, support for young translators and a greater interest in what you do.

RBTH: Just what is the institute of translation? Is it a reality or a concept?

EG: It’s both, with money to boot. The institute will support talented translators who will apply to translate serious works, and we will review these projects. All of the news will be put up on our website and that of the Russian State Library of Foreign Literature. The sooner we get things up and running, the better.