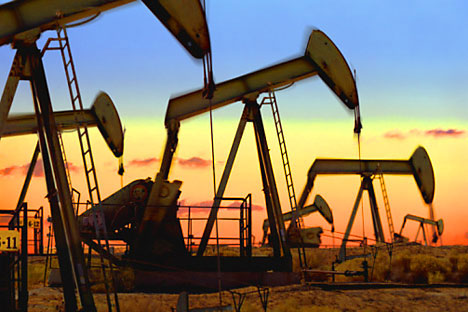 The catastrophe in Japan will have a major impact on global markets, including in Russia.

Russian uranium miner ARMZ Uranium Holding Company recently announced that it plans to review the terms of its acquisition of Australia’s Mantra Resources, which mines the raw materials needed for nuclear power stations in Tanzania—just one of the many transaction expected as Russian businesses assess the repercussions of the events in Japan.

Moscow and Tokyo are major commercial allies—Japan ranks ninth among Russia’s trade partners, while Russia ranks 14th among Japan’s partners. Approximately 3 percent of cumulative investment in Russia comes from the land of the rising sun, while Japanese capital accounts for a similar share of the Russian stock market. Japanese banks actively provide loans for Russian projects.

Overall production in Japan has already plunged 25 percent  following the earthquake. “Provided there is no environmental catastrophe that makes it impossible to restore industrial production in Japan, there will be a question of replacing the lost energy capacity,” said Alexei Kozlov of UFS Investment Company. Consequently, Japan will have to increase energy production using raw hydrocarbons and will have to boost purchases of gas, oil and coal from Russia. According to Alemar Investment Group’s Vasily Kanuzin, it is also possible that Russia will reap its main dividends not from direct supplies of raw materials to Japan but from the growth in global hydrocarbon prices resulting from increased demand by Japan.

The nuclear production capacity Japan lost as a result of the earthquake is equivalent to 13 billion cubic meters of annual gas consumption, or 9 percent of total Gazprom exports, according to VTB Capital estimates. VTB Capital also said that the drop in Libyan gas supplies to Europe amounts to approximately 9 billion cubic metres annually, or 6 percent of Gazprom exports. Given these recent events, Russian gas exports could grow by 10 billion-15 billion cubic meters (7 to 10 percent) this year, while Gazprom could see revenue increase 3 to 5 percent.

Gazprom may not be the only company to profit as a result of the events in Japan. Speculators certainly will not miss out on this opportunity and will try to earn money from growth in the gas giant’s stock. “The shares of fuel and energy companies producing oil and gas are the potential leaders in terms of growth in 2011,” said Finam Management chief economist Alexander Osin. Japan could increase oil imports by roughly 300,000 barrels per day to make up for the losses caused by the shutdown of the nuclear plants.

Japan remains the world’s biggest importer of coal transported by sea. “Our current projections envision a steady deficit on the thermal coal market in the period from 2011 to 2015, therefore if Japan needs 10 percent more coal in the near future, this would have very serious consequences for thermal coal prices,” said VTB Capital analyst Viktor Belski, “We believe that the coal industry is close to working at full capacity, therefore liquefied natural gas would most likely be the main fuel that power stations would use to make up for lost output in the coming weeks.”

The winner in all of this will likely be Russia’s biggest thermal coal producer, Siberian Coal Energy Company, which already has experience working with Japan. Russia’s Mechel, whose main production assets are located in the Russian Far East, could also benefit from this situation. Another large Russian coal miner, Evraz, also receives a considerable share of its revenue from coal exports to Asia.

Russian metals companies will have to wait for Japan to start rebuilding. Even though Russian metals companies do not directly export their steel to Japan, they could benefit from an increase in price on this commodity. “Japan was a major steel exporter with total exports of 43.4 million tons (15-16 percent of the global market). We believe that there could be a very substantial decrease in the volume of Japanese steel exports (perhaps by 10-20 percent), which would be an extremely positive factor for prices on the regional market. The main question is how much Japanese exports will decline in the next six to twelve months,” said VTB Capital’s Belski. Global steel production reached a new record of approximately 126 million tons in January 2011, so there is no spare production capacity to use in response to the sharp increase in demand for steel in Japan, which in 2012 and 2013 could grow by 5-10  percent, or 6 million-12 million tonnes per year.

Copper is another metal whose price dynamics could be affected by the events in Japan. Transportation and electronics account for 43 percent of total copper consumption, Investcafe analyst Maksim Loboda said. “Japan had a 14 percent share of total global electronics production in 2010. The country accounts for 20 percent of global automobile output. Very rough estimates indicate that if these two industries are out of commission for one month, demand for metal will decline by 40,000 tons in the transport sector and 75,000 tons in electronics.” There will also be a major spike in demand for copper as the country recovers from the earthquake and begins building new infrastructure, restoring power and resumes manufacturing automobiles and electronics.

The events in Japan also pose an undeniable threat to the world’s biggest economies, including Russia’s. The negative effects will mainly be felt by the country’s Far East, which is closely linked with Japan through trade ties. In particular, local residents will see a decline in one of their main sources of income—the sale of used automobiles imported from Japan. In addition, the threat of radioactive contamination could have a serious impact on the Russian fishing industry. It is difficult at this time to even project the scale of such losses.

John Hardy, a currency strategist at Saxo Bank, noted that the markets generally forget about natural disasters rather quickly. Therefore, he said, it is possible that in the very near future investors will start thinking more about the need for recovery than about the destructive consequences.