Russia to stick to its guns on nuclear power 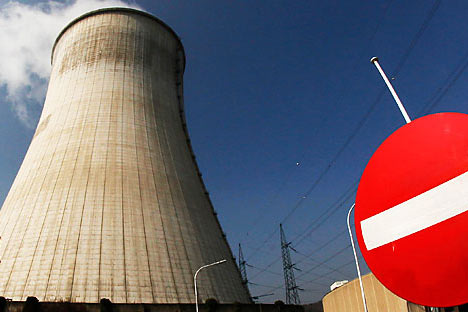 Even as western Europe backs away from nuclear energy, emerging markets, including Russia see no way to create the power needed for economic growth.

Europe may be reassessing its commitment to nuclear power in the wake of the catastrophe at Japan's Fukashima Daiichi power station, but Russia and most of the countries of emerging Europe have reasserted their commitment to using more nuclear energy.

German Chancellor Angela Merkel was forced into an embarrassing about-face after all six of Fukashima's nuclear reactors showed signs of trouble in the days after their supporting infrastructure was washed away by the tsunami. Merkel ordered seven of Germany’s oldest reactors to be shut down for extensive tests, even though six months earlier, she forced through a plan to increase the amount of nuclear power Germany generates. That decision resulted in some of Germany’s biggest public protests in a decade.

Most of western Europe's leaders find themselves in a similar position, but Russian Prime Minister Vladimir Putin was quick to affirm that his country will continue to build new power stations. However, following Merkel's decision, he also ordered a comprehensive safety review of Russians nuclear assets.

Putin's comments were followed by similar statements from the leaders of Belarus, Ukraine and Turkey, all of which recently purchased Russian-made nuclear power stations. During Turkish Prime Minister Tayyip Erdogan’s visit to Moscow in the middle of March, Russian President Dmitry Medvedev said that Russia will ensure Turkey's nuclear power plant, planned for southern town of Akkuyu, will be able to withstand powerful earthquakes.

"The plant that will be built will be an example for the rest of the world," Erdogan said during a press conference following talks with Medvedev.

Prime Minister Vladimir Putin said that Russia would continue selling Russian nuclear technology to its allies, and claims that the next generation nuclear power plants are safer than ever.

"We now have a whole arsenal of progressive technological means to ensure the stable and accident-free operation of nuclear power plants," Putin said in the middle of March.

Russia has the youngest nuclear reactors in the world—they have an average age of 19 years, compared with 26 years in western Europe and 30 years in the United States, reports Bloomberg. The Fukashima reactor is 38 years old, making it one of the oldest reactors in the world still in operation. It had been scheduled for decommissioning this year, but its license was renewed for another 10 years

"Until now, countries in emerging markets were well out in front of the nuclear industry revival, accounting for a disproportionate share of the expected growth in nuclear energy use. Out of the 62 reactors currently under construction, 48 - or 77 percent of the total - are being built in China, Russia, India and South Korea," said Sergei Bubnov, who heads Renaissance Asset Managers' utilities fund.

Among emerging markets, Russia is the most reliant on nuclear power. Nuclear energy already accounts for 16 percent of the country’s produced power, and Russia is planning to double its nuclear capacity over the next 20 years.

"Inevitably, some of these plans might have to be reconsidered," said Bubnov. "Russia has a vocal environmental lobby, which might lead to the delay or even cancellation of some projects, in turn leading to higher prices."

However, as Russia’s economy returns to strong growth, the government has little choice but to build new nuclear facilities. Prior to the crisis, the supply and demand for power were evenly matched, so further economic growth would be constrained by blackouts.

At a conference in March, Vasily Nikonov of Russia’s Energy Ministry said that the country plans to cope with increased energy needs by constructing 18 nuclear power and hydropower plants with a combined installed capacity of 11.2 gigawatts.

"It is impossible to speak about a global energy balance without the nuclear power industry," Putin said at a meeting of the Eurasian Economic Community's (EurAsEC) intergovernmental council.