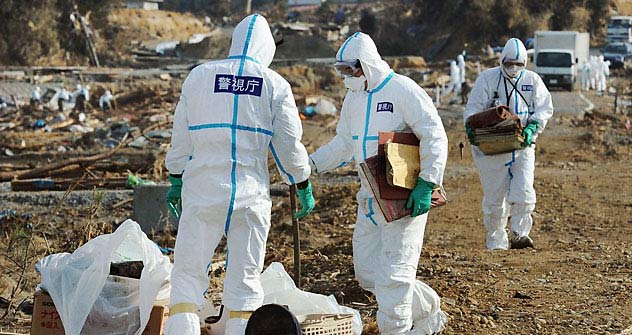 Three Mile Island. Chernobyl. Fukushima. What do these tragedies have in common, and can nuclear energy be cured of these shared problems? Independent experts from 10 different countries give us their take.

The experts sent their entire text, called "Never Again," to the International Atomic Energy Agency (IAEA) and to the administration of the Russian Academy of Sciences. Rossiiskaya Gazeta acquired a copy, and Viktor Sidoronenko, an associate member of the Russian Academy of Sciences and one of the experts to sign the statement, confirmed the statement’s authenticity and gave his consent to have it published.

Keeping in mind the importance of the document’s analyses, conclusions and proposals, we are presenting it here in full with a small stylistic abridgement that does not affect the contents.

The people listed below are nuclear safety experts from various countries who for many years have been engaged in research and development, design, construction, operation, management and safety regulation of nuclear power plants (NPPs). We express here our deep concern about the future of nuclear power in view of the consequences of the earthquake and tsunami at the Fukushima-Daiichi NPP in Japan. We are confident that only nuclear power that avoids being a threat to the health and safety of the population and to the environment is acceptable to society. Although comprehensive analysis of this tragic event is not feasible at the moment due to lack of complete data on the events that occurred, we wish to voice our opinion about severe accidents at civilian nuclear power plants and suggest additional measures to avoid them in light of the experience so far gained at Fukushima. First, we review the improvements made in safety following earlier severe accidents.

The accident at Three Mile Island Unit 2 (United States, 1979) did not cause injuries of the plant personnel or the population. There was no significant radioactive contamination outside the plant. Even so, the accident caused a reduction of investments in new NPPs due to a decreased interest from private investors. Studies of the accident confirmed the robustness of safety principles employed in the design of that type of NPP. At the same time, the accident revealed significant weaknesses in the implementation of those principles, including design of instrumentation and controls, operating procedures and the realism of the analyses supporting them, personnel training, and feedback of operating experience. Lessons learned from the accident allowed improvements with regard to human factors (how people and NPPs relate), design-specific probabilistic safety assessments, emergency preparedness, and safety systems. This accident also led the nuclear industry to design new NPPs that include passive safety features not dependent on the availability of electrical or mechanical equipment.

The accident at Chernobyl Unit 4 (Soviet Union, 1986) was the largest in history. The spread of the accident to the other reactors at the plant was prevented but cost the lives of thirty-one members of plant personnel and firemen. There was widespread radioactive contamination over large parts of Europe. Many thousand people had to be relocated from their homes near the plant. Regionally, the accident produced excess thyroid cancers and other negative effects on human health and had a large psychological impact on the public. The accident also had significant political resonance. The design of the reactor at Chernobyl was very different from the light-water reactors at Three Mile Island and Fukushima. Studies of the Chernobyl accident highlighted significant design deficiencies (core instability, inadequate design of control rods, unsatisfactory characteristics of confinement) as well as deficiencies in safety culture in the former Soviet Union. In harmony with international guidance and in compliance with upgraded national safety standards, significant modernization was achieved in NPPs in the former Soviet Union. Moreover, the IAEA International Nuclear Safety Advisory Group (INSAG) issued reports on the accident and developed Guidance on General Safety Principles and Safety Culture for improving NPP safety worldwide. The nuclear industry created the World Association of Nuclear Operators (WANO) for a continuous review and feedback of nuclear power plant operating experience.

On learning the lessons from these accidents, the approaches to safety regulation and NPP design were upgraded, and an international nuclear safety regime based on the Nuclear Safety Convention and other international accords was established. The fundamental principle of safety culture has become a daily routine.

International cooperation was strengthened to improve the fundamental requirements and criteria to ensure safety of nuclear power and to incorporate them into the design basis of NPPs of the next generations. The Nuclear Safety Convention also called for reviewing the safety of existing NPPs to identify and implement reasonably practical improvements.

The importance of nuclear education and training was acknowledged, which led to the establishment of the World Nuclear University (WNU) and the creation of regional nuclear education networks in different parts of the world.

Severe nuclear accidents seemed to have passed into history. Nevertheless, another one has happened. Why?

A detailed analysis based on more data is needed to give a full answer, but some preliminary observations deserve to be made now. On one hand, the Tohoku-Taiheiyou-Oki Earthquake on March 11, 2011 shows that nuclear power plants are capable of withstanding some catastrophic natural events better than many manmade objects. On the other hand, it appears that, in the siting and design of the Fukushima-Daiichi nuclear plants, an unlikely combination of low-probability events (historic earthquake plus historic tsunami leading to loss of all electrical power) was not taken sufficiently into account.

In fact, complex combinations of initiating events unforeseen in plant designs resulted in all the severe accidents described above. In addition, these accidents took emergency responders outside the range of circumstances for which they were trained and equipped. Moreover, hindsight shows that relatively inexpensive improvements, detectable by more extensive analysis beforehand, may have avoided these accidents altogether.

These observations lead us to conclude that more can be done to prevent severe accidents and to limit their consequences should they nevertheless occur. We know that due to a natural tendency of human beings for complacency, the nuclear safety regime can erode; i.e., if we do not continuously pursue safety, we can loose safety. There are occasional signs that national and international safety assessments and peer review missions are becoming more focused on demonstrating that safety is satisfactory and in compliance with national and international standards than on finding and correcting deficiencies, be they in design, operation, or the standards themselves. Therefore, we need to reinforce our dedication, not only in words but also in actions towards a questioning attitude, thereby assuring continuous improvement in the safety of NPPs.

Thus, there is a need to continue to audit and improve the safety culture at all levels of nuclear power management and regulation, achieve true attention to detail, implement effective programs to identify, analyze and correct safety deficiencies, and effectively manage nuclear knowledge.

Special attention should be paid to the quality of personnel training for nuclear power. To achieve this goal, NPP vendor countries should establish centers to train specialists for nuclear technology in recipient countries. Top professionals involved in nuclear power generation should not only "know what" and "know how" but also "know why" in order to deliver difficult and critical decisions in time to deal with unforeseen circumstances. In addition, regulatory organizations should improve the effectiveness of expert missions and inspections, and guarantee openness and honesty in reporting the findings of such inspections to the public. Routine inspections are important; however, even more important is the capability to recognize early indications of low probability incidents or circumstances.

Renewed attention should be given to general safety requirements for plants built to earlier safety standards in view of the considerable remaining operating time envisaged for many such plants. A more internationally harmonized approach in this area should be sought. In light of the common mode failure of redundant safety systems (electric power) caused by the tsunami at Fukushima, authorities should ask to what extent this failure and other common mode failure vulnerabilities in operating plants might be revealed by current technology.

The safety requirements for future NPPs should be refined to assure that their backup cooling systems are able to operate for a long enough time following a complete loss of on-site and off-site power. These future NPPs should be able to promptly restore or compensate for lost power. Passive systems and advanced technologies for system engineering, materials, information management and communications should be applied to new NPPs. New plants should be sited away from areas of extreme natural and manmade hazards. Risk assessments and risk governance should be used for optimization of plant design and operation but not substitute for deterministic safety justifications. The next-generation NPPs should ensure safety even if operating personnel are not able to provide immediate response in an emergency.

The safety of nuclear power goes beyond national boundaries. Appropriate measures to further strengthen the international nuclear safety regime should be identified and implemented after proper discussions, whether it will be within the framework of the Nuclear Safety Convention, the IAEA, regional bodies like the EU or industry organizations like WANO. A critical question should be what measures would be most effective in further promoting a high level of nuclear safety worldwide. Would it be to create new international frameworks, for example in the shape of an international regulatory agency entrusted with issuing binding international safety standards and performing compulsory inspections, or would it be to further develop and strengthen existing frameworks, emphasizing national responsibilities in combination with rigorous international peer reviews? It is to be expected that the international conference to be convened at the IAEA in Vienna in June of this year will provide a starting point for discussions of such measures.

Requirements for new countries wishing to start using nuclear power should be developed and incorporated into the international nuclear safety regime. Such countries must demonstrate their ability to uphold high international standards with regard to safety, security and non-proliferation over the lifetime of their nuclear power programs.

We hope that our recommendations will be accepted for consideration by national authorities and international organizations and that concerted measures will be developed. We are always ready to share our experience and expertise to assist in developing and implementing these and other recommendations to reach our common goal - to "Never Again" experience severe accidents in the future and, as defense in depth, to effectively respond to them should they nevertheless occur.

The following people assisted in the formulation of this Statement and concur in its issuance.