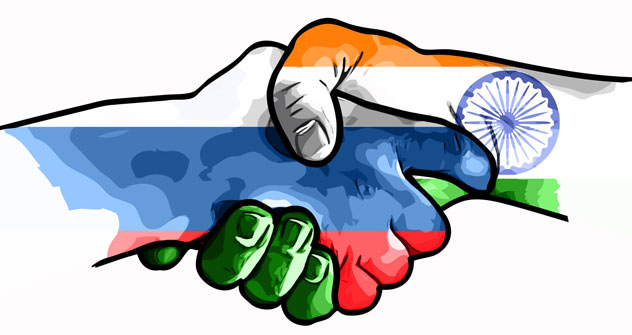 In the annals of diplomacy, the Indo-Soviet Treaty on Peace, Friendship and Cooperation, signed in August 1971, is a unique document that not only epitomised the special relationship between India and the then USSR, but also acted as a guarantor of regional peace. The treaty may have been replaced by its modern version, but it’s legacy continues to underpin the burgeoning strategic partnership between India and Russia.

Few treaties have played such an important role in shaping politics, history and geography of the world as the 1971 Indo-Soviet Treaty on Peace, Friendship and Cooperation. The Soviet disintegration and the end of cold war may have eroded some of its relevance, but nobody can deny that it still reflects   the brightest moment in Indo-Russian diplomatic history, enhancing  New Delhi’s   international profile and consolidating the Soviet position in Asia. Many experts have compared the signing of the treaty as India’s second liberation, and they were right in many ways.

To appreciate the historic significance of the treaty, it is important to recall the international and regional backdrop against which it was signed. As the struggle for independence in the erstwhile East Pakistan (now Bangladesh) gathered momentum in 1971, the possibility of a war between New Delhi and Islamabad loomed large in Asia.  Pakistani President Yahya Khan  had  said  that “if India  made any attempt  to seize any part of  East Pakistan, he would declare war  and Pakistan would not be alone.” Pakistan, with the tacit support of the United States, was trying for the UN involvement in East Pakistan, which was regarded by India as “an unnecessary  interference   in the internal affairs” of another country. China gave   unqualified support to her “all-weather” friend Pakistan against  India   so that  New Delhi would not dare to interfere in  the domestic affairs  of Pakistan. During the July 1971 meeting  between   Henry Kissinger and   Chou En- lai, the Chinese prime minister had clearly indicated to the then US Secretary of State  that in case of the Indo-Pakistan war  over East Bengal, Beijing  would launch military intervention against India on behalf of  Islamabad. India was desperate to avert Chinese intervention.

The new-found bonhomie   between Washington and Beijing,  and President Richard Nixon’s  relaxation of  trade and  travel restrictions  to China,  marked a turning point  in the  US-China  relationship. The    improved Sino-US relations emboldened China to be unreceptive to Indian overtures. On the other hand, the US policy  of supporting  Islamabad at the cost of New Delhi  reflected a pronounced tilt in favour of Pakistan at the height of the independence movement in the then  East Bengal.   Clearly, Nixon’s tilt towards Pakistan was, in a sense, aimed at moving closer to China.  Kissinger’s visit to Beijing in July 1971 was primarily motivated  by a common desire  of the US  and China  to normalise their relations  in the wake of serious  Sino-Soviet  dissensions. But the discussions held between Kissinger and the Chinese premier   in the context of Indo-Pak tensions fuelled India’s apprehensions.  During his brief  visit  to New Delhi  in July 1971, Kissinger gave an unambiguous  warning  that  in the event of  Chinese action  across the  northern border, India could not  expect  any US  assistance. India clearly saw   Pakistan successfully  coordinating  its policies   with Washington  and Beijing   against  Indian interests. India was getting practically isolated in the international arena.

While Kissinger’s visit to Beijing   was a morale booster for Pakistan, it had an enormously demoralizing effect on India as it felt diplomatically humbled and strategically  isolated.  India could see a US-China-Pakistan axis emerging against its vital national as well as  geopolitical interests.  This was perhaps the most perilous moment   for India’s  independence in the history  of the country. In  keeping with  the spirit of the  US-China discussions held  in Beijing, Washington  took serious steps  in July-August of 1971 that   strengthened  India’s fears and  enhanced  Pakistan’s intransigence.

Against this backdrop, New Delhi and Moscow moved closer   to ink  the  historic Indo-Soviet  Treaty of Peace, Friendship  and Cooperation  to neutralize the emerging  Washington-Beijing–Islamabad axis and defend their vital  geopolitical interests. There is no doubt that the treaty  became the most important safeguard  for India’s sovereignty and territorial integrity, a strong deterrent to outside aggression,  augmenting   regional  security and international peace.    ”We shall not allow  any other country  or a combination  of countries  to dominate  us  or to interfere  in our internal affairs,” India’s then Foreign Minister Swaran Singh said in  a statement in Lok Sabha  (upper house of parliament) after signing of the treaty.

“We shall, to our maximum ability, help other countries to maintain  their freedom  from outside  domination, and their sovereignty. We have no desire  to interfere in the internal affairs of other  countries, but this does not mean  we  shall look  on as  silent  spectators if third countries  come  and interfere  in the internal affairs  of other  countries, particularly  our neighbours, as our own national interest could be  adversely  affected,” he said. Singh described the Indo-Soviet Friendship Treaty “in essence a Treaty of peace against war.”

In an editorial, Pravda, a leading Soviet national daily, underlined the  significance of the treaty, saying the treaty had effectively  “restrained” Pakistan   and her allies from  embarking on   a course of  “military adventurism” in the sub-continent  and would continue  to act  as a  “deterrent”  against  the hegemonic goals. The treaty also signalled a clear warning to China’s hegemonistic ambitions in the continent.

The treaty, which comprised about 1300 words in 12 articles, put a stamp of legality on the rapidly expanding multifaceted friendship and cooperation between the two countries over the years  and elevated their ties to a strategic level. The Treaty was not a military agreement   as described by some experts and honoured India’s non-alignment policy.  However, its implications were very serious and clear if you read between the lines. The most significant clauses  dealing  with security issues  were articles  8, 9 and 10 of the Treaty. Article 8 declared that  neither state shall  “enter  in to  or  participate  in  any military alliance  directed  against  the other  party.” Article 9  of the treaty went a step further   and stated  that contracting parties  would enter into  mutual consultations  when either  of the  parties is subjected  to an attack  so as to remove  the threat  and to take appropriate  measures to maintain  the security  of the region. This article guaranteed that if  either  of the parties  is attacked  or threatened  with attack   then India and Soviet Union  will   “immediately  start mutual  consultations   with a view to eliminating  this threat.”  The US, China and Pakistan could not have missed the  message hidden in  the clause.  This must have frustrated the Chinese  designs  to intervene  from the north, and  the  evil intention of US whose 7th Fleet was  in the Bay of Bengal, part of its gunboat diplomacy  to launch intervention from the east against India.

The treaty, therefore, became a bulwark of regional security and world peace at large, and provided a strong boost to India and the Soviet Union for developing multi-faceted bilateral cooperation in all possible spheres of human activity, converting their ties  to a special relationship in 1980s. The treaty, originally meant for 20 years, was to be extended for another twenty years in 1991. By the middle of August, 1991, it was clear that the two countries had expressed their desire to extend the treaty for another two decades.  However, the so-called August 1991 coup in Moscow changed the course of history, hastening disintegration of the Soviet Union.

A new treaty of friendship and cooperation was signed between the two countries in January 1993 during President Boris Yeltsin’s first and last visit to India, which replaced the historic Indo-Soviet Treaty. The fundamental differences between the two treaties lay in the fact that the new treaty was bereft of the vital security clauses that constituted the core of the Indo-Soviet Treaty. The security clauses became irrelevant after the end of cold war, said experts.    This is how the  historic treaty found its way to dustbin,  reflecting   Moscow’s  ‘de-ideologized’ pro-Western foreign policy  under President Yeltsin and his foreign minister   Kozyrev. However, as Moscow’s honeymoon with the  West came to an end, Russia  under Prime Minister Evgeny Primakov’s stewardship  looked for strategic partners  in the East, re-discovering  the virtues of the  time-tested Indo-Soviet Treaty .

The joint statement issued at the end of  Primakov’s official visit to India In December 1998 made a special mention of the Indo-Soviet friendship Treaty  for the first time in the history of  relationship between India and the post-Soviet Russia.  The statement  affirmed  that  India and Russia   would  move  towards a  “strategic  partnership,” and the declaration on  strategic partnership would be  a step  forward  in the elaboration  of principles  contained   in the  Indo-Soviet  Treaty  of 1971, Treaty of Friendship  and Cooperation  of 1993  and the Moscow Declaration  of 1994. The Delhi Declaration  on Strategic Partnership, signed during President Vladimir Putin’s first ever state visit to India  in November 2000, indeed  reflects  some of the spirit  and essence  of the historic  Indo-Soviet  Treaty of 1971, building legal foundation for  our  robust strategic  relationship which acquired a  “special and privileged” status recently.

Forty years on, the 1971 Indo-Soviet Treaty of Peace, Friendship  and Cooperation may have been replaced, but its spirit and legacy continue  to  live  in the Indo-Russian  Special and Privileged Strategic Partnership  of today.   It remains as one of the most glorious and defining moments in the history of time-tested ties between the two great countries which are now emerging as global powers.

Arun Mohanty is professor at the School of International Studies of Jawaharlal Nehru University (JNU) and Director of New Delhi-based Eurasian Foundation.