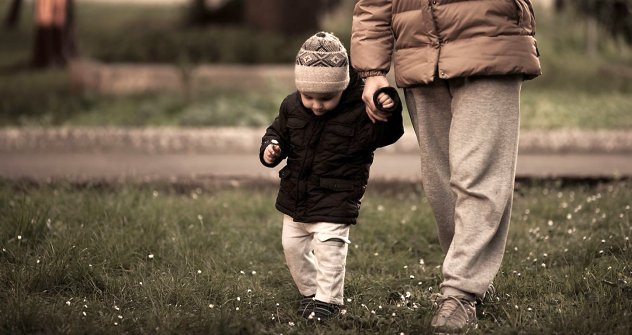 Can a treaty between Russia and the United States help match qualified American parents with Russia’s special-needs orphans?

Russian-born U.S. citizen Tatyana and her American husband decided to adopt a child from Russia. “My relatives in Russia objected almost with one voice, right from the start,” she said. “Our American relatives, on the contrary, were unanimously in favor.”

80% of Russian orphans are “social orphans,” that is, their parents are alive but are alcoholics, drug addicts or serving prison sentences. 1,082 R ussian children were adopted by Americans in 2010. Americans adopt children with needs who are not adopted by Russians. 60,000 children have been adopted and taken to America over the last 20 years, and 17 of them have died at the hands of their adoptive parents.

The couple wants to adopt a child with health problems. Russian rules give priority to Russian would-be adoptive parents over foreign ones. Tatyana, who does not want to disclose her real name for fear of sabotaging the adoption process, said she and her husband “wanted, from the start, to adopt a child with health problems, because we thought such children would have less chance of being adopted in Russia.” Adopting orphans, including sick ones, is part of American culture. The head of the Russian office of an accredited American adoption agency said, on condition of anonymity, that “the children passing through our agency are all sick, seriously sick.” State Duma deputy Nina Ostanina admits that “children have better health and rehabilitation opportunities there than here in Russia.” Tatyana said that Americans adopt special-needs children for simple reasons like traditional Christian values of helping one’s neighbor; people with disabilities in America are regarded as members of society and are less isolated. Yet the number of adoptions from Russia has been falling in recent years. Russia does not have a single body in charge of adoption, so one has to produce various certificates for different Russian agencies. Even so, in 2010, Americans adopted 1,082 children from Russia. Pavel Astakhov, the Russian children’s rights ombudsman, agrees that “Americans adopt many children with health problems.” But the trouble is, he said, that the adoptive parents are not always fit to bring them up. So, adoptive parents, motivated by good intentions, have only a vague idea of what they are letting themselves in for. Sometimes, of course, many things cannot be foreseen. There are latent diseases not yet diagnosed when adoption takes place in Russia. The head of a Russian office of an American adoption agency confirms this view “I know of many such cases. They are connected especially with genetic diseases that surface five or six years after adoption, sometimes at the age of 10 or 12. The disease may be very serious.” He said that, in such cases, “the adoptive parents soldier on,” doing everything they can to cure and support such a child. According to the Ministry of Education and Science, about 80 percent of the 770,000 Russian orphans are “social orphans,” that is, their parents are alive but may be alcoholics, drug addicts or serving prison sentences. It is not difficult for Russian parents to permanently lose complete parental rights. If a mother abused alcohol while pregnant, the child develops fetal alcohol syndrome (FAS), which causes nervous disorders and behavioral problems, including marked aggression. “If a child is in an orphanage from an early age, say, before three, the child often develops reactive attachment syndrome (RAD),” said Dr. Lucine Vardanyan, an obstretician in Moscow. “If there is no [one loving] adult around, the child will never learn to trust people. It will come to regard surrounding people as objects for manipulation.” She warned that “the child provokes aggression in other people. …No matter how much the adoptive parents love such a child, it is simply unable to reciprocate.”

Over the last 20 years, about 60,000 children have been adopted and taken to America, and 17 of them have died at the hands of their adoptive parents. Some adoptive parents blame their behavior on persistent aggression on the part of the adopted children caused by their illnesses. This was the case when the adoptive mother of Artyom Savelyev sent him back to Russia like an unwanted package. The lawyer of the couple accused of murdering Vanya Skorobogatov refers to “a serious brain disorder” afflicting the adopted son. “A child’s medical problems cannot justify abuse by the adoptive parents,” Astakhov said. According to Astakhov, some adoptive parents misled the Russian guardianship agencies by producing fake certificates or by withholding psychological information. The new treaty on adoption signed this spring between Russia and the United States now makes vetting parents easier. Russian agencies have the right to visit the house of the adoptive parents. U.S. authorities are in the process of creating a centralized database of adopted Russian children, and the Russian side has the right to verify adoption documents and, in extreme cases, reverse the decision. Most importantly, the treaty bans agencies not accredited in Russia and adoptive parents will be obliged to take special training courses and undergo mental health checks. These measures complicate the procedures for qualified parents, who now have to seek approvals from 19 Russian agencies. “The question must be raised of creating an authorized institution in the Russian Federation to handle adoption of our children,” Ostanina said. So far, bureaucrats have been reluctant to do this. Tatyana said that she and her husband have taken mandatory classes for adoptive children and have thought carefully about what diagnoses they would be willing to accept in their child. They will consider “whether there are programs in support of a certain disease nearby, whether there are hospitals where they can treat it well, whether our living conditions are good enough for this disease and whether we are emotionally ready to cope with any given diagnosis,” Tatyana said. The Moscow-Washington treaty protects the rights of Russian orphans, but does not reduce the number of sick children in Russian orphanages, said Boris Altshuler, head of The Child’s Right, a nongovernmental organization. Russian relatives wonder why Tatyana and her husband, who have other children, want to adopt; the couple hopes to adopt more children in the future. “It is difficult to wait,” Tatyana said. “I mentally move the clock to Russian time many times a day and think: what is the child doing at this moment, what is he eating, what he is playing at and how does he sleep. I can’t wait for the process to be over so we could start living a normal life, not one split in two by time and distance.”