Russian video games at the forefront of cybertourism 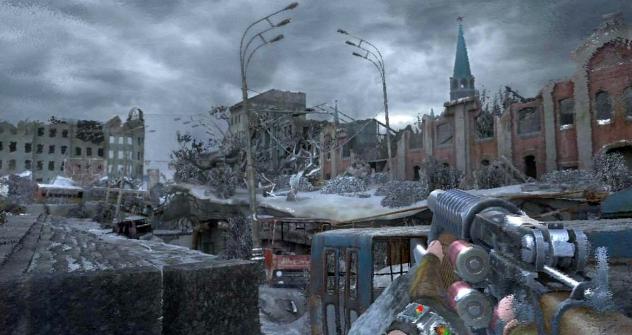 Russian computer scientists are well known for their skills as programmers and hackers, but they are also creating some of today's most engaging games.

Russia has long had a reputation as the home of successful computer programmers and hackers, but Russians have also made their mark in the world of gaming.

The first Soviet/Russian videogame was the Kaissa chess program, which won the first World Computer Chess Championship in 1974. But the first Russian game to win worldwide attention was Tetris. It was developed by Alexei Pajitnov in 1984, while he was working at the Soviet Academy of Sciences. Today, Tetris is one of the programs used by computer science students as they learn to program.

But Tetris was more than just a fun game. It began the Russian tradition of spreading culture through gaming. The Tetris music comes from Russian folk culture. The melody most associated with Tetris is called “Korobeiniki (The Peddlers).” It is a Russian folk song based on Nikolai Nekrasov’s 1861 poem of the same name, which tells the story of a young peddler and his romance with a dark-eyed young woman.

The music of Peter Tchaikovsky also appears in Tetris. “The Dance of the Sugar Plum Fairy,” from his ballet “The Nutcracker,” is honored in another edition of the game.

And “Kalinka” isn’t missing from this exhibit of Russian culture. This well-known song was written by Ivan Larionov in 1860 and is an ode to the kalina, a snowberry shrub.

Videogames have come a long way since the days of Tetris, thanks mostly to improved computer processors and better graphics, but a game’s popularity really depends on its script and setting.

With each game, developers work hard to create a product that rivals what players would see at the movies. As a result, they spend time making sure the setting is accurate – this is especially important when the game takes place in an historic setting or during a real event.

World War II has always been a popular setting for videogames, and the most popular game with a Russian/Soviet setting is part of the Call of Duty series. In that game, the player begins a campaign across the Volga to reclaim Red Square in Stalingrad, all while surviving aviation attacks and German machine guns. Both the first version and the most recent one culminate with the seizure of the Reichstag, with the gamers playing the flag carriers waving in the historic scene. In developing the games in this franchise, each weapon has been modeled as accurately as possible, with developers even researching their sound, cadence and reloading methods. The result is a first-person experience of the war’s key events.

Call of Duty: World at War. Storming the Reichstag.

But increasingly, the video game industry has sought to offer players much more realistic depictions of destinations with more cultural landmarks, working on the belief that players enjoy seeing the sights.

The game Traitor's Gate, based on the 1964 film, uses the premise of stealing the British crown jewels to take players to the Tower of London. There the player must solve puzzles about the stolen pieces of art. The recreation of the Tower of London is incredibly accurate. The development team went to the sight and photographed every inch of it in order to offer the player a 360º view in every scene, complete with interactive objects.

Another example is the second installment of the Assassin's Creed series, which is set during the Renaissance. The cities of Florence, San Gimignano, Forlì, and Venice are reproduced down to the smallest details, allowing the players to explore iconic buildings from the outside, inside and above, while simultaneously moving through an award-winning story. Players even interact with historical figures like Leonardo da Vinci and witness firsthand the decline of the Medicis and the rise of the Borgias. Games like this, where the player is given the freedom to explore a setting, can sometimes culminate in a visit to the real place, making video games a way to encourage tourism.

Some of the most popular games today are dystopian games, in which facts are narrated in a historical parallel against a contemporary depiction of real locations. This allows the player to see these locations from a different perspective, increasing their appeal.

The best example of this can be seen in the last two Fallout games, which are post-apocalyptic role-playing games set in Washington, D.C. and Las Vegas. Players, who have survived the ravages of World War III, participate in first-person tours of famous sights, from the Lincoln Memorial to the Hoover Dam, meeting everyone from inhabitants of nuclear shelters erected before the war to genuine hordes of robbers who have lost their sense of humanity.

Fallout 3: Walking through the center of Washington DC

Russia and Ukraine have their own versions of dystopian games, which are based on masterpieces of Russian literature. S.T.A.L.K.E.R. (2007) is set in Chernobyl after a hypothetical second explosion. After waking up with amnesia, the main character has to remember and survive in a hostile environment. The action takes the player to famous sights like Pripyat and its nuclear power plant.

But the Chernobyl incident is merely one inspiration for the story. The game's name derives directly from “Stalker,” a 1979 Russian science fiction movie directed by Andrei Tarkovsky. But there is more to it: The film is an adaptation of the novel “Roadside Picnic,”written by brothers Arkady and Boris Strugatsky. The game is full of direct references to both the printed work and its film adaptation. S.T.A.L.K.E.R. has been so successful that two expansions have been released and the second installment of the series is already in development.

Metro 2033 (2010) has been one of the most anticipated games of recent years. It recreates the story of Dmitry Glukhovsky’s novel of the same name. The action takes place in a Moscow devastated by nuclear war, where the surviving population is composed of the lucky few who were in the city’s vast network of underground tunnels at that fateful moment. Human life is impossible outside without protection against radiation and arms to use against mutant creatures. Outside, the resources available in a close radius to subway entrances have been gradually disappearing. The population is now located below ground, where each inhabited station has formed a unit similar to the Greek polis, surviving by cultivating a variety of fungi and small game and trading with other stations, establishing alliances that cover entire subway lines.

Both the book and the game include visits to Moscow both under and above ground, as there are several occasions when players have to emerge from the tunnels – either to carry out a mission, find resources or directly engage with another line whose access has been limited because of a bomb.

Metro 2033 has generated so many followers that an underground party has been organized featuring décor and costumes from the series; Glukhovsky has even written a second book, “Metro 2034.”

Russian games also take place in space. The best example is the Star Wolves series, launched in 2004 by Russia’s X-Bow Software and distributed by the 1C Company. The three existing Star Wolves games take place in space, in a future where humankind has spread across the length and breadth of the universe. Large corporations are the new repositories of power, unleashing fierce wars for control of entire solar systems to build their factories and businesses. In this immense sea, humans are just tiny grains of sand.

In this setting, players have control of a mothership to travel between solar systems. Along the way, players have the opportunity to recruit pilots with very different personalities and skills, with whom they can perform any missions they choose to accept. Players’ decisions, which include mounting alien technology on some fighter jets, moving smuggled goods and breaking an embargo imposed on a mining station, impact not only a particular part of the universe, but all of humankind.

As space battles take place, players have to think globally, but at the same time pay attention to details such as the skills of each pilot, hunting tactics and proximity to the mothership. As players move forward, they carry out complex and successful strategies in a plot with innumerable references to Russian science fiction epics.

Russia has been able to successfully use videogames to spread its culture and history, and maybe in time, some of these players will get so excited about the places they visit virtually, they may be inspired to make real visits to the country.