From despair to mercy 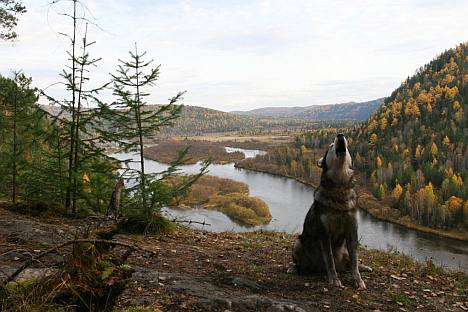 "Siberia Monamour," a film by emerging director Slava Ross, portrays life on the taiga in all its brutality and compassion.

Russian director Slava Ross returned to his native Siberia for his second feature film and the result is a crafted, atmospheric meditation on the darkness of the average soul and the strange possibilities for redemption. The blunt brutality of the film is coupled with an endearing compassion that has garnered the attention of audiences and critics.

Acclaimed French director Luc Besson has acted as a midwife to the arthouse film, titled “Siberia Monamour.” Besson performed final edits and purchased the distribution rights for 20 years. As producer, he is also promoting the film abroad in time for film festival markets.

Besson has worked on 50 films as writer, director or producer in the last 25 years, and his role gave the film just that much more legitimacy within the international film community. “Siberia Monamour” has been screened in New York and is now making the festival circuit.

The work was a decade-long odyssey that culminated in filming from makeshift villages on the taiga with feral dogs and a cold—and at times disgruntled—crew. Ross was finally rewarded with rare praise from American and European critics for his strong direction and arthouse potential.

"Miles away from the absurdist theatrics of his debut feature, "Fat Stupid Rabbit," Ross convincingly depicts various country folk fighting to survive both in and around the ironically named hamlet of Monamour," The Hollywood Reporter wrote, adding that "Performances are strong across the board, and the young Protsko [Lyochka] is particularly touching without ever seeming cute."

“I was born in Siberia and lived there 33 years, and I know about it from my personal perspective,” Ross said after a Moscow screening at the Film Library. “I wrote all this, but of course the scenario resembles real life, from what I’ve seen and known.”

At the center of Ross’s story is a young orphan, Lyochka, and his grandfather, who is played by Pyotry Zaichenko, who heralds from Pavel Lungin’s signature 90s film, “Taxi Blues.” The two live in the otherwise abandoned old village, in the kind of disrepair that is one step from destitution. In their case, they are one forest away from help, and the denizens of the nearby town cluck and gossip about the grandfather’s refusal to move closer to modern amenities. Their only protection is an ancient icon they pray to each night by candlelight. A troubled Army officer and his grunt soldier abuse but then ultimately find a surprising solidarity with a teen prostitute and their path eventually leads them to Lyochka.
The neglected village was constructed for the film. “With the art director we found a glade with a remarkable and amazing backdrop,” Ross said. “Our art director created the village, but we didn’t build it from new materials.  All houses were purchased, disassembled, transported and recreated to make a new place.”

“When I was a VGIK [film] student in 2000, I wrote a short story 'Forgotten in Siberia.' The plot included only two heroes, only the boy and the grandfather, but this story didn't leave me. I didn’t choose to make this film, the film chose me,” Ross often says (both at the New York Russian Film Festival and in Moscow). “I never doubted whether I could make this film or not.”

The French director's involvement was a plus, but it did not come till the bitter end of production. “Luc Besson became interested, in a film after our French partners showed it to him. I got a call from his team and was invited to come and after I did post-production at his studio, Digital Factory, in France.” Ross said. “The film was made with Russian money. Besson helped a lot technically.”

There were many difficult times along the journey of making this film, which features breathtaking cinematography and ominous forces of nature. The out-of-control feral dogs can be hard for audiences to take; for Ross, they represent the cruelty in society, he said. "When we were selecting the landscape (for filming), a wild dog (not involved in the making of the movie) bit our executive producer," Ross said.

“In 2008 we started filming, then the crisis came, we were lucky to finish the film. In 2008, when the money dried up, people started drinking, and there were 40 crew members left. I continued filming with the 20 who stayed. Thanks to this team, because it is only due to them that I managed to find money for next session of filming in 2009.” Because of the quality of the work done during the crisis, Ross received more funding to finish shooting the film.

“Siberia Monamour” was first developed with the Cannes Residency program. Film trade Variety wrote that “Siberia Monamour” has enough plots for a half-dozen films. “Slavering packs of dogs, a devout old hermit, a youngster trapped in a well, a war-crazed army captain and two marauding thieves [are] just some of the characters set against the striking landscapes of an implacable Siberia, yet Ross infuses these melodramatic Russian clichés with such exuberance he almost redeems them.”

The film indeed covers a great deal of territory from faith and despair to violence, sexual abuse, intolerance and, alcoholism, among other themes.  Audiences have found a deep connection with the film, and its frank portrayal of the lost desolation of the village. One viewer at the Film Library said that one does not have to leave the Moscow region to find these lost villages.

Some Russian reviews expressed anger at Ross for perpetuating stereotypes of the hardscrabble, hard-drinking and at times criminal poverty of country life. They expressed frustration that he featured such naked depictions of this “chernukha,” or gruesome brutality. “This is a concrete and specific story and it is not meant for generalization,” Ross said. Ross said at the Moscow screening that his narrative is both “of this time” and “timeless”.

“Siberia Monamour” has been shown in Russian and European arthouses but the venues are limited. The recent free showing at Moscow’s public Film Library  was packed with young and old, and Ross engaged the audience in a discussion after the film.

Ross told RBTH that his next feature film is an English-languagefilm set in the United States. As for the dark pulses of Siberia, Ross said “Siberia Monamour” is full of hope. “I don't see that the lives I have portrayed are hopeless. For me, film is not about the black parts of our life, but about belief and mercy.”