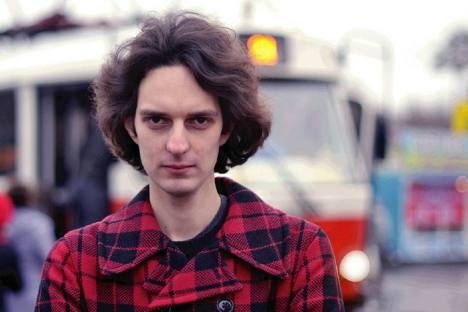 For those Russians who had hoped that the March 4 presidential election would bring about a change in Russian politics, spirits were low on March 5 – but Max Katz is instead celebrating his victory.

Around 8 a.m. on March 5, when it all seemed to be official, a fatigued and elated Max Katz, 27, a candidate for municipal council in Moscow’s Shchukino district, staggered out of the offices of the municipal electoral commission and tweeted, “I’m 90 percent positive that I did it.”

Most of his friends had long since gone to bed, considering the evening of Sunday, March 4, a bad dream. At around 9нфм p.m., an announcer on state TV reads the first results of that day’s presidential election, confirming what many assumed, but refused to believe – 64 percent of Russians had voted in favor of Vladimir Putin, keeping him in office until 2018.

But Katz was not concerned about the election taking place nationwide. His campaign flyers read: “My name is Max Katz. I am 27 years old. The election for the Shchukino municipal council is being held on March 4. This body is completely useless. It possesses no power whatsoever.”

“Everyone told me I should make the same promises other politicians were making, that I would vow to punish corrupt politicians, reduce the costs of gas and water, etc. But I chose to be honest,” Katz said, driving his black Opel through the jam-packed backstreets of his district. The new apartment complexes in the region are surrounded by hoards of cars. The district is known as a prosperous, middle class neighborhood, full of young people. Katz is funding his campaign with money he earned playing online poker. He is a Russian champion, as well as feared on the felt around the world.

This is hardly the only difference between Katz and both standard politicians and polling station officials. In fact, the distinctions could hardly be greater. The polling stations are full of older women, all well-dressed with conservative hair styles, many of whom are former school principals, while the men are all in stiff grey suits with serious faces. And then there are the 20-year-olds, in jeans and tennis shoes sitting on couches next to fake plastic trees and dusty red curtains, posting their observations on Twitter and Facebook. For many, it’s their first time monitoring an election.

Change from the bottom up

By mid-afternoon on March 4, there was hardly anyone left that truly believed Putin would be forced into a second round of elections – not after an election in which images of him flashed across TV screens all day, every day. That’s one of the reasons why Katz decided to run for a seat on the municipal council. It’s the beginning of something new, starting from the ground up.

It was sometime after the first demonstrations for fair election in December that Katz read an appeal by the opposition party Yabloko for candidates for municipal council elections. “To be honest, I want to be mayor in a small Russian town when I am 35, and test my urban development plans,” Katz said. He claims he is not one of the “frustrated city dwellers” and does not want to be labeled by the media as one of the protesters. “I’m actually quite satisfied,” he said.

After the polls closed at 6 p.m., Max Katz turned his Opel back in the direction of polling station 2997. In addition to the six independent election monitoring officials, all of whom were young, baby-faced Russians, there were now six imposing figures dressed in matching black suits, purporting to be election monitoring officials, but in actuality seem more like bouncers. At some point, they started filming Katz, one flips him the bird. Katz keeps his cool. They kept provoking him. They scream hysterically at the drop of a hat until they are able to drive off the only independent member of the election commission. The men in black suits try to provoke Katz and his monitors by any means necessary. The election monitors respond by writing one complaint after another. Finally, the men in black left the polling station and drove off in their sedan. “It could very well be that we just kept them from committing electoral fraud,” Katz said. Around 2 in the morning, the votes are in for president – 52 per cent for Putin in this polling station alone. “That’s impossible,” whispered a young female monitoring official, almost in tears.

Vladimir Putin was also close to tears that night in front on the Kremlin. “We are victorious,” he states from atop the stage, thanking the thousands of people chanting his name.

There was no one chanting Max Katz’s name, but nevertheless, out of a total of 16 candidates, he received the third-highest number of votes and has been elected to the municipal council along with four other members. The first step has been taken.