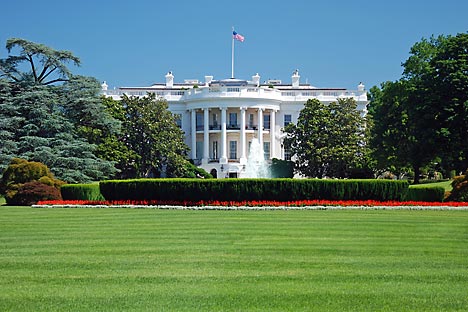 American authorities could soon be sharing classified data on missile defense systems with Russia in an effort to recruit their former Cold War foe to prepare against possible rocket strikes.

Officials from within the White House told reporters this week that Washington is considering talks with Moscow that could lead to both nations exchanging top-secret intelligence involving their respective missile-defense systems. Responding to an inquiry on the talks, a Pentagon spokesperson confirmed to Reuters on March 13 that the Obama Administration is indeed looking to iron out a deal with Russia that would satisfy the desires of both nations.

Sharing missile defense data has been a sticking point between the two major nuclear superpowers since the U.S. announced plans to build an anti-missile shield in Europe. Even after both parties agreed to cooperate on missile defense, Moscow and Washington have been at odds over if and how their respective anti-missile programs should be managed jointly. Russia has asked for the United States’ cooperation by insisting that the missile defense systems of the countries be united into one global program; the U.S., on the other hand, has favored separate programs, although at the same time it has advocated for establishing a working relationship between the two systems.

According to the latest reports, the U.S. could be extending to Russia some top-secret intelligence on American interceptor missiles; in return, Russia may offer access to its own radar system and missile-defense program. Up for grabs is believed to be details on the velocity at burnout rate, or VBO, of U.S. interceptor missiles. That statistic details the speed of defense missiles and could be enough on its own to let Moscow largely establish its own defense strategies. While both nations would agree on preparing for strikes from common foes, others suggest that extending the intel to anyone outside of the American intelligence community could be a colossal mistake.

If this information is shared, it is more than likely to be met with staunch opposition from conservative members of Congress who still see Russia as a Cold War enemy. While still running for president last year, Representative Michele Bachmann (Republican-Minnesota) even insisted that the Soviets still pose a threat to the U.S., telling one radio host last summer, “What people recognize is that there’s a fear that the United States is in an unstoppable decline . . . They see the rise of China, the rise of India, the rise of the Soviet Union and our loss militarily going forward.”

Riki Ellison of the Missile Defense Advocacy Alliance told Reuters that this deal would give Russia exactly what it wants, and that making a deal with Moscow might be dangerous to America’s national security.

"That is why it is important Congress insist on protecting our classified missile defense information, and our right to deploy missile defenses without concern for Russia's posturing," Representative Mike Turner (Republican-Ohio), chairman of the House of Representatives' Armed Services subcommittee on strategic forces, told Reuters on March 13.

In a statement earlier this month, Rep. Turner condemned the Obama White House for failing to take initiative in moving towards a more all-encompassing missile-defense system. “Since entering office, the Obama Administration has demonstrated a lack of interest in, and support for, missile defense – specifically, the defense of the United States,” Rep. Turner charged, pointing out that the president slashed 10 percent of the country’s missile defense budget between this year and last.

Addressing concerns over how a weakened defense system could impact the U.S., Rep. Turner added, “[W]e have to understand how we're helping the administration to deliver on what it says is its number one priority: the defense of the homeland. I have to say, I'm not sure how we're doing that in this budget.”

Turner also said that both nuclear and missiles programs in Iran and North Korea have expanded, while the U.S. has been scaling down on its own. “The president's missile defense policy must be reevaluated, and national missile defense must be adequately funded, as opposed to the mere lip service paid to it by the Obama Administration,” the congressman said.