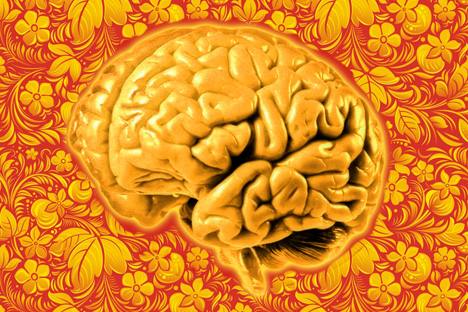 The brain drain problem is an indisputable fact, but we should not try to stop it.

The brain drain is only part of the process known as migration. According to surveys by the All-Russian Center for Public Opinion Research (VTsIOM), more than 20 percent of Russians want to go abroad. This is most clearly expressed in the younger generation, but the desire to leave exists even among people of retirement age. By no means do all of them go, but the very fact that 20 percent of the population is prepared to leave the country at the earliest opportunity, says that Russia does have a drain of people in general and brains in particular. There are many reasons for this, the most common being the impossibility of self-fulfillment, corruption, the difficult social environment and the more difficult climate.

Read more: Skolkovo as a barrier to the brain drain

Some of these problems could be solved by internal migration, but this is poorly developed in Russia. There is a major lack of infrastructure in the regions, and there is a higher-than-usual degree of centralization of the economy. In many smaller cities, it is difficult to find a suitable apartment; there is a lack of restaurants, theaters and clubs; and – most importantly – salaries are often several times lower than in Moscow or St. Petersburg. As a result, it can be easier to move abroad than to a Russian regional center.

But this does not mean young émigrés need live abroad forever.

Science, like most other areas of life, works according to the clan principle. A young scientist who goes abroad relies primarily on the support of the Diaspora. In the 20th century, Japan successfully implemented a model of development of science through a global Diaspora. After World War II, Japanese scientists left for many countries. After becoming established there and doing various research projects, they began to invite their young compatriots to join them. In scientific circles, work is done on a project basis; that is, the employee is invited to work on a specific project. After it is finished, the person is in fact still without a job, unless he is invited for follow-up research. As a result, young Japanese, having worked for several years on projects in the United States or Europe and having gained foreign experience, returned to their country and continued their careers there, once suitable conditions had been created for them there.

A similar model can be implemented in Russia. There is no point in forever trying to get scientists who left to return. We can offer them participation in specific projects, on which they would work here for three to five years. A first-rate researcher or athlete is a person of the world, who lives and works where he is offered the best conditions. From a financial point of view, the Russian market is quite competitive. In recent years there has been clear demand for research from major corporations, primarily, of course, in the raw materials industry, machine building, and metallurgy.

Representatives of the Russian Diaspora in Europe and the United States say that there is interest in working in Russia. There are many reasons for this. The most common is the possibility of self-fulfillment. Early in their careers, many of them indeed found it more comfortable and easier to work abroad; but there are hidden barriers that are almost impossible to overcome. It is not yet possible even to imagine a Russian in Europe or the United States being the head of a national laboratory or university. These are strategic posts, which are not entrusted to a foreigner, however talented he may be. And many of our compatriots are hampered by this "ceiling," finding they cannot continue to develop. No such limitation would exist for them in Russia.

There is another reason: many remain nostalgic, with memories of their homeland, and want to work in the country where they grew up. This is especially true of successful first-generation emigrants.

It is impossible to stop the "brain drain," simply because migration is an organic process in the scientific world. It is another question, though, that Russia also needs to change the dynamic: not only selling minds, but also buying them. We have already begun, but we are still, of course, far from such giants as the United States, United Kingdom and China.

Oleg Alekseev is the Vice President and Chief Operating Officer for Education and Research at the Skolkovo Foundation.