No arab spring in Russian winter 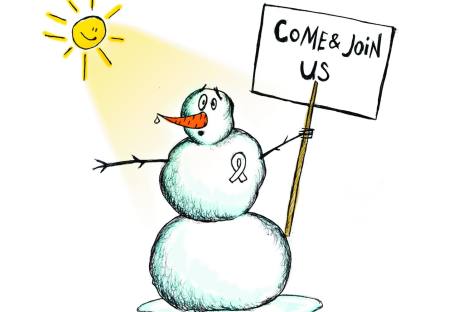 The Western media’s reaction to the events surrounding the presidential election in Russia seems to have been somewhat misguided. Headlines such as “Putin’s pyrrhic victory” and “The end of Putinism?” were rampant, but was there ever any real chance of the so-called “snow revolution” toppling Putin?

It’s hardly surprising that Senator John McCain tweeted that the Arab revolution was coming to Vladimir Putin’s door, as McCain also believes the American operation in Afghanistan to be a “sustainable success” (according to his recent opinion piece in The Washington Post ). McCain’s tweets can safely be reserved for optimistic fantasists.

What is more worrying is that the same revolutionary tune was adopted by American, British and other west European media giants, some of them even with their own correspondents in Russia. How could the modern media leviathan be so blind to the reality of the situation?

It is arguable whether a revolution in Russia, especially one modelled on the Libyan or Egyptian uprisings, would be good for the West. Why the Western media tends to believe stories about Vladimir Putin’s hostility to the West, quoting only Putin’s bitterest enemies as reliable experts, is a mystery to me. Putin’s record in power (agreeing to American bases in Central Asia and an International Security Assistance Force transportation hub in Central Russia; acquiescing to Nato’s and the EU’s expansion into the Baltic; encouraging mergers with western companies) is not anti-western.

But even if we agree that Putin being removed from power by the snow revolution would have been a good thing, it clearly wasn’t going to happen, though dramatic pictures of bored Moscow clerks and the likes of Ksenya Sobchak (Russia’s Paris Hilton) demonstrating against the regime produced heightened expectations.

The first reality check should have registered in January, when Sobchak (now in fashionable protest garb) and most other protesters happily went abroad for the New Year vacation. Revolutionaries don’t go on vacation. It is also worth mentioning that the much-praised middle class (in fact the city’s rich residents), who were behind the protests, never threatened Putin with strikes. The reason was simple – the city could happily live with these people striking. It doesn’t look like the 1917 Bolshevik revolution or even Paris in 1968. And it certainly doesn’t look like the Arab Spring, especially in the middle of Russia’s winter.

Luckily, Russia is not Egypt – its people are not so desperately poor that a $1 rise in the price of a kilogram of bread would leave millions of its citizens with little food. Russia is also not Yemen – most Russians are unconcerned about religion and have a distinctly European culture, with only mild overtones of Orthodox Christianity. Hotbeds of Islamist extremism are limited to the North Caucasus, and radical Islam has no mass support in the country. Russia is also not Georgia – even the most pro-western president of Mikheil Saakashvili’s kind will not be able to squeeze out of the West enough economic aid to make 142 million people happy (Saakashvili had only limited success with his four million).

Criticism of Putin’s Russia (in fact, any kind of Russia) and a certain anti-minority element were strong in the recent protests. Nationalists, including Alexei Navalny, suggested leaving the mostly Muslim North Caucasus to its own devices and sealing off the border with Central Asia; Russophobes like Viktor Shenderovich sang the old song about Putin’s supporters (saying that most Russians are sheep or idiots). But that doesn’t mean that a Russian revolution is about to  overthrow the government. Parts of Russia may experience similar uprisings because of economic difficulties or the spread of extremist ideologies as a  result of the Arab revolutions. Strings of local crises may indeed destabilise the country, but there is only a very slim possibility that poverty and extremism will help the western-backed liberal revolutionaries.

The West will, sooner or later, suffer from such a revolution, too – just like it did in the 20th century after the victory of Russian extremists in 1917, with their seemingly progressive ideology.

Dmitry Babich is a political analyst for the Voice of Russia radio station.