Shoigu moves from Emercom to governorship 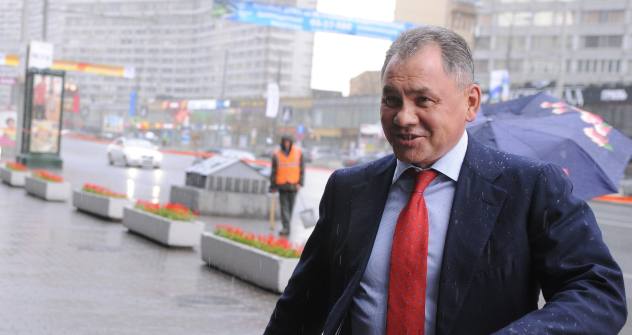 The former Minster for Civil Defense, Emergencies and Elimination of Consequences of Natural Disasters has been appointed governor of Moscow region. Experts say that the new governor is facing exceptional challenges.

The news that Emergency Situations Minister Sergei Shoigu was to be appointed governor of Moscow region made headlines as soon as the rumors began. For 21 years, Shoigu had been Russia’s chief rescuer and one of the country’s most popular ministers, thanks to his personal involvement in all major national emergencies. But many observers wondered if this experience really prepared Shoigu for regional governing – especially in a region as complex as the Moscow Region. Nevertheless, regional Duma deputies approved Shoigu for the job on April 5; he will be sworn in on May 11.

Related: Tandem shuffle has experts divided in their assessments

The Russian press pointed to the symbolic significance of Shoigu’s appointment. “The Moscow region is, in essence, a huge emergency area,” wrote Ogonyok magazine, “Everything here has to be built from scratch, including the administration, which has been corroded by incompetence and corruption and brought to the brink to bankruptcy. It is a half-destroyed infrastructure...”

Not all comments were so pessimistic, but the opinion that Russia’s chief rescuer will have to take some urgent measures was shared by many.

“Among the key tasks facing the new governor are the creation of new jobs, the fight against crime and corruption, and the construction of ‘a productive model of interaction’ between the heads of the region’s municipal entities,” said Viktor Kidyayev, head of the State Duma’s Committee on Local Governments.

According to experts, Shoigu has two cards up his sleeve: he is popular with the people, and he has the support of the country’s top officials. “For a governor, it is important to be able to withstand pressure from the federal center. Sergei Shoigu is a politician on a federal level with direct access to Putin, Medvedev and anyone else in the country,” said Boris Nadezhdin, a former chairman of the Right Cause party in the Moscow Region.

The Kremlin is also happy with Shoigu in his new role – not just because he is highly qualified, but also because he is loyal, said Mikhail Remizov, president of the National Strategy Institute. At the same time, it is possible that the strategic challenges faced by the new governor may be far more ambitious than simply saving the region.

Shoigu’s first public appearance as the region’s new head was at a meeting on the implemention of the Moscow expansion plan, held by President Dmitry Medvedev in the town of Troitsk. As a result of the reform, the territory of the Russian capital is expected to increase by two-and-a-half times – at the expense of Moscow region. The capital will get an extra 144,000 hectares, which will accommodate various government departments and federal bodies. Many see Shoigu’s key task as preparing the region for this plan. And this is not an easy thing to do.

Shoigu’s attitude to Medvedev’s plan has been discussed in the press since early April. Citing an anonymous source, the newspaper Izvestia reported that, going into the meeting, the region’s new head had hoped to get a clear answer to the question as to why it is not enough to simply move some government institutions out of Moscow into the neighboring towns instead of expanding Moscow. Forbes columnist Konstantin Gaaze anticipates conflict between Shoigu and Moscow Mayor Sergei Sobyanin, who is working actively on the plan to expand Moscow’s territory.

Shoigu himself has been cautious with his comments toward the Big Moscow project, focusing on the need for integration as part of Moscow’s agglomeration: “Moscow and Moscow Region belong to the same country. It’s not like France and Holland, which are divided by a border,” Shoigu stated, following his meeting with President Medvedev. Meanwhile, experts believe that it may be difficult for Shoigu to establish a good working relationship with Sobyanin

“At first, the relationship will be based on partnership and constructiveness. But, sooner or later, confrontation is inevitable,” said Georgy Chizhov, vice president of the Center for Political Studies. “Shoigu and Sobyanin are two powerful figures with an authoritative management style. They are both used to commanding roles, and there are many unsolved problems in this region, in which both parties have vested interests.”

Political analyst Vladimir Slatinov is more optimistic in his assessment of the Sobyanin-Shoigu marriage. He thinks Shoigu was chosen so “the Big Moscow project will be implemented by two heavyweights.”

The two men will not have much time to get their relationship off to a good start. Formally, Moscow’s borders will be expanded on July 1 and, towards the end of the year, a plan must be prepared in full for transferring officials to their new homes. At the same time, it remains unclear just how the local population will react to the president’s plan. According to analysts, local residents are evenly divided on the expansion. It is possible, according to some experts, that Shoigu’s first contribution to the implementation of the presidential plan will be to use his personal reputation to win more local support for the plan.