Should journalists participate in the protests? 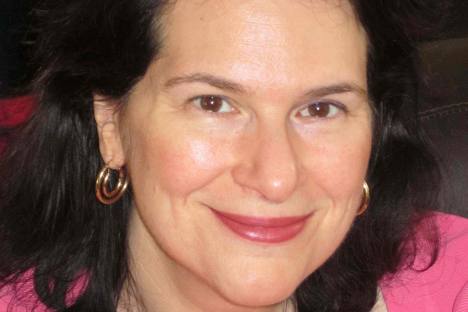 Beth Knobel, an award-winning journalist in Russia for the Los Angeles Times and CBS News, where she was Moscow Bureau Chief. Source: Press Photo

American journalist Beth Knobel, who made the presentation about American media coverage of Russia at Columbia University’s Harriman Institute, talks to RBTH about advocacy, journalism and the Internet in Russia

{***Should journalists participate in the protests?***}

Read an excerpt from Beth Knobel’s presentation about American media coverage of Russia on the next page. 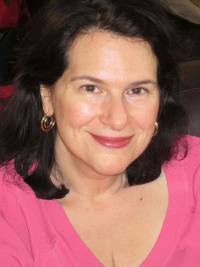 Beth Knobel, an award-winning journalist in Russia for the Los Angeles Times and CBS News, where she was Moscow Bureau Chief. Source: Press Photo

Knobel spent 14 years working as an award-winning journalist in Russia for the Los Angeles Times and CBS News, where she was Moscow Bureau Chief. Since 2007 she has been an assistant professor of communication and media studies at Fordham University in New York.

Russia Beyond the Headlines: During last several months of protests, Russian journalists covered the events and actively participating in them. A few journalists were among the organizers and leaders of the protests. Why do you think this happened?

Beth Knobel: They may be journalists, but they are also citizens of their country and they care about it and they want to exercise their right to voice their concerns as people get to do in democratic countries.

RBTH: So you don’t see any conflict between their journalistic duties and their active participation in the protests?

In the United States we have different rules. I can only talk about CBS News which is where I work, but CBS news has a guide to ethics that is dozens of pages long and it has very detailed rules about what journalists can and can not do. So, at CBS a journalist would not be allowed to take part in a protest movement like that because it’s very important to us, as American journalists, that we maintain our objectivity.

RBTH: What is the role of the Internet in Russian journalism? Does it provide another platform for objective coverage?

The reality is, not that many Russians read newspapers any more, most of the get their information from television, and the television is highly influenced by the Kremlin. And therefore the Internet is providing a whole different way of spreading new information about Russia, the same way it’s creating new ways to spread new information about America and every other country in the world. So in a country where television is either directly government-owned, like Russian TV, or it’s owned by a state-owned company as with NTV, it’s good for democracy to have as many different sources of information as one can possibly have.

RBTH: Do you think there is independent media in Russia?

It’s a problem that virtually every organization in Russia is funded by someone. And therefore most news organizations have some kind of reflection of the place where they get their funding. Which is why that we in the West are really lucky that a lot of our media are publicly traded companies. Like CBS, like the companies that own ABC and NBC, like The New York Times, the Washington Post company, and therefore our TV companies tend to be owned by millions of people, and that’s what allows them to be truly independent.

Perhaps some day in Russia more media companies will be publicly traded companies, so people can buy shares and that will help to create truly independent media. Even people who have their own websites in Russia – it’s still theirs and they have a point of view they want to share, and if you can’t have truly independent media, then the next best thing for democracy is to have a plethora of media, to have lots of varied media. So it’s good for Russia that there are more and more Internet television stations, Internet publications and newspapers that are being started—the more the better.

{***Recalling when the West covered Russia***}

Recalling when the West covered Russia

Beth Knobel recently spoke at the conference, “Media from Perestroika to the 2012 Elections: Is the Cold War Over?” at Columbia University’s Harriman Institute.

Below is an excerpt from Knobel’s presentation about how American media coverage of Russia has changed, and decreased, since the 1990s.

Probably during the Cold War time there were more journalists than in the 1990s or they were in a slightly different configuration. But 1997 is a fairly good indicator of what things looked like in 1991, so my comparison is based on statistics of 1997 and 2012. In terms of newspapers, in 1997 there were 11 newspapers that had a Moscow correspondent or correspondents, versus only five today.

But the numbers don’t tell the complete story.…When I started out in The Los Angeles Times in the early 1990s, we had four full-time correspondents sent in from the West.

Other newspapers have completely held out from having foreign bureaus. Smaller, regional newspapers like The Chicago Tribune, Newsday, and The Philadelphia Inquirer, all of which were able to keep foreign correspondents, don’t do that anymore for lots of reasons. They are not as interested in foreign news, and they have their problems with funding, because since 2008 the newspaper business has been in a pretty bad shape.The situation with magazines looks pretty similar.

As for television, in 1997 ABC, CBS, CNN, NBC and Fox were present in Russia. Now CBS is completely gone. ABC and NBC are keeping a crew and a small office, but they have no full-time correspondent. The same deal with Fox which has actually outsourced its presence there to a production company called Feature Story. The only one with a real full-time correspondent there is CNN.

There is a secondary effect from losing all of those TV reporters which is that they all had radio arms, and during Soviet times and immediate post-Soviet times there was so much radio news picked up about Russia from CBS radio, and ABC radio, and NBC radio. Those operations have also dwindled down to almost nothing.

But the newswires are expanding

In 1997 there were only AP, Dow Jones and UPI. Now we have AP, Dow Jones, UPI, Bloomberg and Platts, so we can speak about an explosion in newswires. In particular I would like to talk about Bloomberg. Bloomberg is now by far the largest American bureau in Moscow, they have fifteen or sixteen people working for the English service and another five or six working for the Russian service, and they pretty much dwarf anybody out right now except for international agencies like Reuters.

What is result of all this? How much news and what kind of news can you have when you have a large bureau? When you have lots of people you get to do investigative pieces. For example, when I worked at the L.A. Times, one of my colleagues did a fantastic multi-part series about the ecological legacy of the Soviet Union, which was a finalist for a Pulitzer Prize. It’s very hard to do that kind of high-quality reporting if you only have one person in the country. All they can do is basically the headline service. So, there is a lot less originality and there is a lot less of what I call enterprise reporting when people go out and report story that isn’t being reported by everybody else.

That’s the situation with the foreign press in Russia now.