Moscow changes plans for the metro 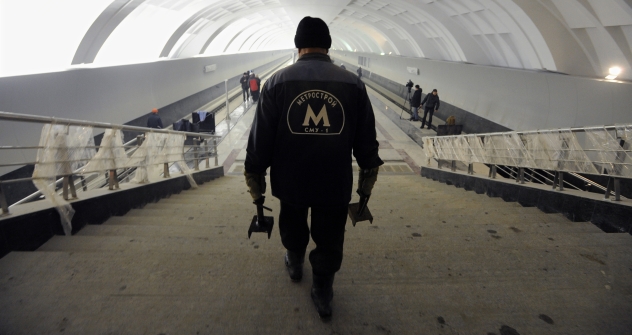 With the relocation of government offices to the southwest of Moscow, the plan to expand the metro system has been revised.

By 2020, the Moscow Metro will have nearly 95 miles of new lines, including access to the proposed new government area planned for construction in the southwest of the city, according to an announcement made by Moscow Mayor Sergei Sobyanin at a government meeting. The budget for the project will be 100 billion rubles ($3.4 billion) per year up to 2020. The expansion will more than double the size of the metro. ”As a result, more stations will be within walking distance and the load on some metro lines will be relieved,” Sobyanin said. According to City Hall, while the average traffic on the metro is four-and-a-half passengers per square meter, on many stretches the number is as high as six to eight passengers.

Related: Moscow according to Guinness

Last fall, city authorities adopted a plan to develop the transport system from 2012 to 2016, including a five-year plan for metro construction in Moscow. During this period, 46 miles of new lines, 37 stations and five train depots are to be introduced. According to Marat Khusnullin, deputy mayor for urban development policy, the program is already being implemented: 18,000 builders are working round the clock at 69 sites to construct 31 miles of lines. “We plan to start building a further 15 miles of metro lines, and that means seven stations, by the end of the year,” Khusnullin said.

Because of the expansion of Moscow’s boundaries, it became necessary to revise the master plan with an eye towards linking the metro with commuter train stations and roads.

As part of the development, a new 26-mile-long ring connect the various metro lines will be added. At the moment, passengers who need to change lines need to come far into the center; the new metro ring will pass closer to the center in the north and closer to the city outskirts in the south. Khusnullin said that the new ring will relieve pressure on existing metro lines.

The deputy mayor admitted, however, that the shortage of skilled workers and uncertainty about the project’s funding are hindering progress. At the moment, the project is financed entirely out of the Moscow city budget. In 2012, the city allocated 100 billion rubles ($3.4 billion) for the metro (73 billion rubles ($2.5 billion) for new construction and the rest for replacing equipment and rolling stock) –almost double the amount allocated in 2011.

The metro construction program should be implemented alongside other measures, said Nikolai Zalessky, research fellow with the Higher School of Economics’ Institute of Transport Economics and Policy.

“So far, the problem of using railways to carry passengers within the city has not received enough attention,” Zalessky said. “Railway tracks occupy a large area in Moscow. The Moscow government is currently contemplating the launch of passenger traffic on the inner ring. But commuter lines should also be used more actively and new connection hubs between different types of transport must be built.”

Zalessky added that the slow pace of metro construction over the last 20 years has not just aggravated the transportation problem, but has set the metro building industry back a number of years.