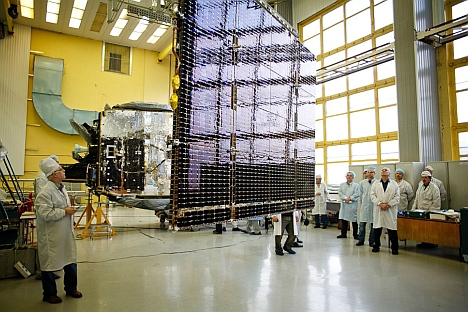 A closed city in Siberia experiences a revival thanks to Russia’s answer to G.P.S.

In the depths of the Siberian taiga, on the banks of the Yenisei River lies the city of Zheleznogorsk. Founded in 1950 as a center for weapons-grade plutonium production, it wasn’t a place people move to, the city was “closed”. Even local residents should have had permission to leave and return. 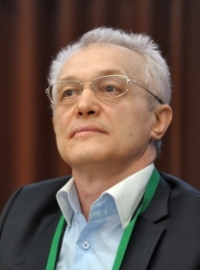 Related: What role will Russia play in the space century?

Going through the fence that surrounds the city is like crossing a time warp into the Soviet Union of the 1950s. There are wide avenues flanked by five-story apartment blocks; in the center of town stands the former Rodina [Motherland] movie theater and the main entrance to the company that, before the days of perestroika, built the world-famous Kosmos and Molniya satellites, the most powerful of their time. At the beginning of the 21st century, the city gained a new lease on life, thanks largely to the program to develop the Glonass navigation system, the Russian answer to G.P.S.

“In the 1960s, the whole Soviet Union dreamed of space! It was prestigious to work in the industry,” said Vladimir Khalimanovich, now director of the Branch Center of the Information Satellite Systems company (I.S.S.), which dominates the city’s economy. He moved to Zheleznogorsk 47 years ago from the central Russian city of Kazan. At that time, nearly every student dreamed of the opportunity to move to a place like Zheleznogorsk, because it was thought that only the best of the best were recruited to closed cities.

The prestige was one of the things that helped make the difficulties of living in a closed city worth the trouble. Living in a closed city meant that visiting friends and relatives had to be vetted by the security services. “That procedure applies today, too,” said Yelena Prosvirina, an I.S.S. foreman. “At first it’s inconvenient to have to ask permission every time, but you soon get used to it.” During the Soviet era, there were other benefits, too. For example, certain types of food that were unavailable in ordinary Soviet cities could be bought in the closed ones. But unlike the residency restrictions, this changed with fall of the Soviet state.

During the 1990s, the residents of Zheleznogorsk, like the rest of Russia, were plunged overnight into the harsh conditions of capitalism. Like the majority of Russian enterprises, I.S.S lost the lion’s share of its state financing. The factory continued quietly building satellites for military purposes, but there were few new projects and the factory’s workforce of more than 10,000 was cut almost in half.

In the 2000s, however, the government began to invest funds in the creation of the GLONASS satellite navigation. Today the annual turnout is 20 billion rubles ($625 million), two-thirds of it are provided by the state; the rest comes from commercial orders.

The realities of capitalism

I.S.S. began getting international contracts in 90-s, but after 2008 they became more active. That year, Israeli satellite operator Space-Communication Ltd ordered the AMOS-5 satellite; then, in 2009, Indonesia’s PT Telekomunikasi Indonesia Tbk bought the Telcom-3 telecommunications system. Later, contracts were signed regarding producing satellites for Ukraine and Kazakhstan. “Every year we take part in four or five tenders, of which we usually win one.” said Khalimanovich. Today about 40 satellites are in production at the same time, including secret military systems, Glonass satellites, and telecommunications satellites for Russian and foreign operators.

It costs approximately $150 million to build one satellite, not including launching ($50 million) and insurance (20% of the satelite producing costs). One small error results in a complete loss, so a huge number of tests are done at each stage of construction. One of the most spectacular is the trial unfurling of the wings – the solar batteries of the finished satellite. “The preparations can take several days. Operations begin only when the staff have checked everything multiple times and put loads of signatures on various documents and the client’s representatives have switched on their video cameras for the minutes,” said Sergei Openko, chief designer for electrical testing and electrical design.

The increase in orders has allowed the factory to do some hiring. Today 8,000 people work at I.S.S, and the third part of them are younger then 30. Graduates from the aviation universities in Kazan, Tomsk and Moscow are again drawn to Zheleznogorsk, but this time, the attraction is not prestige, but money. Salaries at I.S.S. are about twice the national average for new engineers. I.S.S. also has a co-op program that allows students in their final year of study to get on-the-job training, with pay.

“I.S.S. is an excellent place for training staff. If we could, we would buy up the majority of its specialists,” said the manager of a Moscow company involved in satellite construction who wished to remain anonymous.

The influx of new employees has benefited the town of Zheleznorgosk. New housing complexes are being constructed where young engineers can buy apartments under favorable terms and the company covers half the interest. But the services in the city are still not developed. The town has a population of almost 100,000 but there are only a few cafés, one restaurant, a single night club and one expensive movie theater. But the lack of amenities is easy to explain. It’s difficult to start a business in a closed city. The process requires stacks of agreements. Therefore there’s no competition.