Greece’s future could lie to the east 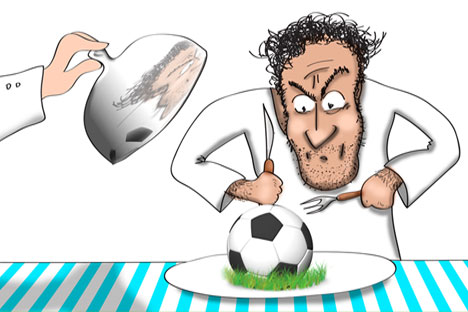 A Greek exit from the eurozone could open up the country for partnership with Russia.

With the victory of center-right parties in Greece’s parliamentary elections, the rest of the EU heaved a sigh of relief. But this reaction may be premature.

The radical left party has only fallen behind by three percentage points and still remains a fearsome power. The right centrists will have to cooperate with the center-left party, which might not be inclined to betray the interests of its electorate, and then the new government will find it difficult to fulfill the demands of creditors unconditionally and in full. Even a strong pro-EU government may not put an end to the crisis.

It is time to admit that European integration is to a great extent a neo-colonial undertaking. New members of the European Union have been forced to comply with the standards set by the old members at the expense of their own development. Initially, these limitations were compensated over and above by infrastructure development – but once the infrastructure was completed, the economic development stumbled.

Today Southern Europe struggles the most. When the Southern European countries were entering the EU, their governments still cherished the illusion that newer members could achieve the kind of economic development seen in Germany and France. The new members accepted social and financial guarantees in advance, with a view to their future development, even though this development was fundamentally impossible.

The recurring discussions focusing on the practicability of Greece’s secession from the eurozone ignore the enormous price that will have to be paid not only by Greece itself (which would see its GDP drop by half within a year, according to current estimates), but also by the rest of the eurozone countries. Eurozone financial systems will not only lose the Greek debt service payments, but also the country’s financial market. Therefore, any conscious exit of Greece from the eurozone seems improbable.

The desperate situation of Athens, however, is but one manifestation of both the pan-European and the global economic crisis. Global lack of demand hits the weakest, most debt-overloaded links of the global economic system hardest, and there simply are no markets in the world where Greece could reorient itself.

Therefore, the Greek crisis will most likely be mitigated by spontaneous and thus most destructive social and political processes and possibly even cataclysms. They will certainly have the power to force Greece out not only from the eurozone, but from the EU as well, and not in an amicable way.

Such a destructive secession will make the remains of the Greek economy a rather attractive prize for energetic non-European countries capable of global expansion. This country is unlikely to be the U.S., which is plagued by its own serious problems. Today the most probable buyers for Greece seem to be China and Turkey, although the cultural gap with the former and the history of relations with the latter make them far from agreeable partners for Greece.

This situation might force the post-crisis Greece to look for strategic partners capable of counterbalancing the influence of these buyers, and Russia could easily become such a partner, seeing it as a new, unexpected opportunity for external integration. A union with Greece, now liberated from the restrictions of the European Union, could offer a quality upgrade to the strategic heft and influence of Russia both in the region and in the world, and open new unexpected opportunities for Russian business. After all, the very first form of the Greek national state in modern history – the Septinsular Republic (1800-1807), was as a matter of fact a Russian protectorate and existed under the protection of Russian arms. And since economic power keeps progressively displacing military force, in just a few years the big Russian money could easily play the part of a squadron.

Mikhail Delyagin is the director of the Institute for Globalization Studies