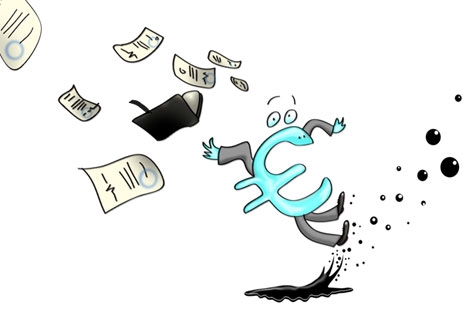 Europe is and has always been Russia’s trading partner, so naturally, when Europe is in trouble, the main question for Russian companies is how it will affect them.

It appears that, at least so far, the impact from the Euro crisis has not been particularly significant on the Russian real economy. The Russian economy currently grows at a relatively slow pace, but is nevertheless operating with a very small output gap. In other words, demand exceeds supply, so a relatively small reduction in external demand has not been felt in a material way. Here all depends really on whether the Euro problems end up resulting in a significant and sustained downturn in commodity prices. Indeed, during the previous few market scares related to European problems, prices for commodities, which are key to Russia’s earning power, experienced a very significant decline. A decline in prices for exports such as oil and metals is where Russia’s economy can really get hit hard, and where the government, too, will feel the pain.

The Euro hangs in the balance

Russia’s oil sector taxation is structured in such a way that oil companies pay a progressively higher share of their revenues when oil prices are higher. This is similar to a progressive income tax system, but in an extreme proportion. This is done to make sure that the windfalls from oil profits do not benefit primarily oil companies, but rather are taxed away and distributed (presumably) among the Russian people. However, this policy has an interesting side effect. When oil prices fall, oil companies see only a very small decline in their revenues, since when oil prices are high, the lion’s share of their revenues are taxed away anyway. The flip side is that the government takes a serious hit when prices drop.

So, Russia will be affected by the European crisis in a serious way if it results in a significant decline in oil prices. This was the case in the past, and this might be the case now. It seems though that, structurally, the oil market is currently very tight, so while a short-lived collapse in prices is entirely possible, a long-lasting impact is far less likely.

Apart from direct trade implications, there are also capital markets, which suffer from the European crisis in a profound way. The Russian equity market in particular is extremely sensitive to any decline in global risk appetite. Every time the world starts fearing that a financial meltdown in Europe is imminent, investors start selling not only European assets, but assets from all over the world that are not perceived as risk-free. Russian assets fall into that category. Last year, from peak to trough, the Russian equity market lost a whopping 43 percent on the back of the fears that the Eurozone banking system was going bust. A similar impact, though of a smaller magnitude, is normally felt on both the ruble and bond yields. The ruble lost 16 percent of its value in 2011 as a result of the European problems.

This impact on asset valuations is not unique to Russia. In recent times, the Russian market was falling on the back of Europe’s worries in line with the rest of the world’s emerging markets. However, this fact doesn’t help, and clearly repercussions of violent declines in stock prices on the Russian financial sector do not become smaller because of this. These repercussions are related to the value of collateral on corporate credits, trigger margin calls and result in other factors, negatively impacting the banks’ loan quality.

All of the above is only true for as long as the European authorities and the European Central Bank do not allow the area’s financial troubles to trigger a systemic banking crisis, resulting in freezing of the money markets, lack of trade finance and similar post-Lehman experiences. This doesn’t seem likely, but in case this financial Armageddon is allowed to happen, implications for Russia will be much more dramatic, and will than cause a serious downturn in the country’s economic performance.