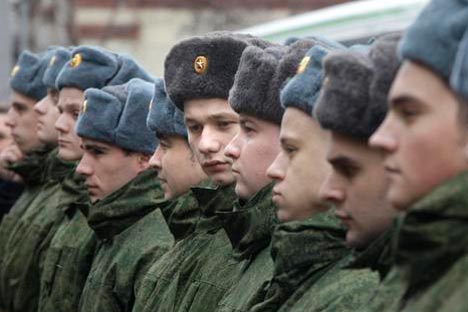 Russian lawmakers are preparing a bill that would bar men who avoided compulsory military from taking on a host of civil service posts. The new rules would apply to authorities’ children as well.

In a bid to stoke patriotic sentiments, Russian lawmakers are preparing a bill that would bar men who avoided compulsory military from taking on a host of civil service posts.

If passed, the bill would prevent those who have skirted military service from working in legislative and executive power bodies, being elected as regional governors or municipal deputies, or serving in law enforcement agencies, Franc Klincevich – the author of the initiative and a member of United Russia party – told Izvestia daily.

Those who completed their military service would, on the other hand, be given a priority when considered as candidates for bureaucratic posts. In addition, they would be able to enter universities without having to take the otherwise compulsory exams.

An exception would be made only for sportsmen representing the country at world and European championships, as well as state prize-winners.

“Military service certainly instills the feeling of patriotism among young men,” Andrey Krasov, a member of the State Duma’s Defense Committee, told the paper. According to the MP, future civil servants should be patriotic not in word, but in deed. “That is the principle of social justice,” he added.

The new rules would apply to authorities’ children as well.

“As it is, officials’ children easily get civil service jobs, and always avoid military duty. This won’t be the case in the future,” Krasov stated.

The proposed bill – which was welcomed at the Defense Ministry – remains a topic of heated debate in the parliament’s Defense Committee.

“A civil servant’s work, one’s professional qualities, have nothing to do with whether he served in the armed forces or not,” Sergey Zhigarev, a senior member of the body, insists.

Conscription in Russia entails one year of mandatory service for all male citizens aged between 18 and 27. Alternatively, they can do a 3-year state service stint or get deferment for health reasons.