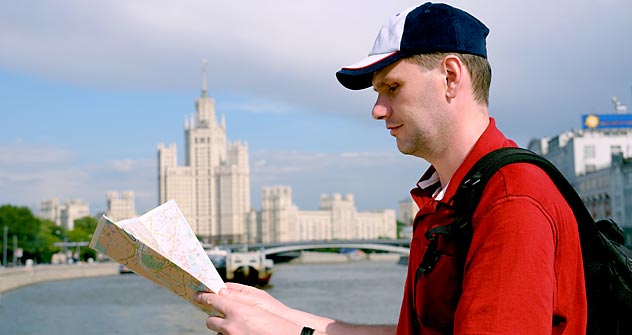 See the less well-known landmarks of Moscow on three off-the-beaten-track tours which bring its cultural history to life.

The Kremlin and Red Square are the most famous landmarks of the Russian capital and should not be missed when sightseeing. But there is so much more to see in Moscow, and a trip off the beaten track can take you to the places that make Russia such a unique destination for art, architecture, literature, music and natural beauty.

Penelope Vogler, who recently made her first trip to Russia, says of her five days in the city: “Moscow is an unforgettable experience; a rich mixture of awe-inspiring culture and fun. Even an underground journey is an adventure in Soviet art and history. I particularly loved the churches with their 360-degree, floor-to-ceiling colour in tiles, paintings and gold; the sweep of the river and the beauty of the parks in May. Tolstoy’s house, the galleries and palaces all put in place pieces of the historical and literary jigsaw that most of us in the West, don’t know about, but should.”

So, for a true taste of Moscow’s culture, here are three itineraries that you can do yourself – each in a day.

Day 1: The art and architecture tour

Gitanjali Chaturvedi, who visited Moscow from India, recalls: “The one thing that is inseparable from Moscow is art; it’s everywhere.” Many visitors make a beeline for the Pushkin Museum of Fine Arts with its fabulous collection of western European impressionist paintings, but why not sample some Russian art, too? The Tretyakov Gallery, in the picturesque Zamoskvorechye area, offers a crash-course in history and culture, from icons and imperial portraits to poignant Russian landscapes and epic recreations of the past.

Ms. Chaturvedi says: “I spent a whole afternoon in the Tretyakov Gallery soaking in the art.” She remembers Repin’s depiction of Ivan the Terrible with his dying son, as well as “stunning landscapes – stormy seas, vast fields, spring flowers and meadows. A day at the Tretyakov is a good immersion in Russia.” The Classic restaurant has art-inspired decor and offers a great business lunch.

To see ethereal works by Mikhail Nesterov in their original setting, walk round the corner to the Martha and Mary Convent. Alexei Shchusev, architect of Lenin’s tomb, designed the elegant art nouveau cathedral at the complex. Fans of 20th-century art should head for the New Tretyakov Gallery, with its modernist experiments and waterside sculpture garden full of Soviet heroes.

In the afternoon, ride the metro out to Kolomenskoye Park (Kolomenskaya station) to enjoy some of the city’s finest architectural monuments. Among the clifftop apple orchards is the Unesco-listed Church of the Ascension. Built in 1532 by Vasili III to celebrate the birth of his son, Ivan (who was to become “the Terrible”), its spire, one of the earliest built of stone rather than wood, rises from layers of arched gables and vaulted stairways.

The surrounding park includes the sites of Stone Age villages and a huge reconstruction of a 17th-century imperial palace. The museum in the administrative building has an eclectic collection, including gilded holy gates and ceramic stoves by the Siberia-born artist, Mikhail Vrubel. You can also find Peter the Great’s log cabin, troika rides, boat trips and a row of wooden caf é s serving grilled chicken and honey mead.

A new metro station, Dostoevskaya, has murals showing scenes from Fyodor Dostoevsky’s novels in shining black-and-white marble. Next door is his birthplace, the Mariinsky Hospital, where he spent his childhood in a wing for the poor.

Two metro stops away, walk from Chekhovskaya along the boulevard, passing a statue of the poet Sergei Yesenin, to visit Maxim Gorky’s house. This free museum, in a remarkable art nouveau mansion, is opposite the church where Alexander Pushkin got married. From the swirling marble staircase under a stained-glass chandelier in the form of a jelllyfish, to the dragonfly-shaped bronze door handles, almost every aspect of the decor was created by the architect Fyodor Shekhtel.

At the far end of the road is the pink townhouse museum of playwright Anton Chekhov; also close by is the pond where the opening scene of Mikhail Bulgakov’s surreal novel The Master and Margarita takes place. Café Margarita does a great business lunch, which includes a glass of wine and cherry vareniki (little dumplings lined with crisp sugar). Bulgakov’s apartment, also now a museum, is round the corner. The cultural centre in the same courtyard has a cosy café and runs tours of the area on a tram-style bus. 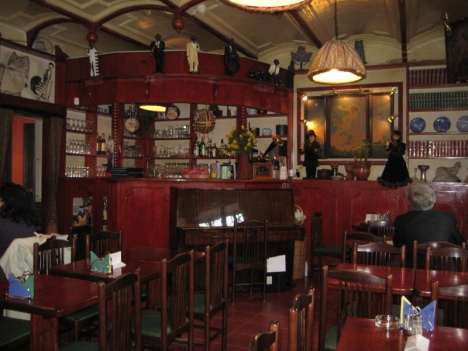 Continue the theme of Soviet era writers with an afternoon visit to Vladimir Mayakovsky’s apartment block, now a four-floor installation, symbolically reflecting the writer’s avant-garde ideas. The tiny room on the top floor where Mayakovsky lived is the centre of a revolutionary journey revealing the hope and despair of early 20th-century Russian history.

Four metro stops away on Park Kultury, Leo Tolstoy’s wooden town house and shady garden in the old weavers’ district of Moscow have a totally different atmosphere. In the drawing room, with its grand piano and bearskin rug, you can hear a recording of the writer’s voice, and see his bicycle parked near the study. The John Donne pub opposite does good food and beer. 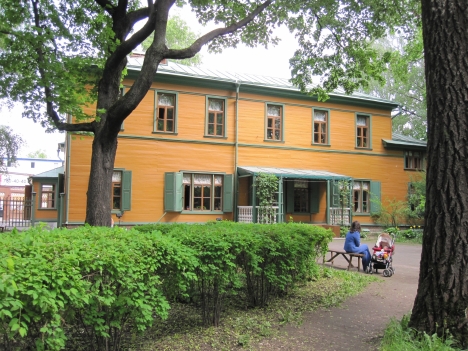 Start inside Teatralnaya metro, where the ceiling is decorated with white and gold porcelain figures dancing and playing flutes and balalaikas. Come out of the station near the newly renovated Bolshoi Theatre and head for the pedestrianised, café-lined, Kamergersky Pereulok, where the composer Sergei Prokofiev lived. Cross under Tverskaya Street to reach the Conservatory, heart of many of Moscow’s musical traditions. Pyotr Tchaikovsky taught here from 1866 when it was new, and wrote Swan Lake while he worked there. The railings around the statue of Tchaikovsky bear the notes from six of his works.

Walk along Briusov Pereulok to No 7 – so many dancers and musicians lived there that there is almost more plaques than wall. Nearby are musical monuments and the Composers’ House. On Strasnoi Boulevard, at the top of the hill, are two more musical statues: Rachmaninov sits near the house where he once lived and, behind him, with his guitar strapped on his back, is singer and poet Vladimir Vysotsky, whose intense songs about love, war, politics, insanity and drunkenness won him many fans.

Turning left, you reach the theatre-filled Hermitage Gardens, dominated by the curving bulk of the Novaya Opera. This urban oasis looks great in snow or blossom, with skating rinks in winter and outdoor concerts in summer. The Chaikhona No.1 café is a good place for tea. Just beyond the busy garden ring is the Glinka Museum of Musical Instruments, which houses everything from 13th-century lyres to the first electronic music makers. The composer Mikhail Glinka is quoted just inside: “A nation creates music; we artists merely arrange it.” 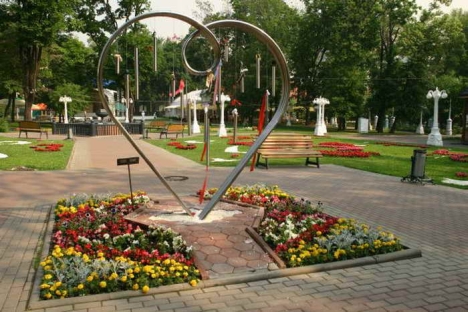 In the evening, sample some live Russian music and vodka at the intimate Nikitsky Gate Theatre’s Songs of Our Courtyard. Ms Vogler says: “I can’t imagine any other experience where I couldn’t understand a word that could have been such fantastic fun.”