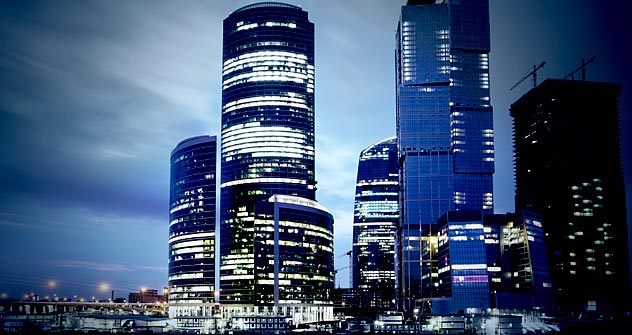 Mercer’s newest “Cost of Living” ranking of the most expensive cities for expatriates puts Moscow in fourth place this year. In response, Kommersant columnist Sergei Minaev looks back on prices in Russia, all the way to journalistic reports of the 1890s.

The Mercer Consulting Company released its eagerly anticipated annual “Cost of Living” city rankings this month. Moscow is the fourth most expensive city this year, by Mercer’s calculations.

Mercer examines the prices of 200 types of goods and services (including housing, transportation and entertainment) in 214 cities around the world and the prices are calculated in U.S. dollars. Tokyo took first place with the highest cost of living; Luanda, Angola, took a more surprising second place; Osaka, Japan took third; and Geneva was in fifth place this year.

Of course, exchange rates and inflation play a significant role in these rankings, and these indicators can affect Moscow aversely. However macroeconomic indicators are only part of the story. There is nothing new to the tyranny and absurdity of pricing in Moscow (which has arguably improved). And the system of corruption and bribes long predate the era of Soviet rule.

In a book published in 1890 by journalist Nikolai Leykin, "Our Folks Overseas," the author described a Russian merchant and his wife, who, unacquainted with the level of prices in Paris, tried to rent a room there.

"What is it? Ten francs!” – shouted Leykin. “But it's a robbery! Such a closet in a tower would cost you half a ruble a day in our St. Petersburg. And here it is four rubles." In this case, the merchant did not take into account that Moscow and St. Petersburg were not tourist centers, in contrast to Paris.

Conversely, a Frenchman Astolphe de Custine in 1839 wanted to rent a room in Nizhny Novgorod. He found one in a tavern, which consisted of a whole suite of rooms; all the visitors were kicked out of one room, all the tables were removed, and a bed was set there for him.

"I had to pay more than for the most luxurious room in the most expensive hotel in Paris. But the pride of victory consoled me for all the costs. It is in Russia only, where the whims of the lords – that could be taken for those in power – know no boundaries. A restaurant can be turned in an instant into a bedroom," de Custine recalled at the time. In this case, the Russian pricing system already showed elements of tyranny, despotism and servility—as well as creativity.

When discussing the high cost of a city for foreigners, it’s important to remember one thing: Many of the most expensive shops are owned by foreigners. Nineteenth-century Moscow was out in front in this regard. On the outskirts, there were no stores at all. And in the main streets, the foreign traders often controlled entire industries. All the shops of Russian merchants were located in the same neighborhood in the city center. Trading was in the hands of the Germans. Trade in luxury goods and fashion was in the hands of representatives of the French nation, who were also holding the candy, fashion and salon industries.

View the infographic: Cost of living in the most expensive cities

The traders' relationship (both Russian and foreign) with the Moscow government is described by the merchant Nikolay Vishnyakov: "Appeal to the administrative intervention was part of our customs and traditions. There was little confidence in the court, because we knew that it was almost always dependent on bribes. It was more profitable to turn to the governor-general."

The governor-general acted accordingly. "In 1850, the new banners were granted to the Moscow Infantry Regiment – he requires a treat for the soldiers, and Merchant Society allocates 700 rubles. Chasseur Regiment comes to Moscow – he extorts 800 rubles. Vladimir Regiment comes to Moscow – and at the request of the governor-general 700 rubles are given for a treat."

The merchants reimbursed themselves by marking up their goods and overcharging their customers of course. Foreign traders in Moscow had the same philosophy toward overpricing as the Russian merchants – with the exception that they had an excuse.

These days, the pricing in Moscow is much the same. Several years ago, one of the leaders of a well-known Western trading company which has a large store in Moscow complained to me: "It's just unbelievable. I constantly have to solve some new problems, and always someone comes to extort money. I just feel dizzy."

In the end, he decided to do it this way: He leased retail space at another major Western trading company. Let someone else feel dizzy.

First publihsed in the Kommersant-Vlast magazine.