Authorities set up IT directorate 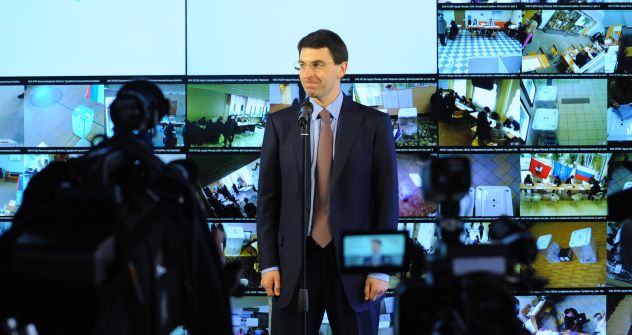 Presidential aide and former communications minister Igor Shchegolev will head a new, fourth, presidential directorate, which will supervise the use of information technologies and development of electronic democracy. Source: RIA Novosti

Russian President Vladimir Putin has set up a new directorate for use of information technologies and development of electronic democracy.

On June 30, Vladimir Putin created a new, fourth, presidential directorate, which will supervise the use of information technologies and development of electronic democracy; on July 1, presidential spokesman Dmitry Peskov confirmed that the new directorate will be headed by presidential aide and former communications minister Igor Shchegolev.

The directorate is part of Putin’s promise “to improve the mechanisms of our democracy, including through use of modern crowd-sourcing technologies,” which the president made at the St. Petersburg International Economic Forum.

Related: The world needs an Internet code of conduct, not regulations

The new directorate will interact with the Open Government system, a panel of experts under the prime minister and a government commission, which is currently being put together. In one of Putin’s first decrees, issued on May 7 and entitled “On the Guidelines for the Improvement of the State Administration System,” the president ordered the government to put electronic democracy mechanisms in place.

That decree consists of about 30 instructions on how to build an electronic democracy system. The government has been given until Sept. 1 to create an Internet resource on which federal executive bodies will be obliged to hold public consultations with the populace on proposed legislation and decisions and post the results of these consultations. Within the same period, the government will have to approve the concept of a public initiative that will enable Russian citizens to propose amendments to legislation. Such proposals will need to be supported by at least 100,000 people before they are eligible for consideration.

The same decree states that, before July 15, 2013, Russian citizens will have online access to government information resources. By January of next year, the government is supposed to draw up a bill on the criteria and procedure for public assessment of the performance of heads of executive authorities at all levels.

This is an abridged version of the text, which appeared in Russian on the website of Russian daily Kommersant.