Russia wants a libel law for the OSCE 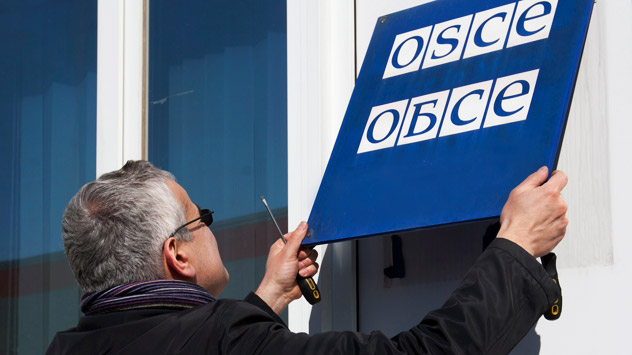 Members of the Russian State Duma from the United Russia party plan to offer amendments as soon as this fall to the regulations of the Organization for Security and Cooperation in Europe (OSCE). The amendments would hold OSCE parliamentarians responsible for the testimony given during debates in the OSCE Parliamentary Assembly and the wording of OSCE resolutions.

The plan comes in response to the recent OSCE resolution condemning Russian officials for the death of lawyer Sergei Magnitsky.

Duma Deputy Ilya Kostunov believes that his European colleagues must be held accountable if they knowingly spread false information, either from OSCE deputies themselves, or from persons invited to speak before the Assembly.

“The degree of responsibility for various kinds of information could vary: from censure and a challenge to the credibility of a source of information in the future, to criminal responsibility under national law,” said Kostunov. “The State Duma will make the OSCE Parliamentary Assembly answer for its words. I am sure that the deputies of this organization have no desire to mislead anyone, but after the changes in the regulations they will be more correct in what they say.”

The proposed amendments will provide a mechanism by which a state that has been subject to the spread of false information will be able to question the credibility of the source of that information. In essence, it will be a kind of libel law.

Kostunov stated that the amendments will be drafted in consultation with Russia’s foreign colleagues. He explained that he was greatly surprised at the bias of the OSCE Parliamentary Assembly in regard to the Magnitsky case, and its unwillingness to listen to the Russian side.

Kostunov said that he was surprised that during the recent session of the OSCE Parliamentary Assembly in which the European parliamentarians adopted the Magnitsky resolution, William Browder, Sergei Magnitsky’s former boss and the prime mover in the push for an investigation into the case, was allowed to speak, but the OSCE refused to allow testimony from representatives of the Investigative Committee of the Russian Federation.

“Browder left the OSCE Assembly session when Dmitry Klyuev arrived, yet according to Hermitage Capital, it is Klyuev who organized the crime of tax fraud and Magnitsky's death,” Kostunov said.

“These things happen mostly with regard to Russia and Ukraine. The parliamentarians speak about members of the EU in a very different tone,” said Kostunov.

He said that he was told on the sidelines of the Assembly that the Europeans can take one another to court, which is one of the things that keeps European countries from openly criticizing each other in the OSCE.

Sergei Magnitsky, an employee of the Hermitage Capital fund, was charged under Article 199 of the Criminal Code of the Russian Federation (Tax Evasion) in the laundering of 5.4 billion rubles, and was taken into custody. He died in a Moscow detention center on November 16, 2009. His colleagues said that Magnitsky was arrested after he uncovered corruption schemes that implicated several Russian officials.

First published in the Izvestia newspaper.