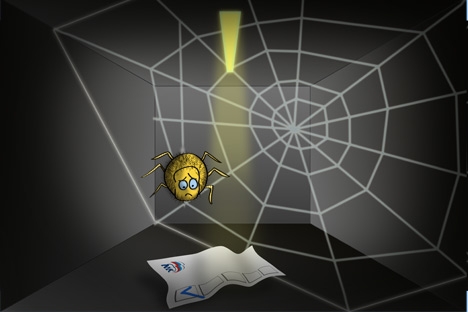 The Russian opposition seems to stubbornly refuse to take actions that could lead to actual election victories, but maybe there is a reason for this.

Stanislav Belkovskiy, a reputed political consultant and publicist, has announced that Russia’s opposition is worthless. According to Belkovskiy, instead of preparing for elections, they only discuss the latest punitive regulations adopted by the state, even though the effect of these regulations on Russian political life is negligible and the political reforms started by Dmitry Medvedev and continued by Vladimir Putin go on. For example, the direct elections of governors will take place this fall, but the opposition does not even give them a thought.

Opposition journalists and bloggers were up in arms about the election for the city duma in the Ryazan region town of Kasimov because of the high levels of support for United Russia, but for the opposition, this election, like the one held in December, was not really about winning, but about how to take advantage of the inevitable defeat.

If the opposition does not get involved in elections, it means they have a reason for doing so. To paraphrase the philosopher Spinoza, it is high time we stop crying or laughing and try to understand the opposition movement by means of discussion.

The representatives of opposition have given strange responses to Belkovskiy. For instance, in response to a journalist’s question, one seasoned opposition member in the Duma stated that he does not want to go to the regions and register as a mayor or a governor, because while he is off running for office, others will be in the streets and he will not be part of the movement.

Is it possible that the opposition believes that the fall elections will result in a cataclysm that will bring the angry citizens back from their summer hibernation into the state of December awakening?

An obvious answer is that electoral prospects of the opposition are quite dim. First of all, the election process is controlled by the majority party in the Duma, which uses this position to its advantage, adopting new rules and regulations for voting. Additionally, the opposition has not taken advantage of the reforms to form viable parties.

But if elections were the only opportunity to take over the government, the opposition would take part in them. I believe that the main factor is a systemic one. The point is that after yet another turn of political crisis, the Russian political system has stabilized in a very strange way. The allegedly liberal government aimed at conducting some liberal economic reforms, with the president’s complete consent, has turned out to be connected to a very conservative governing party that has adopted a series of very reactionary innovations.

It would seem utterly easy for the opposition to demand the resignation of either or both the liberal government and the reactionary Duma, but the catch-22 is that President Vladimir Putin may agree with both groups. He could dissolve the Duma and disperse his liberal cabinet, announce new elections and form a new government. And then there would likely be neither a large conservative faction in the Duma nor a liberal cabinet, and would we be any better off?

This is the source of such indifference to elections, even on the part of radicals. And this is also why the opposition parties in the Duma try to share the positive achievements of United Russia, since it may unexpectedly at any time be called upon to take some action that could result in its demise.

With this scenario in view, it is in fact more sensible for the figures of protest movement not to focus on elections but dream of amendments to the Constitution and hope for a tidal wave of protest.

Boris Mezhuev is a Russian political analyst and the editor-in-chief of the online periodical Russian Journal. The article is abridged and first published in Izvestia newspaper.