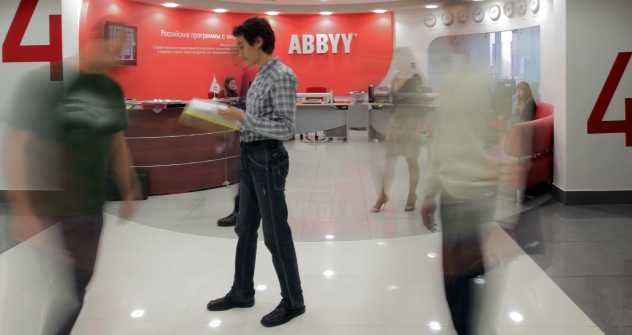 The office of the ABBYY company which provides optical character recognition, document capture and language software for PC and mobile devises. Source: Kommersant

According to research by KPMG auditing company, Russia could soon join the ranks of the world’s most innovative nations.

According to KPMG forecasts, the rankings of the world’s most innovative nations may change dramatically in the near future. The United States may be forced to share the top spot with China, which the report says "could be breaking through to the next level in the fields of innovation, mobile technologies and the use of Cloud Software as a Service (SaaS) business models."

Experts also expect Russia to join the top 10. "Russia has the capability to climb up the changing leader board of innovation nations if the country's innovation development strategy is properly implemented," said Alisa Melkonyan, head of KPMG's Russia and CIS working group on innovation and hi-tech sector companies.

"China could become whatever it wants to be, but this is the potential growth of a newborn baby," said Stanislav Protasov, co-founder and head of development at Parallels.  "In this sense, Russia is already a teenager, a difficult teenager, but from a good family. This teenager could have a brilliant future given the right nurturing from its parents or it could slide to become a dismal mediocrity.

“Russia is already specializing in the work that it is doing on the information technologies market.  We have excellent engineers.  And a big plus is the large pool of specialists that were educated during the Soviet period.  This is why companies like Parallels, Acronis, Kaspersky and ABBYY have grown up over the last 20 years despite lacking hothouse conditions, multi-billion dollar capital injections and products that are highly competitive throughout the world,” Protasov said.

Protasov also warned, however, that China’s growth potential is boosted by the fact that it is currently investing 10 times as much as Russia into science and education.

Dmitry Chikhachev, a managing partner at Runa Capital, believes that Russia has all the necessary qualities to improve its position in the rankings. "Russia's niche in the world's division of hi-tech labor specialization lies in the production of complex software," Chikhachev said, mentioning cloud software company Jelastic as an example. "This is a very complex product. The platform has to work with various different types of data base and programming languages."

Chikhachev believes that Ngnix is another Russian software developer worth watching. "This company has developed a web server that distributes web pages to users. It's completely unique! There are only three web servers in the whole world: Appache, which is as old as the internet itself, the Microsoft web server and the web server that has been developed by Ngnix. What's more, the Ngnix server is the only one that has an audience that is growing." According to Chikhachev, this server, developed by Russian programmers, hosts 25 percent of the world’s busiest sites, including Facebook, Yandex, Mail.ru, Groupon and WordPress.

KPMG's research places a great deal of emphasis on the role played by cloud technologies because they will play a vital part in the development of the next generation of consumer technologies and transform the way companies do business.  According to KPMG's research, mobile technologies will increasingly rely on clouds, which will consequently allow for a technological breakthrough that will entirely transform business.

Although KPMG research notes that the size of the cloud solutions market in Russia is more modest than in other countries, Chikhachev believes that it will be easy to make up the deficit.

"The customers for SaaS are small and medium sized businesses," he said.  "In Russia, they haven't reached the same level of automation as the U.S. or Europe.  However, back in 1997 nobody thought that our country would have 100 percent mobile coverage either.  At that time, the most courageous forecasts were saying that by 2007 it would be 70 percent at most. But the leap happened very quickly."

Chikhachev also predicts a sharp growth in product content (i.e. content offering a ready-programmed product) that have has developed by Russians and a reduction in the share of IT outsourcing, which will most likely gradually migrate to India.