Russians to draft their own bills 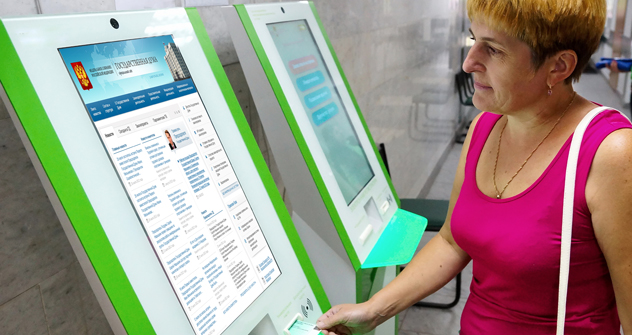 In the near future Russians will be able to propose their own legislative initiatives which may allow them to be more involved in the country's domestic policy. Source: ITAR-TASS

A new law expected to be passed this fall will create a portal where any Russian citizen can propose legislation to the government.

Next spring, Russian citizens will have a new role in the lawmaking process. A government portal, scheduled to open in early 2013, will allow ordinary citizens to propose ideas for laws or amendments to existing ones. If a proposal receives 10,000 votes or more, the government will consider it.

The project is the brainchild of the Ministry of Economic Development, but Alexei Khersontsev, director of the Ministry’s State Governance Department is ready to give credit where credit is due. According to Khersontsev, the idea grew out of one of President Vladimir Putin pre-election op-eds as well as from early presidential decrees. Khersontsev said that the ministry also drew on foreign examples when developing the plan.

Authorities set up IT directorate

Similar public initiatives have been in place in the European Union and the United States since Spring 2012, and in the UK since Summer 2011, but there are some differences between these systems and the one proposed for Russia. In Europe, an idea can be put forward only by a group of seven citizens from seven different countries, and has to collect at least a million votes before it goes before the European Commission directorate and then to the European Parliament.

In the United States, an idea can be posted after it has 150 supporters, and once the idea is proposed, the organizers have a month to enlist the support of 25,000 people. Only then can the initiative be presented to the presidential administration. In addition to proposing legislation, Americans can also give advice on how the U.S. should vote at the UN.

There are no fixed deadlines for reacting to citizens’ mandates in any of these systems. In the UK, the threshold required for the initiative to be put before parliament is the same as that proposed in Russia. There is no limit to the number of proposals that can be made, and members of parliament draw on them to put questions to the ministers. But parliament is under no obligation to make a decision.

The Russian version is a mix of foreign practices, and the government’s accountability to the authors of the initiatives is more serious than in other places. According to the proposal to set up the portal, a government commission will be obligated to consider a legislative initiative within 60 days of the vote. If the initiative is declared to be worthwhile, the commission will give instructions to the relevant federal executive body to prepare a draft law, with the deadline stated. This mechanism is designed to prevent useful ideas being turned away under formal pretexts because they fall foul of petty bureaucratic requirements, Khersontsev said.

The most popular initiatives on the EU portal concern the right of universal access to clean water and the introduction of a single mobile communications tariff in Europe. In the United States, hot topics include the introduction of mandatory marking on genetically modified products and increased liability for traffic offenses. UK citizens are opposed to post code tariffs.

After that, the standard procedure kicks in: The draft law will be submitted to the Duma; if the idea fails to get past the legal commission, a statement of the reasons for the rejection will be posted on the portal. The progress of approved initiatives can be followed on another portal, which is being created for public discussion of draft laws and regulations. Incidentally, tests of this portal will begin in the fall.

Only registered users will be able to contribute ideas and vote on them, and the likelihood is that there will be no discussion of the ideas on the portal. Moderating such a forum would call for additional effort and would make the resource too cumbersome. However, supporters and opponents of ideas will be able to email the author personally and links to other resources will be placed next to the initiative. Initiatives concerning the resignation of specific officials, political issues and taxes will not be considered. Additionally, the portal moderators will cut off proposals containing foul language. No other filters are being planned as yet. At present, Russia’s Open Government portal has a similar mechanism for proposing and voting on initiatives. So far, the most popular ideas there concern the introduction of barriers for transferring money to offshore banks.

The new portal will apply only to federal laws, although Khersontsev is optimistic that local and regional authorities will develop similar systems.