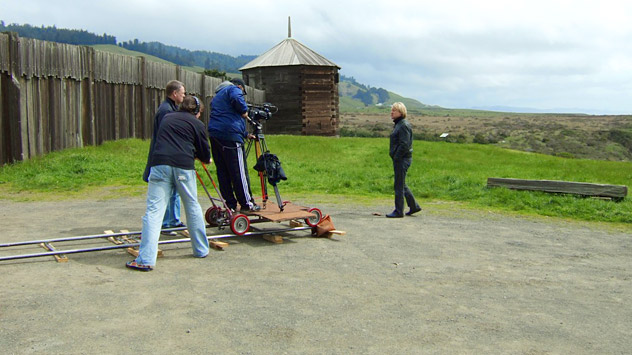 A new documentary explores the demise of the Russian-American Company and the mysterious end to Fort Ross and Russian settlements in the U.S.

Two hundred years ago, Russia’s powerful first joint stock company owned large tracts of land in Alaska and California, but mysteriously sold its stakes to an American investor - forfeiting the only Russian foothold on the North American continent. The new documentary film “Russian America” written by Dmitri Poletaev explores this little-known history, and the rise and fall of the Russian settlement. Poletaev also co-produced the film, which was directed by Yuri Moroz.

“This company (Russian-American) flourished for over 60 years, and then it suddenly went out of business at the height of its immense wealth, glory, and power. Soon after, all Russian settlements in America were sold. Why? What happened?” asked the narrator at the beginning of the film. 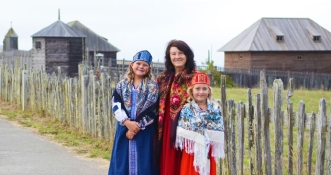 The 30-minute documentary, which includes some dramatization and as well as original footage from St. Petersburg to California, was shown at the Russian Cultural Center in Washington, D.C., this summer and will be screened in Russia in October. Poletaev also wrote a novel with some of the action based in Fort Ross; work on a film version of the book is underway.

In 1799, Tsar Paul I issued a charter for the Russian-American Company, giving it a monopoly over all Russian ventures in North America. The company, backed by the state, quickly expanded. Under its direction, Russian frontiersmen started leaving Siberia in search of prized fur such as the otter pelt.

The company established colonies in present-day Alaska, Hawaii and California. Fort Ross, 80 miles north of San Francisco, was the southern-most settlement of the Russian-American company. The colony was founded in 1812 (with 25 Russians and 80 Native Alaskans) to provide grains and produce for Russian settlements in Alaska. Fort Ross was sold to American entrepreneur John Sutter in 1841.

One reason the settlements were abandoned appears to be a lack of labor. Most peasants were literally tied to the land through the system of serfdom, and the Russian-American company was unable to find the settlers it needed to sustain its property in Alaska and California.

“I put aside all the ideology and tried to answer on the question – who benefited the most from the Decembrists’ revolt? And then I found that Ryleev, one of the Decembrists’ leaders, was a vice president of the company (Russian-American),” said Poletaev.

Co-producer and writer Poletaev said he remains surprised that some people continue to insist that the Decembrists were inspired only by the goal of liberty rather than an economic motive, he said.

Ryleev was executed after the failed revolt and many other Decembrists were sent to Siberia. The new Tsar, Nicolas I, was not keen on the idea of exploring America and the company withered without official support.

The documentary is narrated by Dmitry Kharatyan, who is best known for his star turns in Soviet films. Kharatyan also speaks in the film about his great- great-grandfather, a sailor who explored the America’s West coast and was shipwrecked off Alaska before being rescued by an Aleutian girl.

Interview with Galina Zaytsev, representative of the Russian Center for Science and Culture in Washington, D.C., where Dmitri Poletaev recently previewed his film “Russian America.”

RBTH: Why do you think it is important that Americans learn about the history of Fort Ross?

And discovering this history is an opportunity for Russians and Americans to help each other.

RBTH: How do you think this summer’s bicentennial advanced this cause?

G.Z.: This involved the cooperation of several generations of historians: Why did this happen? How come a huge country as Russia could not make the settlement safe? There was no attention paid to this, moneywise. Russia was fighting Napoleon, Russia was helping Austria and Germany and then suffered itself with battle of 1812.

Even then there was a great deal of cooperation between American and Russian hunters. Today, scientists and historians are cooperating to find out how the Russian settlement worked. They are studying the situation and offer new perspectives. Our center offered a presentation of a book on the Russian American Company, a collaboration of both American and Russians about “Russia in California,” and it is the result of a decade of excavations there. The two volumes will be translated into English.