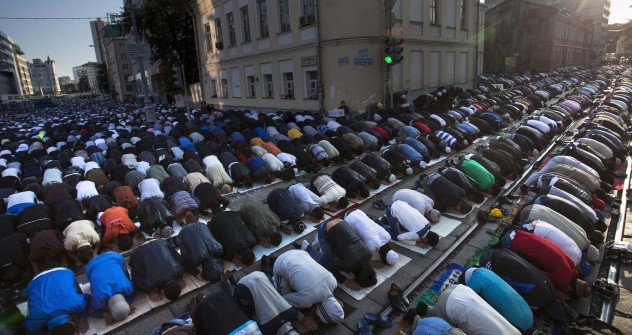 The "Innocence of Muslims" ban hasn't stirred any noticeable reaction from Russia's human rights ombudsman while some Muslim readers praised this stance as a positive sign.

Despite media reports claiming that Russia’s Human Rights Ombudsman Vladimir Lukin will challenge the ban on the "Innocence of Muslims" film he is not going to do it, according to a posting on his website.

"During the hearings we spoke about a shortage of competitiveness in such hearings as an important procedural problem. But this has nothing to do with the assessment of the content of the "Innocence of Muslims" film," the posting says.

Meanwhile, President of the Chechen Republic has regarded the ban as positive sigh for Russia. “It’s a good example of a civilized approach to resolving the problem,” he said in a posting on his press service web-site.  “General Prosecutor’s office and the [Moscow] court demonstrated their vigor to withstand any attempts of breeding strife between citizens of the country on national and religious basis.”

Yesterday, a Moscow district court found the film “Innocence of Muslims” to be extremist and thereby approved a petition from the General Prosecutor’s office, which had argued that the film sows religious discord and provokes increased intolerance in society.

Marina Gridneva, official spokesperson for the General Prosecutor’s office, told RBC that the petition was made because the film includes video sequences and dialogue which imply that Islam and Muslims are inferior.

“A psychological and linguistic study of the film carried out at the request of the General Prosecutor’s office confirmed that its content is intended to provoke religious hatred and humiliate people on the basis of their ethnicity and religious affiliation,” Gridneva noted.

The court’s decision will now be sent to the Russian Ministry of Justice, which will include the video on its federal list of extremist materials.

The Leninsky district court in Grozny, Chechnya had previously found a trailer for the film to be extremist.

Under Russia law, such a decision by any court to ban extremist material automatically comes into effect throughout the entire country. At the same time, other Russian courts are also entitled to take decisions concerning such petitions by the Prosecutor’s Office. In the case of conflicting verdicts, the matter is resolved by the Supreme Court.

Meanwhile service providers in some Russian regions put a temporary ban on access to YouTube last week on the basis of a letter from the Prosecutor’s Office.

Google’s Russian division has already stated that it’s prepared to block access to the film on YouTube as soon as it receives an instruction from a court to do so.

“Innocence of Muslims” was released at the beginning of September and featured content many Muslims found offensive. The film sparked a series of worldwide anti-American protests. The video is already blocked in a number of countries, including Pakistan, Afghanistan, Bangladesh, Sudan, Egypt, Libya and Malaysia.

The story is based on the information from RBC Daily and the webite of the President of the Chechen Republic.