Squaring the Circle of Life on film 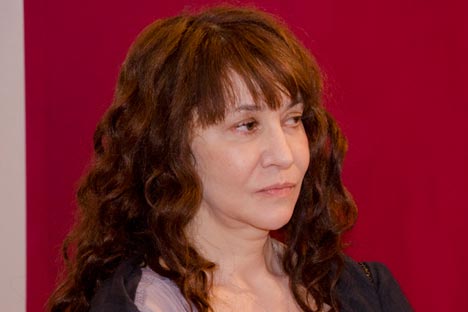 Elena Sarni, one of the judges at New York's Russian Documentary Film Festival: "Our criteria for the festival was how clearly the director established the film's goals and how it was executed." Source: Press Photo

The New Year’s Festival in Moscow's Kremlin is a cherished experience for Russian children and their parents. But these same parents become anxious when they see the carousel of children after the performance. Around 5000 little ones spill out into the square and try to merge with a crowd twice as big and twice as tall. That simple but poignant action provides momentum for the film “Inside the Squaring of the Circle," which received the Grand Prix award at the Fifth Russian Documentary Film Festival held in New York from September 28-30. 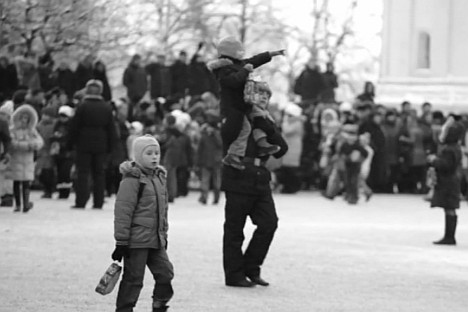 A footage from the film “Inside the Squaring of the Circle." Source: Press Photo

Tribeca Cinemas in Manhattan hosted the festival, which included about 20 films shown to more than one thousand viewers. This festival is an annual effort; this year it was dedicated to the 70th anniversary of festival founder, "The New Review," the highly regarded journal of Russian literature and émigré life.

The "Circle of Light" made Moscow nights even brighter

A panel of judges chose the Grand Prix winner from a roster of award-winning films. “Our criteria for the festival was how clearly the director established the film's goals and how it was executed,” said Elena Sarni, one of the judges and a co-director at Causa Artium, with organized the festival along with its founder the émigré magazine "The New Review". Causa Artium is a non-for-profit that supports art projects and promotes high standards for contemporary art.

“The judges agreed that in the two films we chose [for the prizes], the directors had very interesting tasks and they fulfilled those tasks in a very particular and amazing way, from an aesthetic point of view,” Sarni said.

The almost hour-long film “The Movie is Over,” (2011), directed by Irina Vasilieva, received the jury award at the festival. The film previously received Grand Prix of the Pokrov International Russian Orthodox Film Festival IX in Kiev.

Several of the directors participated in the festival. Igor Sopronenko showed his film “The Russian Concept. Monologues about Russian Non-Conformist Art,” (2011). This film did not use the technique of a narrator or voice over. Instead, Sopronenko allowed the artists and their critics speak for themselves.

“I was driven by curiosity myself. I read a lot of information about this art, positive and negative,” Sopronenko said. He went on a quest to find out why nonconformist art was received as anti-Soviet and praised by some collectors abroad.

“Inside the Squaring of the Circle,” (2011), directed by Valeriy Shevchenko, received the festival’s Grand Prix award. The 17-minute short manages to show the drama and humor of an everyday situation. The scene shows the mass exodus of children, walking in a circle hugging their presents. They wait for their parents to call them by name or try to spot their family in the crowd behind the railing. 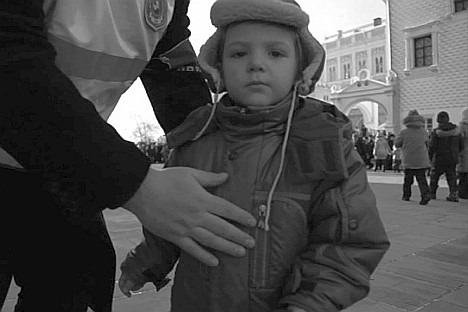 A footage from the film “Inside the Squaring of the Circle." Source: Press Photo

“I thought it was really lovely and funny how everybody was reacting," said Mildred Fermin, 24. "I think everybody’s reaction was universal so I, not being Russian, could relate to everything there."