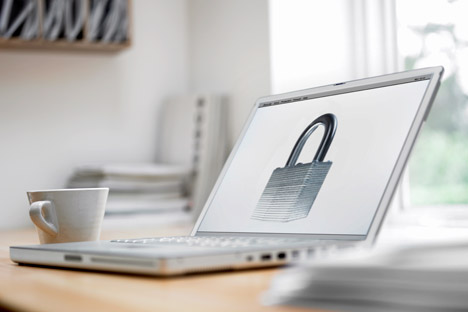 Russians are not afraid of censorship, according to sociologists. Source: Getty Images/Fotobank

The word “censorship” is not something most Russians fear. A social analysis conducted by the Levada Center has shown that almost two-thirds of Russians are in favor of Internet regulation.

The deputy director of the Levada Center, Alexei Grazhdankin, told Kommersant that, among survey respondents, sociologists expected the word censorship to have both generally negative connotations and specific relevance to welcome limitations on Internet access for children and teenagers. However, 63 percent of those surveyed supported the idea of censorship, while 65 percent were in favor of lighter restrictions on Internet access for children and teenagers.

View the infografic: What do Russians think about censorship in internet?

Respondents against these proposals numbered 19 percent and 22 percent, respectively. According to sociologists, this data suggests that most of the population is not afraid of censorship.

“Young people and those with a high level of education and living standards are likely to be more sensitive about having their freedoms limited,” said Grazhdankin. Yet, overall responses were fairly uniform: even amongst those who use the Internet as their main source of political news, 61 percent of respondents came out in favor of censorship, with just 29 percent voicing opinions against it.

“It isn’t just the Internet people are afraid; they are also wary of total freedom and the free, unlimited distribution of information. People here are used to a model whereby the state protects and takes responsibility for a citizen’s whole life,” Grazhdankin said.

The head of the Agora Human Rights Association, Pavel Chikov, points out that state control of Internet content is a global trend, and one that is certainly not exclusive to Russia.

“This policy is not just applied by reactionary, authoritarian regimes such as those in the Middle East or China. It is common for the most civilized and well-developed Western democracies to restrict Internet freedom. In the UK, there has been a huge scandal surrounding the government’s interference in controlling and regulating the Internet, and there are also numerous examples of crackdowns in the United States and Brazil,” said Chikov in an interview to Kommersant FM.

Russia’s president, Vladimir Putin, also supports the idea of tightening state control over the Internet. At the beginning of October, Putin called on defense and law enforcement agencies to stop extreme views from being promoted on the Internet. The president also believes that clamping down on national, religious and social intolerance materials broadcast online could play an important role in the fight against terrorism.

Further regulation of Internet usage could become part of the work of the new Committee for Information Policy, according to its leader Alexei Mitrofanov. He believes online space should be cleaned up, since Russia is home to tens of millions of Internet users.

“Online traffic needs to be policed and clear rules need to be established,” Mitrofanov said during the press conference in RIA Novosti. “Of course, there will be no absolute restrictions, but nor will it be the free for all that it was when the Internet first came into being.”

The committee will also be in charge of regulating issues that arise with online political campaigns around election time.

Dunya Miyatovich, a representative for media freedom from the Organization for Security and Cooperation in Europe (OSCE), still thinks Russia’s online space is relatively free of red tape. The Russian government has made important steps toward ensuring the freedom of the mass media, calling the cooperation between Moscow and the OSCE “an open door policy in action,” she said at the press-conference in Interfax.

Regulations for when restrictions can be placed on a person’s rights and freedoms – including right to freedom of information – are all clearly laid out in the constitution, says Astamur Tedeev, deputy head of the scientific and methodological center at the UNESCO Chair on Copyright and Other Intellectual Property Rights. “But at the moment we are not having to contend with any emergency situations or threats to the constitutional structure,” Tedeev told Kommersant.

Tedeev also noted that he holds an “extremely negative” view of research conducted on the problems of contradicting the Constitution, as censorship is something that the Constitution has banned.

Article based on the materials from Kommersant and RIA Novosti.