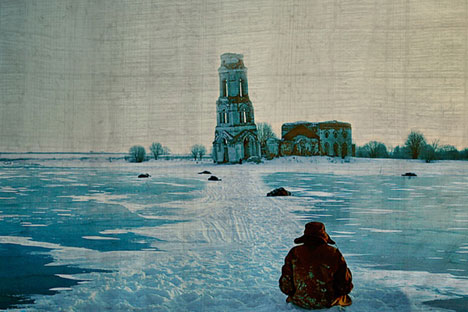 A footage from the "Me Too" movie by Alexei Balabanov, 2012 (Crime / Drama). Source: Press Photo.

The Sixth Russian Film Festival in London began on Nov. 2. Directors of movies showing at the festival gave comments about the meanings and motivations at the heart of their films.

Me Too by Alexei Balabanov:

“I got the idea for the film when I saw a leaning bell tower somewhere near Vologda, in the middle of the country. That area has lots of dead villages where all the people have left. We didn’t need to invent anything when we shot it – everything in the film is just as it is in reality. Even the sign saying “Shop” was one we found already made. And there were cows there. It seemed that someone was still milking them, but I didn’t meet a single living soul all the time we were filming.

“I’m an Orthodox believer. I go to church. And I know that the majority of gangsters who kill people go to church too and take communion. And priests are very fond of films about killers and murders, and incidentally, of me.” 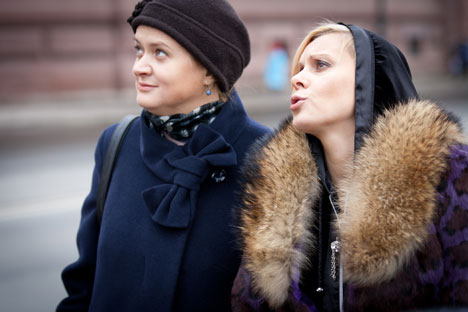 “Despite what the critics say, I didn’t make ‘Kokoko’ about the intelligentsia and the people: it’s about a mismatched relationship, about emotional pain, about the fact that we fall in love with our own projections and don’t see other people. That’s all. It’s about intense attraction and the repulsion that follows.

"You’ll probably say that I’m flattering myself, that there’s nothing like that in the film. I can’t tell whether there is or not. But I’ll be absolutely frank with you and say that, when I made it, that’s all I was thinking about. For me, everything else is just a garnish. People have tested the garnish but not the meat. I probably didn’t succeed with this, because not many people see this in the film.” 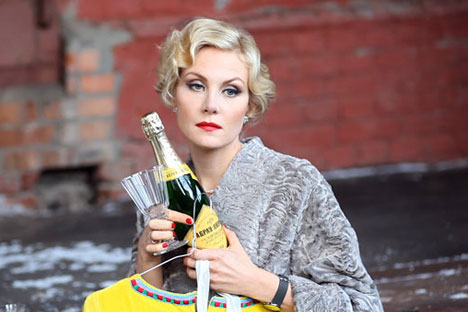 “For me, this story is not a fairy tale – it’s real. I believe that there are some kinds of heavenly mentors living among us. I think that death respects the souls of people who are capable of love. I believe in the power of imagination, and I think that you get the death you choose for yourself. And it’s the same with the meaning of life. Objectively speaking, there is no meaning; but you can make up one. Rita found the meaning of life in love. My film is a completely independent art project shot in combat conditions. It was all virtually shot in one basement and semi-legally on the streets.” 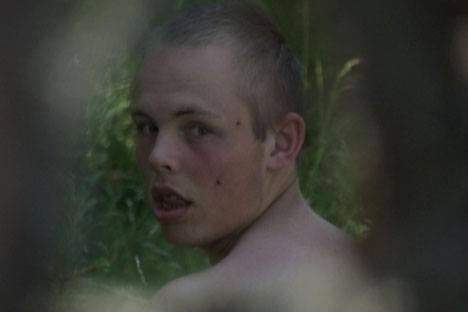 “It’s a world of openly expressed feelings. I found myself in a place where it was possible not to simulate anything – to see things as they are. 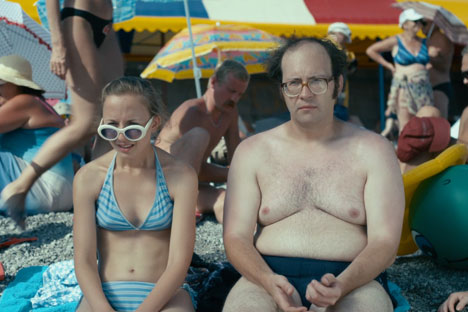 “It was very important to us for our film to be thorough, with elements of mythology; we didn’t want it to be limited by the boundaries of the screen. And that’s why we invented a real life for the film’s characters.

“I believe we need to take money from the state; otherwise the state will spend it on the wrong things. We should take everything we can from the state and make good use of it, whenever such an opportunity presents itself. You could say this is a kind of expropriation. To be honest, though, we haven’t managed to expropriate anything yet.”