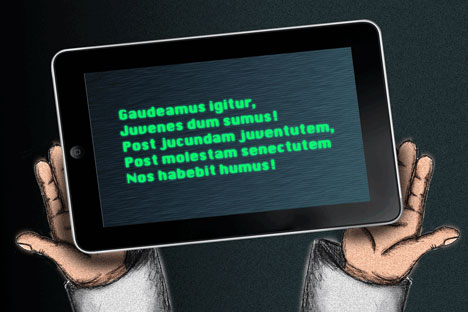 Universities free of academic tradition may be the best candidates for achieving an innovative breakthrough.

A few years back, I was with a colleague from Moscow State University at a conference at Postech University – one of South Korea's new institutions. The rector began his welcome speech enthusiastically: "I'll tell you what our university will be like in 10 years' time." My neighbor sighed: "Back home, every conversation begins with how great we were 100 years ago..."

We love the history of our universities and proudly compare them with Cambridge and Harvard, or, at the very least, the Sorbonne (without giving a thought to the fact that this renowned Parisian institution has long ceased to be considered a serious rival to the top research universities). To us, young universities seem like cheap wine: no ageing, traditions, or flavor. We say that a good university is like an English lawn – it takes centuries to cultivate, or, in this case, to become a center of knowledge and wisdom.

Indeed, the average age of universities on the Shanghai Top 100 list is more than 150 years. The reputations of such institutions are alluring for the finest students and professors alike. How can one resist an invitation to a chair that was once held by Kolmogorov or Popper?

However, in recent decades, the world of higher education has encountered a new phenomenon: fast-developing universities. A recent book published by the World Bank, "The Road to Academic Excellence," contains dozens of stories of universities that have gone from zero to academic hero in the space of 20-30 years. The examples in the book show that history and tradition still carry weight, but their role in the global marketplace of talent, knowledge, and technology is steadily diminishing. The right resources, energy, talent, and high-quality ecosystem can combine to create a decent research university in just a few decades.

The primary breeding grounds for young ambitious universities are those countries that have not traditionally been considered serious players in the field of higher education: South Korea, Singapore, Mexico, and China. Wind the clock back 30-40 years, and they would simply follow the paths trodden by the top U.S. and U.K. research universities. This was once sufficient for them to be national gateways to the latest skills and know-how.

Today, the ethos of new universities is changing. They no longer just copy and compete in the traditional fields of science and technology. Their energy and sense of liberty mean that they can become centers of innovation. This is a vital function of young universities: to shake up the established (and often stagnant) norms; to promote national research and innovation systems in new areas; and to attract the attention of not only developing countries, but also nations steeped in academic tradition.

The question of “why create new universities where long-established ones already exist?” is relevant for Russia. Before an answer is given, it is worth looking at another former Soviet country: Kazakhstan. Its new capital, Astana, is now home to Nazarbayev University, whose campus took three years to build and which is now in a partnership with a group of leading Western universities, creating a world-class center in Central Asia.

Before taking this step, the Kazakh authorities had tried vigorously to forge a top university from the country's glorious Soviet-era institutions in Almaty; but the attempt was in vain. This experience, and that of other countries, demonstrates the futility of trying to restructure universities from the top down. Traditions are not only the foundation of academic culture – they also limit innovation.

Thus, countries with great academic traditions need young, energetic upstarts, precisely to challenge existing ideologies and identify new models and approaches. For well-established, well-known, and self-assured universities, the emergence of young pretenders can perturb their inner calm, which can only lead to new development.

Russia's higher education system, which has barely changed in the past 20 years, desperately needs something to rock the boat. The Soviet system of higher education was elaborately constructed as part of a planned economy. It provided all the mechanisms of internal transformation, human resources, and analysis, and drew from international experience and links with the real economy. But it lacked institutional initiative, and this anti-innovation culture still prevails today.

Our study of the developmental mechanisms currently found in modern Russian universities shows that most state institutions have no change incentives and that external administrative pressure produce only a simulated response. Of course, some of the oldest universities are exceptionally dynamic and energetic (for example, Tomsk Polytechnic and St. Petersburg State University of Information Technologies); but they are more confined than new universities, when it comes to innovation.

Recent years have seen federal universities pop up almost like new, uniting several institutions under a common umbrella. But it is premature to speak of this model in terms of innovation — the task of overcoming institutional inertia is long and slow.

A popular buzzword is “educational restructuring,” whereby weak universities are annexed to stronger ones. This can improve the overall efficiency of the system, but how can it help new organizations become bold and daring, full of drive, and willing to experiment?

Of course, I would like to end this article on a politically correct note, calling for the preservation of the best traditions with a dollop of innovation. But the problems we face today are not about building brands, but about re-branding; not stabilizing, but modernizing; not evolving, but breaking through. Young, lively universities, not weighed down by academic tradition, are the best candidates to achieve this. They are the places most in need of modern campuses, the means to attract international academics, and the conditions to encourage experimentation and innovation.

Isak Frumin is an academic adviser at the Institute for the Development of Education at Moscow's Higher School of Economics.