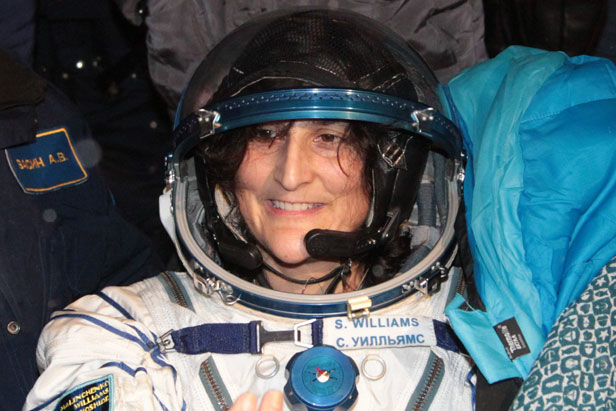 Expedition 33 Commander Sunita Williams of NASA, Flight Engineer Akihiko Hoshide of the Japan Aerospace Exploration Agency and Russian Soyuz Commander Yuri Malenchenko undocked their Soyuz TMA-05M spacecraft from the space station at 4:26 p.m. The trio arrived at the station July 17 and spent 127 days in space, 125 of which were aboard the orbiting laboratory. This was the first pre-dawn landing in darkness for a station crew since April 9, 2006, when Expedition 12 crew members returned.