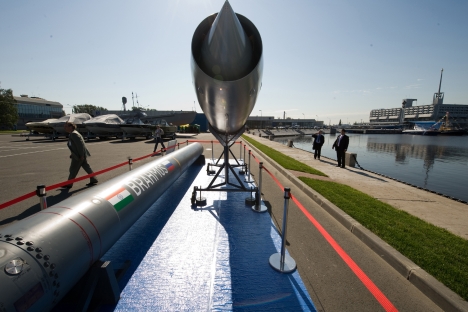 Modern military operations are based primarily on the use of precision weapons — mainly cruise missiles launched from a variety of sites. The main drawback is their relatively low speed of flight. A new range of supersonic missiles (strategic, but not nuclear) is being developed by Russia, the United States, and China.

Russia is accelerating plans to set up a new holding company to develop hypersonic technologies. As stated by Deputy Prime Minister Dmitry Rogozin, overseer of the entire defense industry, the project can be compared to the atomic bomb, in terms of the potential scientific and technological breakthrough.

The new holding company will include the Tactical Missiles Corporation (TMC) and the Scientific and Production Association of Machine Building (SPAMB), the latter of which is expected to withdraw from the Russian Space Agency.

"It's not just an attempt to link brain and industrial capacity. Looking ahead, we'll need to think about possible test sites. We believe that mergers, net takeovers, will help us raise the tempo in the field of hypersonic research," said Rogozin.

"The merger will help focus financial resources on priority areas to create new types of missiles, including ones based on the principles of hypersonic flight. Overall, the holding will be a key center of competence in Russia's expansion of both tactical and strategic weapons. It should be noted that the scientific and technological potential of TMC and SPAMB is very great indeed," said Igor Korotchenko, military expert and editor-in-chief of the journal National Defense.

In recent years, the development and implementation of hypersonic devices has become a stable trend in the global arms market. In particular, this year has seen the U.S. test-launch of its new X-51 Waverider missile. The tests failed, however. 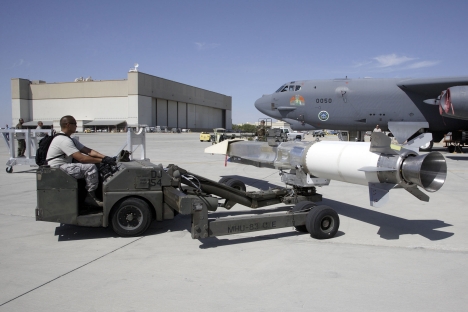 Nevertheless, the race between the U.S., China, and Russia for dominance in hypersonic cruise missiles continues unabated. Over the years, these three countries have made huge technological strides, resulting in controllable missiles able to fly at Mach 5 (five times the speed of sound, or roughly 3,805 miles per hour).

The current batch of missiles with forward-flow ramjet technology - such as the Russian R-270 Mosquito and the U.S. Harpoon - cruise at a comparatively sedate Mach 2. They are quite slow and capable of being intercepted. However, trying to intercept a cruise missile flying at more than Mach 5 would be a daunting challenge.

The appearance of such missiles would put aircraft carrier groups and other such targets at serious risk. Of course, the atmospheric re-entry rate of China's Dongfeng-21 anti-ship ballistic missile is higher than the possible maximum speed of hypersonic cruise missiles, but the latter are much more maneuverable and can fly at low altitude to avoid early detection warning systems.

The first developments in this area were made by Soviet engineers in the 1950s. Tests back then produced hypersonic speeds of Mach 5. The first practical experiment in the field of hypersonic flight was the Spiral aerospace system, which consisted of an orbital plane attached to a hypersonic aircraft and launched at an altitude of about 20 miles.

The concept was to achieve Mach 6. Spiral, which was created as a response to the U.S. military's X-20 Dyna-Soar, was unable to fly - but neither was the American version.

A more realistic test of hypersonic technology was conducted in the final days of the Soviet Union. In late November 1991, the "Kholod" (Cold) flying laboratory took its first spin. The main component of the laboratory was a hypersonic ramjet engine capable of accelerating the delivery vehicle to several Mach at an altitude of 12-20 miles.

Prior to 1999, a number of tests were carried out that proved very successful, attaining speeds of around 1,180 miles per hour. But all further development of hypersonic technology was curtailed in the wake of the economic crash in 1998.

As of today, open sources define several key areas of hypersonic development: most important of all are combat maneuvering units for intercontinental ballistic missiles and sea-based launch sites. They are much larger and heavier, but they are still able to maneuver in the atmosphere, making it impossible for missile defense shields to intercept them.

As noted by Yury Zaitsev, academic advisor to the Russian Academy of Engineering Sciences, the Pentagon has spent around $2 billion on its program to create hypersonic delivery vehicles in the last decade. Given Washington's increasing technological capacity, it is vital that Russia develop its own hypersonic capability, which includes the means to pre-empt the global missile defense system being developed by the U.S. and its allies.

If all of Russia's current projects are merged into a single holding company, the results will be far more effective, allowing for the creation of sea-, air- and land-based hypersonic missiles.