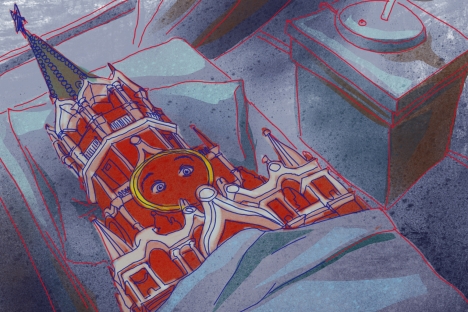 Culturally and historically, Russia belongs to Europe, but Europe is unaccustomed to its new position on the global periphery. The situation requires an urgent strategy from Russia for dealing with the rising East. 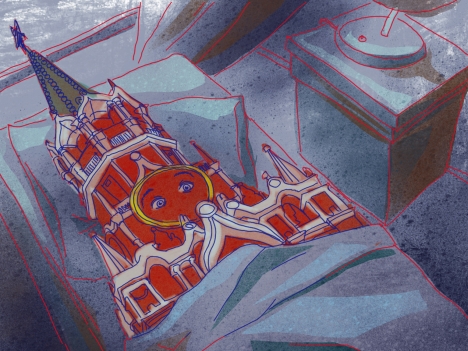 Drawing by Natalya Mikhaylenko. Click to enlarge the image.

The next Russia-EU summit, due to take place in late December, will mark the 30th anniversary of the cooperation-based institution. In his speech, Russia’s President Vladimir Putin is likely to repeat his offer for deeper strategic cooperation in economic matters and political rapprochement.

On this point, Putin has been consistent. At the dawn of his presidency in the early 2000s, when expectations were high, through the end of the last decade, when they were tense, as well as during his term as prime minister, his message has remained the same: Russia and the EU should combine their potential, because it is natural and, indeed, necessary. Without a union of some sort, both sides stand to lose a great deal in the competitive world of the 21st century.

No one can argue with this statement. There is just one catch: What basis could they unite on? The EU took it for granted that the European model (i.e., the principles and rules of a united Europe) should serve as the basis. “Let Russia adapt to our ways and then we can talk shop,” was the obvious subtext.

Putin asserted that the approach should be reciprocal and the partnership equal. Moscow opposed the EU's assumption that it would determine the convergence criteria, but it did not question the legitimacy of many European rules.

The mood changed with Putin's return to the presidency. Politically, Russia is now deliberately refusing to follow the model that, until quite recently, was considered European by default. In the 1990s and 2000s, Moscow had no shortage of conflicts with its European partners on issues of policy and values; Russia stood up for its "national identity" and stressed that building democracy was a painstaking process, which other countries had been doing for centuries. Without rejecting the actual concept or the ultimate goal, Russia requested that it be allowed to choose its own path and move at its own pace.

Now it would seem that Russia has ceased to recognize the existence of any externally prescribed aim. The European model, in the aggregate, is no longer taken as a benchmark, and its values have been called into question.

Whereas Moscow once disowned the very concept of "values" (viewing it as a thinly veiled attack) and emphasized instead the need to seek a convergence of interests, debates about values are now popular inside Russia itself.

It should be noted, however, that these values do not strictly coincide with those propounded by the Council of Europe. Instead, they hark back to classical ideas. As it turns out, it is not Europe criticizing Russia for a derogation of values, but Russia accusing Europe of consigning them to oblivion; and all the more so, since the current political and economic state of the Old World is such that "benchmark" is not a word that springs to mind when describing Europe.

The conflict surrounding the punk group Pussy Riot illustrates their differences in attitude. In Europe, the talk is of political persecution and violation of the right to freedom of expression and speech, while in Russia it is about blasphemy and insult to religious beliefs. Both sides have their fair share of propaganda, but it is also a clash of world views: Europe's liberalism against the traditionalism that is taking root in Russia.

As the Soviet and post-Soviet moral and ideological paradigm finally breathes its last, Russian society is beginning to look for another foothold; and there is nothing unique about turning to cultural and religious traditions.

However, this does not mean that this will be the new basis of the country's identity — the pendulum could still swing the other way. Europe's outlook and ideological platform are also unlikely to remain unchanged. It is hard to imagine that anything will stay intact in the face of such rapid and overwhelming global change. However, the divergent vectors are already clear, and there is no reason to suppose that their trajectory will be modified.

The economic situation has been turned upside down. Russia finally joined the WTO — an event which leading business communities had long expected. This, by itself, is no magic pill to attract foreign investment; but Russia's inclusion in the regulatory framework of world trade removes some concerns and provides mechanisms to protect the interests of foreign business.

Even without this added stimulus, Europe's business interest in Russia is growing, and not only as a source of raw materials, but as a nearly inexhaustible market with growing spending power and a country in need of technology partnerships with leading companies and nations.

As noted recently in a private conversation with a senior European official, "whatever Russia may be, for us it is the last Eldorado." This is especially significant, given the overall stagnation of the EU and alarming trends seen across the world.

Businesspeople are keen to ensure that policy inconsistencies do not hinder operations in the Russian market, as they have never interfered with investments in China. This does not mean that Russia's investment climate is cloudless, but the bottom line is that interest is growing.

To what extent is it possible to combine these two divergent trends: The growing ideological and political alienation, and the increasing pull of market forces? The dissonance cannot continue indefinitely. Either Europe will have to accept the fact that Russia has its own perception of the state-society relationship and stop drawing attention to it, or Russia will return to Europe's political standard. Otherwise, economic cooperation will continue to suffer from the political discrepancies.

Moscow is well aware of the changes taking place, particularly in the European energy market. The golden age of Gazprom is over, and the company will now have to wrangle over prices and customers in Europe and Asia (the latter, incidentally, is turning Russia's head).

Culturally and historically, Russia belongs to Europe, and this will not change in the foreseeable future; but Europe is unaccustomed to its new position on the global periphery, and Russia, with three-quarters of its territory in Asia, has to frame an urgent strategy to deal with the rising East. And that is where the main focus will be directed in the coming years.