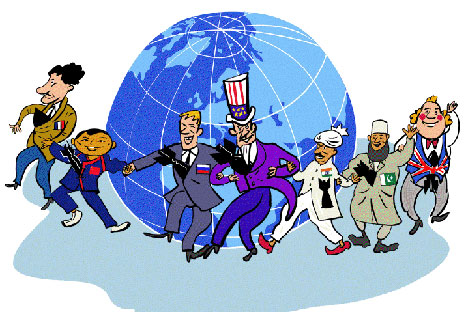 Russia may withdraw from the New Start (Strategic Arms Reduction Treaty) it signed with the United States in Prague two years ago.

This is not a hypothetical threat, but a very real scenario about which Sergei Ryabkov, the deputy foreign minister, warned this month.

The documents signed in the Czech capital envisaged equal cuts by Moscow and Washington of deployed and non-deployed defense systems. The treaty was part of the “reset” of Russian-American relations. Moscow signed the New Start with a proviso that it could withdraw from the agreement if the US’s missile defense system posed a threat to Russia’s national interests. At the time, that proviso seemed an unnecessary precaution on Russia’s part. But not so now.

Why does Moscow feel further disarmament initiatives are unacceptable? The most obvious reason is the continuing build-up of the American ballistic missile defense (BMD) system. According to the Russian military, there is no guarantee that this large-scale missile defense system will not be targeted against Russian strategic arms.

Unlike other joint initiatives with the West, such as the control over fissionable materials, or the Treaty on Conventional Armed Forces in Europe, where the obligations of the parties are sealed on paper, the US is only prepared to agree verbally on missile defense, although the issue affects Russia’s defense capability and calls for very specific guarantees.

The White House says the US Congress would not vote for a written treaty with Moscow that imposes restrictions on the BMD system. Russia sees this as indirect proof that the US missile defense may be used against Russian strategic arms. The fewer warheads Russia has, the easier they can be neutralised by the missile defense system, Russian experts say. Against this backdrop, calls from international institutions for Moscow to further cut armaments defy common sense.

Computer-assisted exercises to practise the interaction of Russian and Nato defenses in the event of a missile threat from third countries were recently held in Germany. The common system proved to be highly effective in intercepting medium- and short-range missiles, according to Anatoly Antonov, the Russian deputy defense minister. But the results of the exercise have still not been confirmed by the US. No wonder, because if it admitted positive results, Washington would be hard pushed to explain why Europe has to turn down Moscow’s offer of creating a common missile defense system.

Addressing a recent international conference in Moscow on nuclear weapons and international security in the 21st century, an American expert argued that continuing to disarm Russia would set a positive example to its nuclear neighbours – China, India and Pakistan. In theory, it would inspire them to start thinking about reducing their own arsenals. Do I really need to explain how Utopian that assumption is,  especially if you consider that the simmering old conflicts in Asia and the Arab East are heating up again?

Moscow is convinced that a new strand of the global arms race is about to start, if it has not started already. Western armies possess high-precision systems, missiles capable of moving at hyper-speeds making them almost as effective as nuclear weapons. Russia has to react to these new threats.

First Vice-Premier Dmitry Rogozin, who is in charge of the military-industrial complex, has cited some figures: Moscow will spend 20 trillion roubles on the procurement of new military hardware and a further three trillion to replenish its test bench fleet by 2020. The draft Russian budget for the coming years also earmarks hefty sums for defense. Meanwhile, spending on education, science and health care has been slashed as the Russian leadership considers defense spending so vital that it is ready to sacrifice the budget’s social items. Rogozin suggested that corruption in the military-industrial complex be equated to high treason.

A retired Russian military commander recalled how in Soviet times, he distributed warheads required for a pre-emptive strike on the potential enemy. Everybody at the Ministry of defense knew the rules of the game: if experts said the Soviets needed no more than eight to 10 nuclear missiles to hypothetically wipe out New York, the figure fixed on paper would be 10 times higher: that is, not eight but 80 missiles.

The Pentagon faced a similar problem in its own planning. A report by Global Zero, an international organisation that analyses surplus weapons in Russia and the US, says that for America to counter the nuclear threat from Russia, it should allocate 80 warheads for the hypothetical destruction of Moscow. Experts say that this is 10 times the number needed but it would assure parity with the Russian nuclear potential. The authors of Global Zero believe that the nuclear weapons reduction parameters envisaged under New Start could easily be increased without damaging the defense capabilities of the two sides. Russia, however, takes a more guarded view of such international initiatives.

While not renouncing further nuclear arms reduction talks, Russia thinks they should only be conducted on a multilateral basis and should involve all countries with nuclear programmes, and only after nuclear missile defense guarantees are received from the Americans and all the New Start provisions are implemented.

For now, the Kremlin is expected to disarm even as the US missile defense system is being strengthened and new nuclear countries are emerging and building up their arsenals. All of these factors are not conducive to Moscow’s participation in the struggle for a nuclear zero.

Unless the West convinces Russia by signing concrete agreements that the building of BMD does not threaten its security, Moscow will start making adjustments to the New Start agreement, arguing that the wording of the document no longer meets the needs of the times.

Yevgeny Shestakov is the editor of the international politics desk at Rossiyskaya Gazeta.