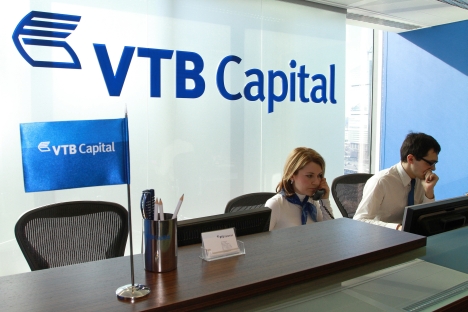 Faced with a slowing economy but a consumer lending boom, Russia moves to shore up its banking sector.

Capital at Russian banks is shrinking fast and could expose the sector to another crisis, say experts.

Squeezed on the one side by white-hot consumer lending and a slowing economy on the other, the Central Bank of Russia (CBR) has sought to shore up the sector with a range of new rules and loans. Analysts are afraid, however, that without more economic growth the sector’s problems may get worse.

GDP growth was running at 4-4.4 percent over the first six months of this year, but fears of a fresh financial storm blowing out of Europe caused managers to sit on their hands and cancel investment projects, driving down GDP growth to 2.8 percent as of October. The CBR said in September that less than 4 percent growth could lead to stagnation.

On the ground, however, things look very different. Many Russian consumers have been on a borrowing binge that has driven up consumer loans by a whopping 43 percent over the first nine months of this year – well into overheating territory and well ahead of deposit growth, which was up only 10 percent  over the same period.

For the first time, consumer loans overtook those made to Russian corporates in October, reaching a total of 1.78 trillion rubles ($57 billion) compared with 1.62 trillion rubles, as of October 1.

“The problem is not why retail lending is growing rapidly, but why corporate lending is so weak,” says Artem Konstandian, the president of Promsvyazbank, a leading commercial bank, adding that the volume of corporate loans was twice as high a year ago.

Normally lots of consumer lending wouldn’t be a problem, but with the debt markets in the West effectively closed to all but the biggest Russian companies, banks have been forced to dip into their capital to fund this lending bonanza.

Banks need to keep at least $8 in cash at all times out of every $100 they receive as deposits, as this is typically the amount customers will ask for on any given day. Because emerging markets are a lot more volatile, Russian banks have been keeping up to 20 percent of their deposits as cash in case there is a rush on withdrawals.

Some banks have put up interest rates to attract more deposits, which they need to fund loans, forcing them to take bigger risks in order to meet higher obligations. In the year to October, Russian banks have seen their capital adequacy fall from over 18 to 13.1 percent - only a few percentage points over the Central Bank’s minimum requirement of 10 percent. This has triggered significant measures.

The Central Bank is well aware of the problems. It restarted its lending program to banks this summer, also extending the list of securities it will accept as collateral. And several regulatory changes have been made to boost banks’ robustness, including hiking reserve requirements on loans to force banks to slow their lending.

The Central Bank is also accelerating its move to Basel III international banking standards. But the most effective measure it has taken to bolster confidence in the banking sector is to increase the retail deposit insurance limit to 1 million rubles ($32,000) from 700,000 rubles, to encourage the public to keep more of their money in banks. Russians are already confident about the scheme, which worked well in the aftermath of the 2008 crisis, paying back depositors in the handful of small banks that closed.

“By slowing consumer-loan growth, the CBR’s measures should help contain the risks; but in the longer term Russia’s banks will have to raise more capital,” says Roland Nash, chief investment officer at Moscow-based Verno Capital.