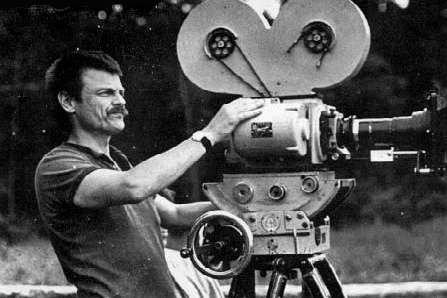 The archives of Russian iconic director Andrei Tarkovsky will be transferred to his hometown in Russia’s Ivanovo Region.

The archives of Andrei Tarkovsky – the famous Russian director of such renowned films as “Stalker” and “Solaris” –  were recently sold at an auction at Sotheby’s in London. The auction lot, which included the director’s screenplays, book manuscript, and personal notebooks and photos, among other things, well overshot the initial estimates for its sale.

Tarkovsky’s archives, which were put up for auction in London at Sotheby's, were acquired by an official representative of Russia's Ivanovo Region and will be shipped to the director’s House-Museum in his hometown of Yurevets. The news was confirmed to RIA Novosti by the governor of Ivanovo Region, Mikhail Menn.

The archives had been put up for sale by Olga Sokurova, a film historian and pupil of Tarkovsky. Sokurova co-authored Tarkovsky’s book, “Sculpting in Time,” in which the director discussed his films, the movie business, and art in general. The archives contain material from the director's professional and personal life.

As had been previously reported, Governor Mikhail Menn said it was vital to find extra-budgetary funds so that Tarkovsky's archives could be returned to his hometown of Yurevets. The funds were collected from NGOs and business people, including partners of the International Tarkovsky Film Festival “Zerkalo” (meaning “Mirror” in English), which is held annually in Ivanovo Region.

“The director's unique legacy was sold for £1.3 million ($2 million). There were 22 bidders at the auction. Those bidding right to the finish included the Ivanovo Region representative, the famous film-director Lars von Trier and an unnamed collector,” a Press Agency contact said.

“Along with the Ministry of Culture, we've done everything possible to bring people's attention to this matter and bring the famous director's archives back to Russia. Our thanks go out to the donors” said Gov. Menn.

The items in the archive include the director's screenplays for the films “Solaris,” “The White, White Day” (which was released under the title “Zerkalo”), and “Stalker.” The screenplays had previously been published, but RBK reported that the print-run had been extremely limited; it was entirely possible that the copies in the auction were, in reality, the only ones left. These screenplays do not only include the spoken dialogue of the performers, but also directions for camera location and camera angle. Several of the author's ideas in these scripts were, in fact, later shot rather differently on set.

The lot also includes the manuscript for the book “Sculpting in Time,” which Tarkovsky published in 1986. The book became a classic among texts about filmmaking. In addition, there are the director's notebooks with frame-by-frame notes on his films, and 32 audio tapes of discussions with the director. There are also albums of personal photographs showing Tarkovsky alongside his family, friends and other famous personalities, such as Mstislav Rostropovich.

One of the most intriguing items in the archive is a letter addressed to Leonid Brezhnev, in which Tarkovsky sought permission to work in the Soviet Union and screen his films there, since his work had been banned in his homeland.

Sokurova had earlier said that she had attempted to sell the archives to Russia several times. “In fact, I even offered to sell the documents for a purely token sum — the first time for $12,000, and the second time for $30,000. But no one could be bothered” she told the Interfax Press Agency.

The International Tarkovsky Film Festival “Zerkalo” has been held in Ivanovo Region annually since 2007. The house where Tarkovsky lived as a child was made into a museum in 1996.

This article is based on materials published by RIA Novosti and Ekho of Moscow radio.