Moscow to develop into a global financial centre 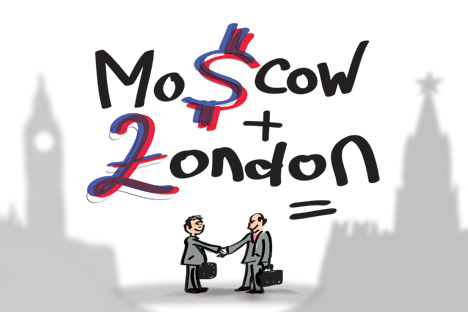 Moscow has the vision of becoming a global financial centre, in the mould of London. Over the last two years London has embraced this idea with open arms.

This month will mark another chapter where leading City businesses and officials will welcome a high-level Russian delegation visit to London to discuss plans to transform Moscow into a world-class financial destination. This meeting will be a critical point for both Russia and Britain to cement the commitments they have made towards this end.

Using London's financial infrastructure as a roadmap, planners of the Moscow International Financial Centre initiative have made considerable progress over the last two years. But with this success, critics in both the UK and Russia have questioned whether Moscow will truly be able to transform itself into a financial capital on the scale of a London or New York, or even more realistically to pose as a credible challenger to emerging capitals in Asia such as Singapore or Shanghai.

Laying out a welcome mat for new investors

One of the most recent examples of achieved success on this road is soon to be launched liberalization of the access of global investors into the domestic bond market. As soon as early January any global fund will be able to purchase RUB-denominated government bond securities using a standard procedure and Euroclear account. This has already spurred significant inflows into the domestic market pushing lower bond yields and adding to RUB strength.

But not only a proper regulations of financial transactions is what needed by Moscow to become international financial sector. For example, in terms of quality of business climate Russia is currently ranked 112th in the World Bank’s "Ease of Doing Business" league table, a ranking that President Putin has committed to raise to the top twenty. Besides that standards and quality of living should be significantly improved to make Russia's capital desired destination for the people worldwide.

And while these lingering doubts of Russia pertain to corruption, security and commitment to the rule of law, there is an equally growing expectation in many circles that Russian business practices will evolve in line with closer integration and standards that the current major financial capitals adhere to. Developing Moscow will increase international trade volumes, and that will mean that there will be more opportunities for both the City and the UK as a whole. This is partly why Russia and the City have so much to offer each other.

As the Russian economy continues to diversify, significant progress continues to be made and there are a number of opportunities for British-Russian co-operation to be explored, in areas ranging from the pharmaceuticals industry to financing waste treatment projects and renewable energy. 2011 was a strong year for economic cooperation between Russia and the United Kingdom. This demonstrated the strength of the market and the strength of the Russian IPOs on it, with six IPOs on the main market, and two further offerings – with the capital raised totalling over $7 billion – and with two companies transferring from GDRs to premium listing and entering the FTSE 100 index.

2012 has shown even greater focus – the EBRD has been working closely with the Russian authorities on mobilising finance to modernise assets, expanding markets and improving efficiencies. Banking services penetration remains low compared to other markets – just over 40% of loans to GDP, compared to 123% in China and well over 100% in most developed markets. Good progress is being made. These figures amount to a major contribution to building up Russia as a major market economy – and one key point likely to be discussed this week will be how both countries can work together to increase banking services penetration and how both sides will develop the banking sector to attract foreign investment and transfer human capital.

Clearly however, it is not just Russia that stands to benefit from the forging of closer ties between our two countries, particularly with regards to financial services. As British Prime Minister David Cameron said in a speech to a Moscow audience last year, some people talk about trade as a competition in which one country’s success is another’s failure. But the overarching point he made about trade is that every side has something to gain and benefit from increased ties. UK firms stand to benefit at every stage of the process, be it the infrastructure firms engaged in public-private partnerships or project finance or financial services firms able to operate in an increasingly open and stable marketplace. Also, London is far more than just a global financial centre – it is also a global litigation centre, providing legal counsel to international business.

It is part of the British model to hold businesses accountable and to uphold the rule of law. If anything, as Moscow develops into a global financial centre, it will also transform into an example that will mirror the example of London has set as a model for the rule of the law. More international and commercial arbitrations take place in London under English law than in any other city in the world – with 90% of commercial cases handled by London firms involving an international party.

The number of disputes resolved through arbitration and mediation in the UK was well over 34,000 in 2009 – up from less than 20,000 in 2007. This is a sure sign of businesses’ trust of London legal system as much as it is their trust of its financial system. If Russia is to enter the top twenty of the World Bank’s “Ease of Doing Business” league table by 2018, a commitment that was made recently, and if Moscow is to become one of the world’s financial hubs, more businesses and financial centres like London will need to continue to place its trust in Moscow.

This week’s meeting between Russian and British leaders is another step towards meeting this goal but importantly it is another chapter in Moscow’s evolution towards modernisation. The future holds all kinds of possibilities for greater partnership between our two nations. This is why we look forward to working closely with Britain in enhancing these projects, and developing and deepening our partnership in years to come.

Maxim Oreshkin is Chief Economist for Russia at VTB Capital