The Voice of Russia
Pavel Orlov 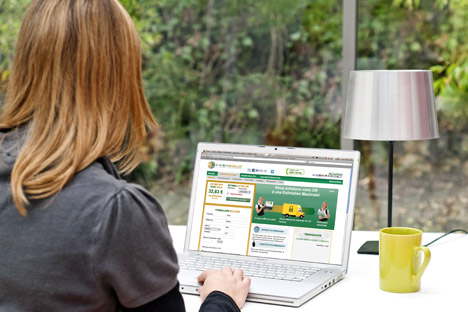 Last year’s market volume for e-commerce in Russia stood at $12 billion, a figure that experts say may increase drastically in 2013.

Online shopping in Russia will see a real boom in 2013, according to analysts from US investment bank Morgan Stanley. They estimated that market volume for online purchase in Russia will double this year, and increase to $40 billion by 2015.

Every second Internet user currently buys products through the Internet, namely, 25 million Russians are annually involved in online shopping. Last year’s market volume for e-commerce in Russia stood at $12 billion, a figure that experts say may increase drastically in 2013 thanks to broadband Internet access.

The experts are echoed by Moscow-based analyst Ilya Rachenkov who mentions two major factors to add to expanding online shopping in Russia. “First and foremost, this year will see further growth in broadband Internet access in Russia, where the number of Internet users is almost certain to increase,” Rachenkov says.  “Another factor is the spread of online banking and electronic payment systems, including Yandex Money and many others.”

Golden years ahead for Russia's e-commerce

Shopping clothes and electronics online has been not uncommon in the Runet in the past few years, something that was also the case with the online service of collective purchases. Experts say that such a service will see a decline in 2013 due to overstocked market.

Meanwhile, Morgan Stanley experts predict that the market volume for products purchased online in Russia will increase to $36 billion by 2015 and more than $70 billion by 2020. This means that part of the shopping business will be gradually transferred to the Internet to reduce expenses, says Sergei Khestanov, chief executive of the Alor company.

“Online shopping, Khestanov says, will contribute to enhancing the consumer retail market due to the fact that as compared to traditional trade, online one can introduce a lot more goods to be purchased by customers all across Russia.”

According to Russia’s leading Internet search engine Yandex, last year saw an increase in regional online shopping in Russia, a trend that experts say will play into the hands of young trade specialists who could support online shopping. This, in turn, will add to creating more jobs in Russia in the future.