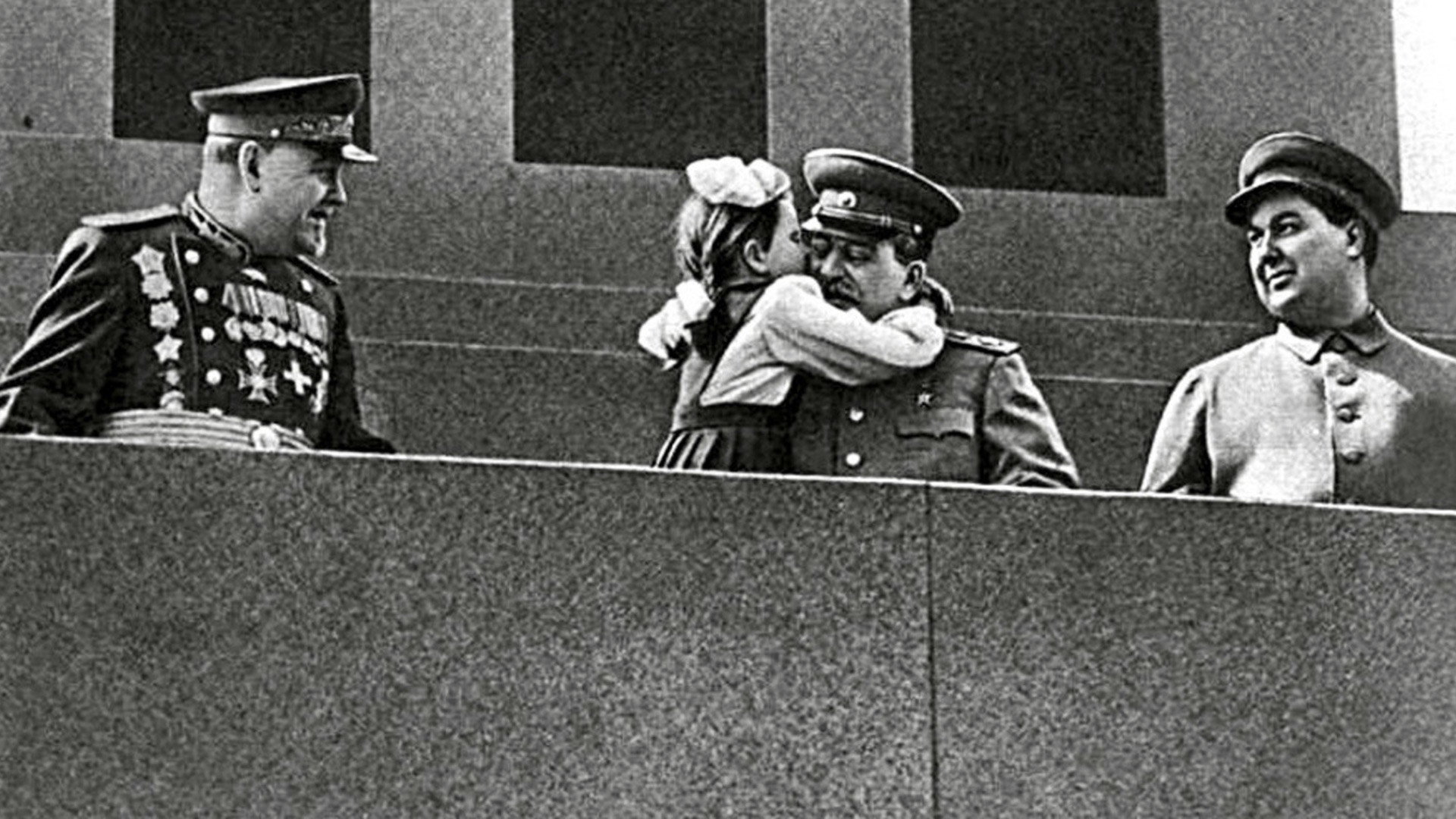 Archive Photo
RBTH presents Russia's seven most outstanding girls and young women of the past 100 years.

A brief look at some of Russia’s most famous young woman and girls during the last century. 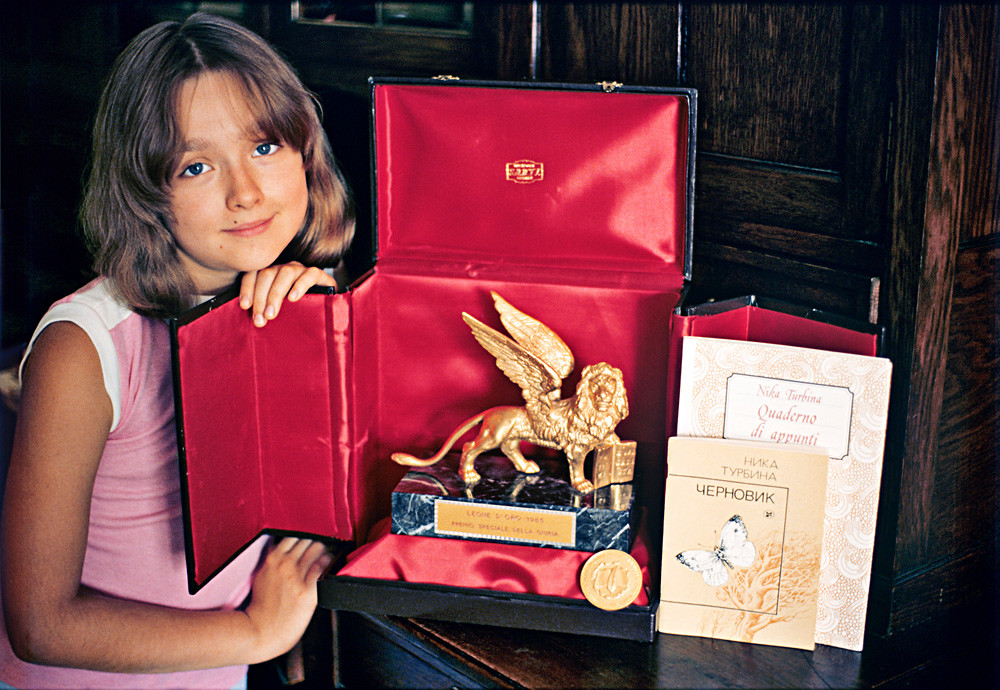 Nika was a gifted but unhappy child. She began to write poetry when she was very small. At the age of seven, she already had her poems published in the national press, which was followed by a book of her striking poetry that came out when she was just nine. It was then that Nika was invited to feature in a film by poet and film director Yevgeny Yevtshenko, one of the most famous Soviet authors of the time. She traveled to the United States, where she met the future winner of a Nobel Prize in literature, poet Joseph Brodsky. Nika was an impressionable and sickly child, prone to nervous breakdowns. In 1990, at the age of 16, she went to Switzerland to be treated at a local psychiatric clinic. There she got married to a psychiatry professor, who was 76 at the time. A year later she returned to Moscow. In 2002 she died as a result of falling out of a window. 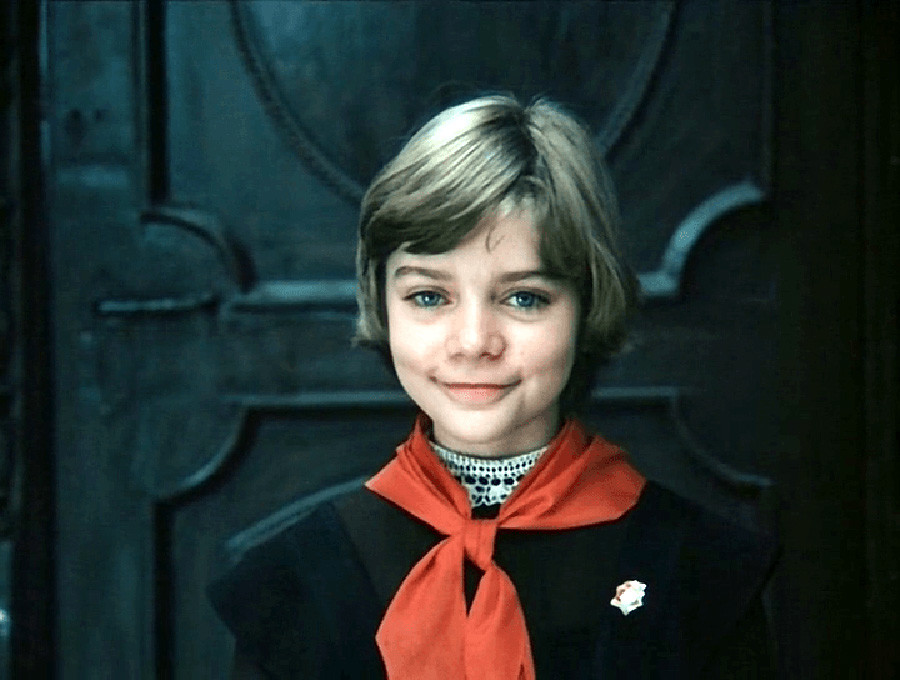 Natalya was the most famous film star of the late Soviet period. Thanks to her leading part of Alisa Selezneva in an extremely popular children's sci-fi TV series "Guest from the Future," Natasha became an idol for girls of her age and a sex symbol for boys. She was born in 1972 and was filmed in "Guest from the Future" in 1984. The heroine of the series, Alisa Selezneva, was a girl from a Communist future who travelled from her 21st century back into the year 1984 in a time machine traveled to track two space pirates, who had stolen a device for reading people's minds. After the phenomenal success of the film, Natalya made several more movies, after which she quit cinema, trained as a biologist and is how heading a company that makes medical equipment. 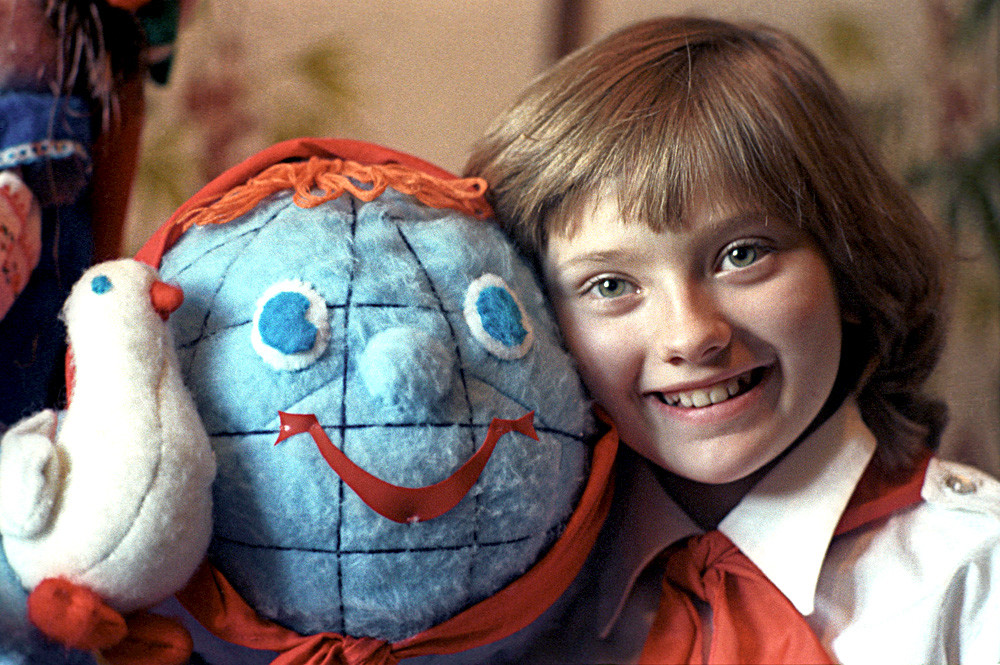 It all began in 1982, at the height of the Cold War, when an American schoolgirl, Samantha Smith, wrote a letter to the then Soviet leader, Yuri Andropov. In the letter she asked if there would be a nuclear war. Andropov reassured the American girl that there would be no war and invited her to visit the Soviet Union. After her visit, the Communist leadership came up with a reciprocal plan and produced a Soviet girl on a similar mission. The girl was Katya Lycheva. In 1986 the 12-year-old Katya was selected out of thousands of contenders for that role. She went on a tour of U.S. cities as a peace ambassador. For several years Katya Lycheva's popularity in the West was comparable to that of Yuri Gagarin, the first man in space. However, then times changed; Katya and her family left for Paris but later returned to Moscow. She refuses all interview requests. 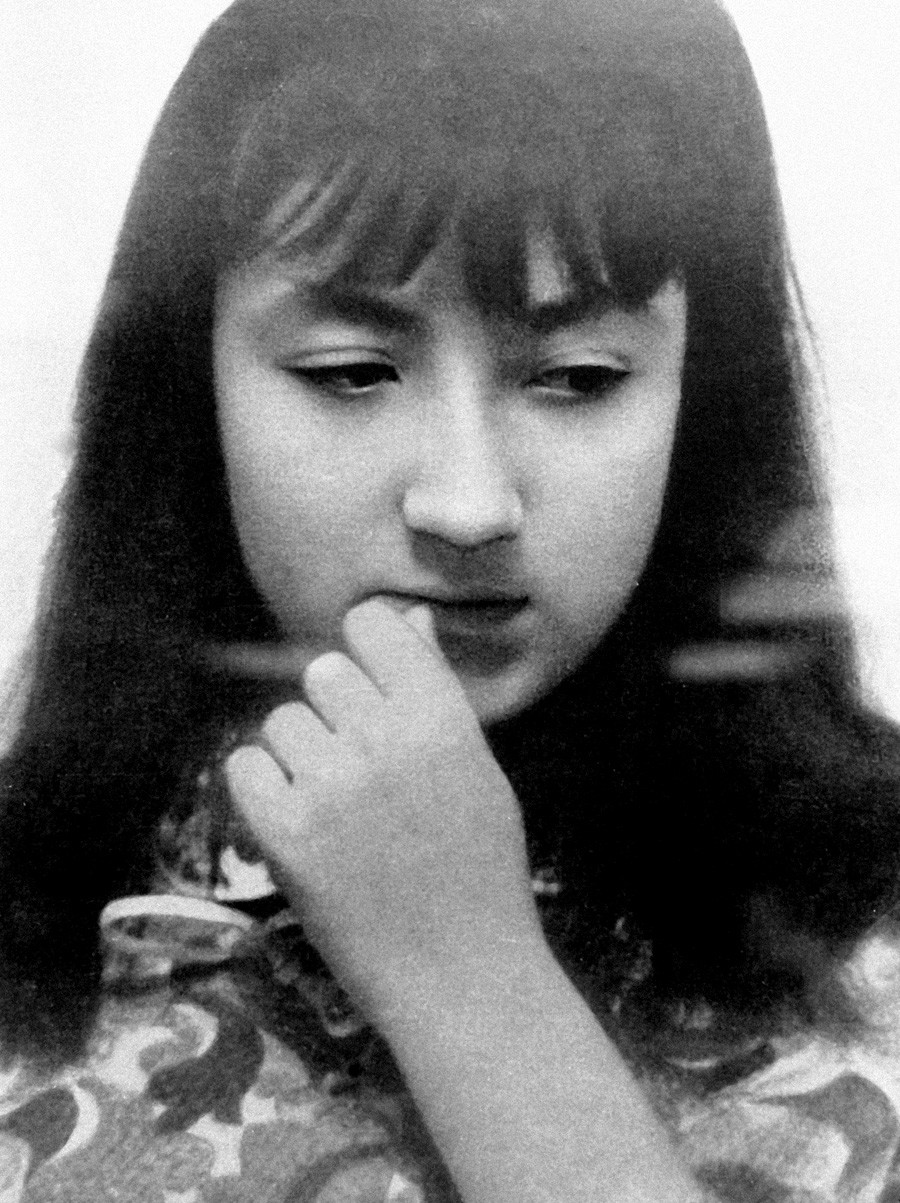 Nadya was born in 1952 and died in 1969, at the age of 17. Aged just five, the girl began to produce very gifted drawings though she had never been taught how to draw. Although she came from an artistic family: her father was a famous theatre production designer. Nadya drew without making any sketches first, she said she saw her completed drawings in her mind. Nadya had her first personal exhibition when she was just 12. She became a famous artist, her illustrations were published in magazines. Nadya died of a stroke at the age of 17. There is a minor planet named after her. 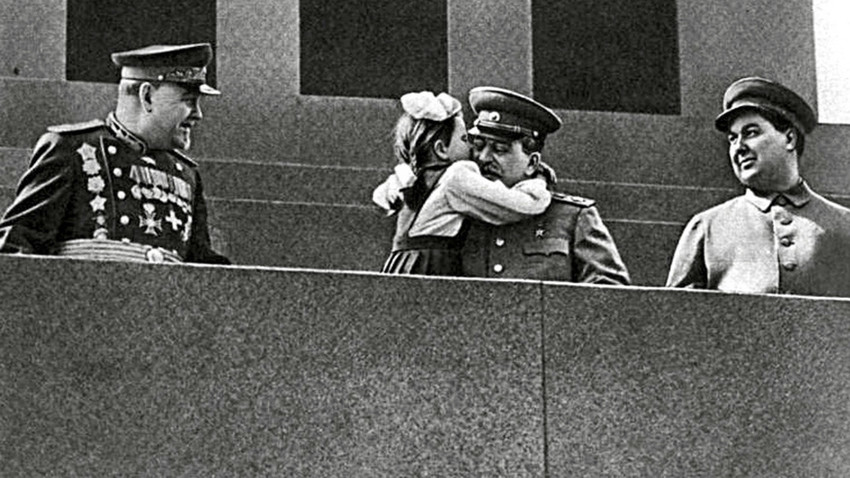 Tyrants love it to be photographed with children. During Joseph Stalin's rule one of these children was Vera Kondakova. In a famous photo, she is presenting the Soviet leader with a bouquet of flowers at May 1 celebrations. She was seven at the time. After the picture was published in the papers, Vera became a Soviet icon. She appeared on the radio and performed in palaces of culture around the country.

There were other girls that became famous because they had been photographed together with Stalin: Gelya Markizova from Buryuatia, and Mamlakat Nakhangova from Tajikistan. There was an anecdote connecting the two of them. When Gelya Markizova's father fell victim to Stalin's purges, censors were expected to ban images depicting the prosecuted man's daughter together with the Communist leader. However so many of these images had already been printed that it was impossible to withdraw them from circulation. Then it was decided to present the girl in the pictures as Mamlakat Nakhangova, rather than who it really was, i.e. Gelya Markizova. And no one was any the wiser since not that many people could tell the difference between the two girls. 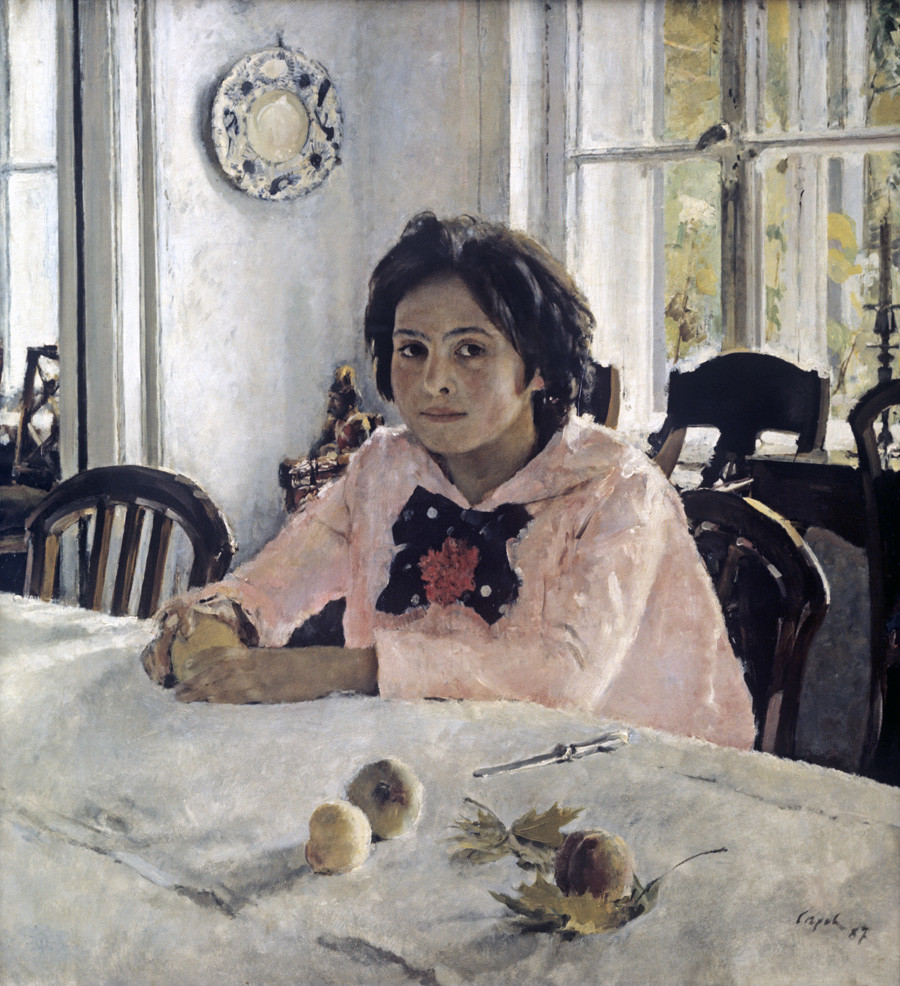 Vera Mamontova is the girl in the famous painting by Valentin Serov, "The Girl with Peaches" (1887). The picture is one of the best loved in the Tretyakov Gallery collection, and the girl in it is familiar to many generations of Russian schoolchildren since a reproduction of the painting featured in numerous school textbooks. Vera was the daughter of a famous patron of the arts and collector, Savva Mamontov. Later, already as a grown-up, she sat for another great Russian artist, Viktor Vasnetsov, and is captured in his painting "Girl with a maple branch" (1896). 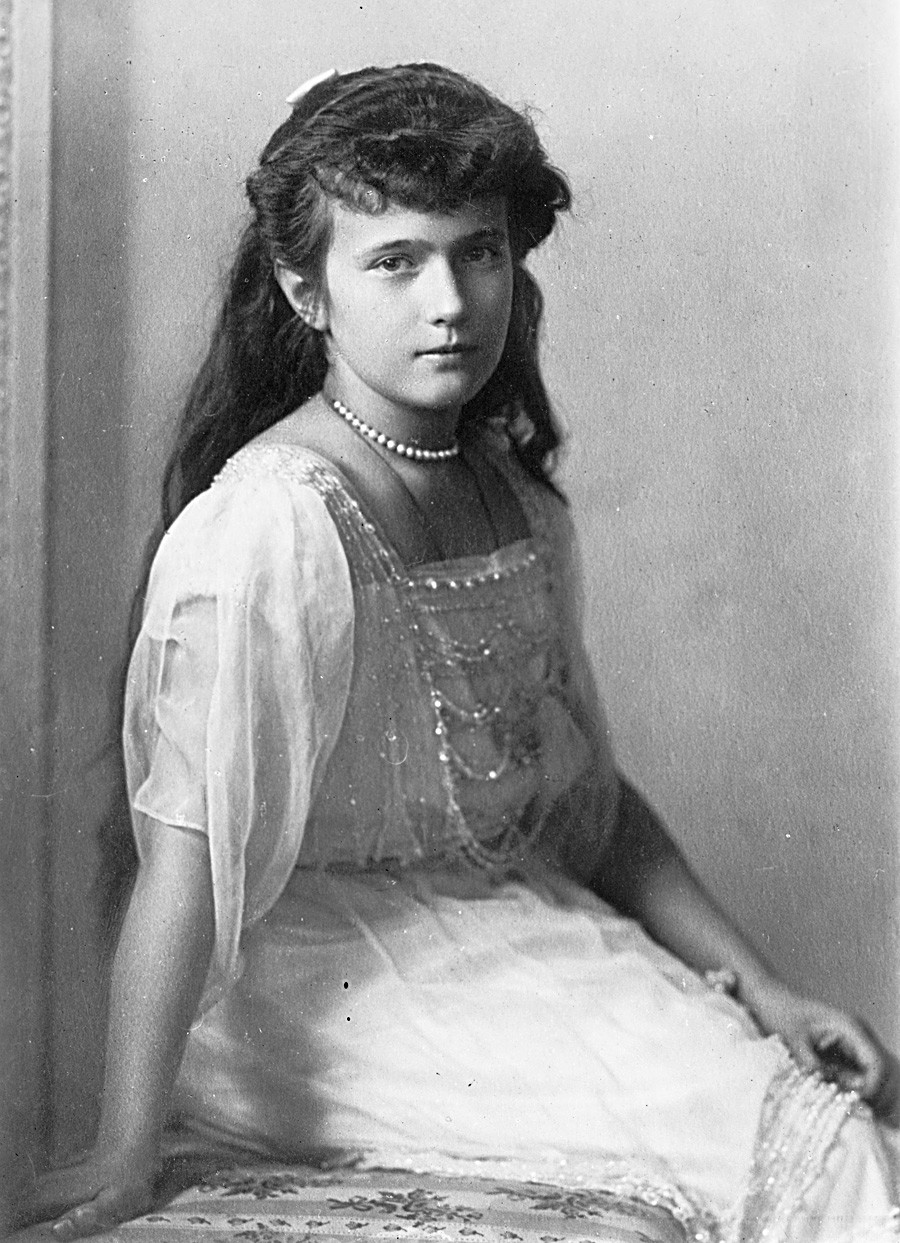 Anastasia was the daughter of the last Russian emperor, Nicholas II. She was born in 1901 and executed by the Bolsheviks with the rest of her family in Yekaterinburg in 1918. The young princess was just 17 at the time. Her posthumous fame turned out to be much longer than her life thanks to a popular legend alleging that Anastasia had miraculously managed to escape the execution and fled abroad. The legend gave rise to numerous so-called False Anastasias, over 30 of them altogether, who claimed that they were the last surviving daughter of Nicholas II. The story inspired the 1997 Hollywood animated feature "Anastasia".