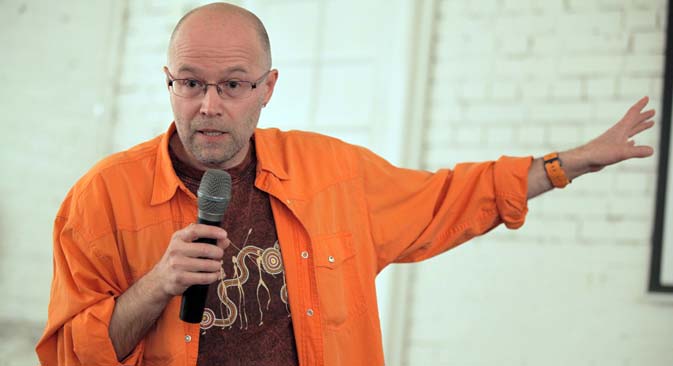 Konstantin Bronzit: “I am convinced that cinema as an art form is over”. Source: Phtoxpress

A major international animated film festival being held in Annecy, France, has awarded its grand prix in the short film category to Konstantin Bronzit’s “We Can't Live Without Cosmos.” RBTH spoke to the director about space, the differences between Russian and Western animation and the future of cinema.

RBTH: Your film is being compared both to Stanley Kubrick’s “2001: A Space Odyssey” and the more recent films “Gravity” and “Interstellar.” What were you inspired by when you were working on it?

Konstantin Bronzit: During filming, I thought of those movies least of all, although I do like “Interstellar” and associations with “2001: A Space Odyssey” are understandable. But there is no relationship between these films and my film. Having said that, it is clear that when films have some external features in common – in this case, it is the existence of a mystical cosmic space – comparisons are inevitable. Let them compare.

However, mine is an animated film and animation uses a completely different means of expression. In my film, space is just a background against which the story unfolds. It is a story about two friends, cosmonauts, who are obsessed with going into space and during training they do everything possible to become the best to get this opportunity. 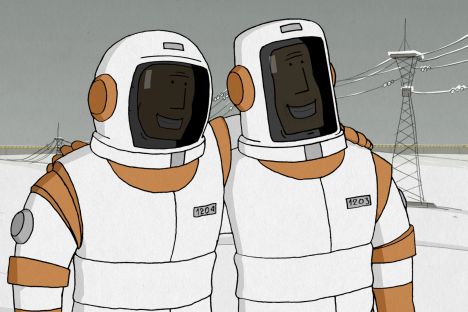 A major international animated film festival being held in Annecy, France, has awarded its grand prix in the short film category to Konstantin Bronzit’s “We Can't Live Without Cosmos.” Source: annecy.org

As for inspiration, this is not the right word to use here. I was not inspired by anything. You know how it usually happens: you get an idea and this idea starts eating at you from within. And then it is not a question of inspiration, it is a question of self-therapy: you need to heal yourself, to “spit out” this illness from within you in the form of a product, i.e. a film.

RBTH: This is the second time that you have won a prize at Annecy. How have your tastes and approach to animation changed since “Switchcraft?” (Bronzit’s 1994 film, for which he won his first grand prix – RBTH)

K. B.: I’ll have to correct you there. This is in fact my third grand-prix at Annecy. For some reason, few people remember that in 1998 I got a prize there for my 1.5-minute-long film “Die Hard.” It was the same prize but in a different category, for TV films.

As for my approach, it has not changed. My approach was formed in 1994-1995. Back then, I was busy studying the profession, listening to clever directors, reading books and I spent a year making “Switchcraft.”

And I realized that rule number one for a director is to trust oneself, one’s intuition. If you believe that your film must look one way and not another – I don’t mean a mistake in editing that has been pointed out to you but you refuse to accept it, but the nerve of the film, its intonation  – then this is the way it should be.

At the time, I nearly swerved from that path. I became afraid that viewers might not like “Switchcraft” because of its slow tempo. My fate could have turned out differently, but in the end I trusted myself. And that was how I have made all of my subsequent films. Having said that, this does not eliminate the need to constantly learn and improve in your field, after all the creative process is based on a craft.

RBTH: Is it possible to identify some key trends in modern animation?

K. B.: I shall be speaking only about art-house animation. In commercial animation, everything is clear: the point there is to invent a story that would work for the whole family, to create a fun experience for the viewer and to make some money in the process.

As for trends in art-house animation, primarily it is a movement away from narrative. Young auteurs are little bothered by the story, but want to surprise, to scare the viewer, to show something gruesome – this is what many of them think is the appropriate way to make a film.

K. B.: We have less of that gruesomeness. Probably because the traditions of Soviet animation are still strong.

Perhaps we are wired in such a way so that young directors are not attracted by trash, by gore. We are more inclined to create films that are narrative-driven, we like telling cautionary tales in order to show something good, something humane. We grew up on fairy tales, on good-hearted animated films. This is the way we think.

RBTH: You have worked both in Russia and abroad. Where do you feel more comfortable?

K. B.: Of course, I find it more comfortable to work at the Melnitsa Animation Studio in St. Petersburg than at foreign studios. When you work with people in your native language, it is faster and easier to understand each other. But this is not the issue.

I reject the word “comfort” when it comes to making a film. I don’t find making films comfortable. And if I can’t get it right, I will feel equally miserable in Zimbabwe as in Chukotka. And I shall be equally pleased that I have solved a problem, irrespective of where I am. Except that, of course, it is nicer where the climate is warm.

RBTH: Would you like to make a live-action film?

K. B.: Not anymore. I am convinced that cinema as an art form is over. All the stories have been told, and cinema is developing only in terms of technology.

RBTH: Does it mean that there will be more animated feature films made?

K. B.: I fear that what I have said is true for animation, too. But I would never venture so far as to predict its future.

Ron Diamond, director of the Animation Show of Shows festival, has started a kickstarter campaign to expand the program of animated film screenings in the U.S. In particular, Diamond would like to screen Bronzit’s latest work at his next festival.