When the Philippines welcomed Russian refugees

Tubabao Island hosted around 6,000 ‘White Russian’ refugees, who fled China in 1948, when they were in danger of being forcibly repatriated to the USSR. They lived on the Philippine island for four years, a time that locals affectionately refer to as ‘Tiempo Russo.’

As the winds of change blew across civil war-ridden China in 1948, the community of ‘White Russians,’ emigrants who fled Russia in the wake of the Bolshevik Revolution, grew increasingly uneasy over the political developments in their adopted country. Forces loyal to the Communist Party of China were winning the civil war against Kuomintang-led government.

The Russian community, comprising mainly of the members of the intelligentsia, thrived for more than 25 years in cites such as Harbin Beijing and Shanghai. As the Chinese communists, backed by the Soviet Union, started defeating the government forces, they began to forcibly repatriate Russians to the USSR. 40,000 Cossacks were sent back to the Soviet Union, only to be marched off to labor camps in the Russian Far East.  The community of 6,000 ‘White Russians’ in China appealed to several countries for help through the International Refugee Organization (IRO), which later became the United National High Commissioner for Refugees (UNHCR).

“Many countries, including the U.S., responded sympathetically, but only one gave the reply they desperately needed—the then very new Republic of the Philippines, led by President Elpidio Quirino,” says Kinna Kwan, Senior Researcher at the President Elpido Quirino Foundation.  Close to 6,000 anti-Communist refugees left China on rusty ships to land in the small Philippine island of Tubabao (a four-hour boat ride away from the city of Guiuan).  They were evacuated with the help of the IRO, according to Kwan. For the next four years, the community lived on the Philippine island.

For the locals on the island,  “these four years comprise a very interesting period they fondly refer to as the Tiempo Ruso, or the Time of the Russians,” Kwan wrote in an article titled ‘The Philippines and Asylum: A Historical Perspective lecture by UNHCR Representative to the Philippines entitled Tiempo Ruso.’

The typhoon-ravaged island, which was a receiving station for personnel working for a U.S. Naval base during the Second World War, had a small population of fishing families and a handful of concrete structures.

According to Kwan, the resourceful refugees comprising of teachers, doctors, engineers, architects, ex-military officers, lawyers, artists, performers, and priests, used their professional skills and knowhow to improve living conditions and even achieve a sense of normalcy on the island.

“The camp eventually grew to be a thriving ‘little Russian city,’ divided into 14 main districts with democratically-elected leaders, and with organized communal kitchens, power stations, Russian schools, a hospital and a dental clinic, an arbitration court, a police force and a little jail, and several churches for different faiths—including a wooden Russian Orthodox church built from an abandoned church left by the Americans,” Kwan wrote in the article for the UNHCR.

“Through sheer hard work, they converted the settlement into a very livable town,” says Larissa Goncharova, a historian who is writing a book on ‘White Russians.’  The refugees even set up an open-air cinema, a theater company and conducted piano and dance lessons, Goncharova adds. “These people were among the first to spread Russian culture in the Philippines.” 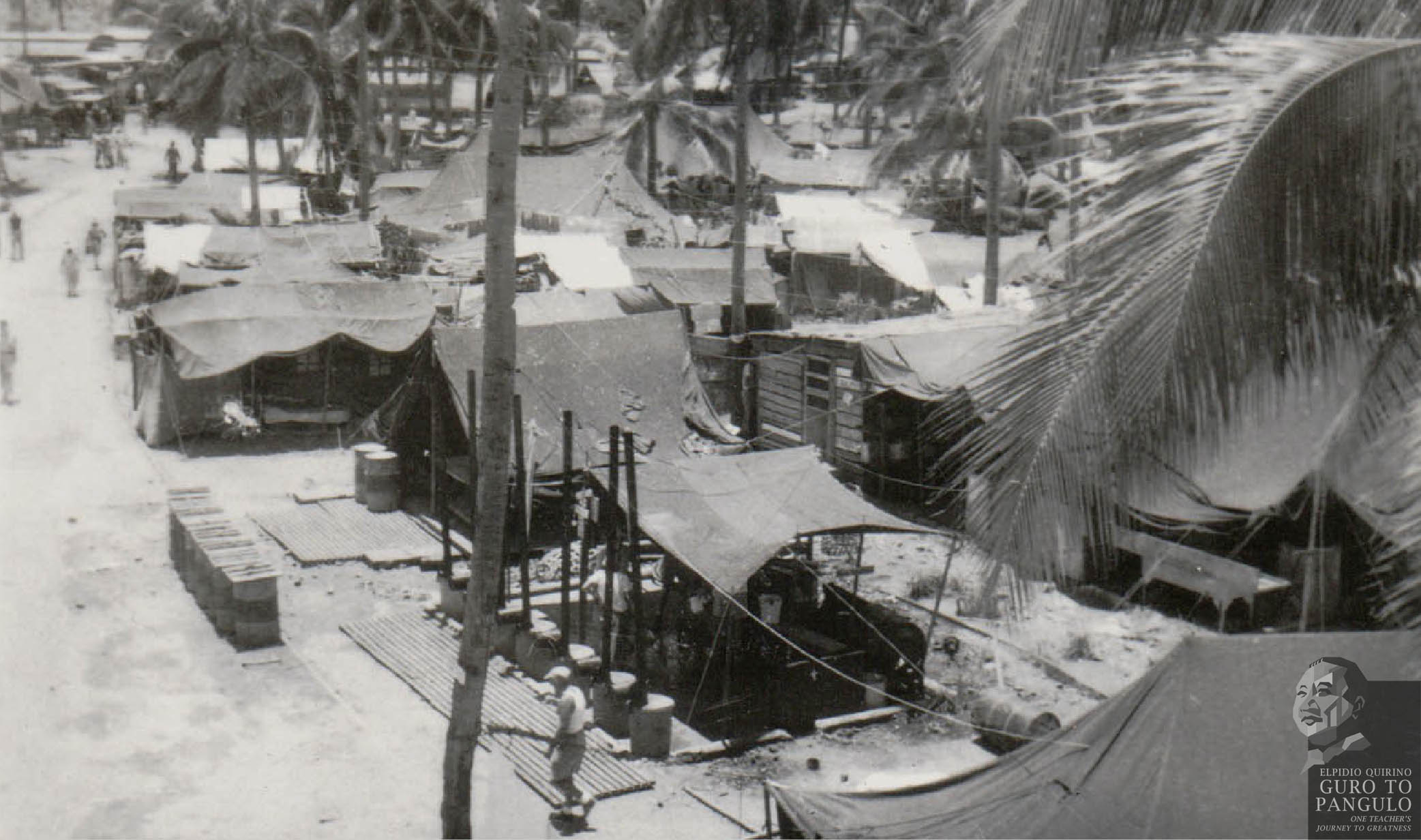 Gallery: Russian émigrés in the Philippines

The locals on the island hold Russian Orthodox Bishop John Maximovitch in high reverence. “He is remembered to this day not only by former Tubabao refugees but also by the Tubabao natives as the holy man who blessed the camp from four directions every night to ward off typhoons and other potential dangers,” Kwan wrote in the UNHCR article.

In October 1949, Philippine President Quirino visited the camp and ordered that the barbed wire around the camp be taken down.

Over the next three years, the refugees were eventually resettled in different countries. Around half the population went to the United States, and large numbers moved to Australia and South America. “There are still around 40 families living in and around Manila,” says Goncharova.  The camp was closed in 1953.

Remembrance ceremonies are regularly held in Tubabao, with some of the refugees and their relatives visiting the island to express gratitude to the Philippines and to pay homage to President Quirino. “It took immense courage and a big heart for a newly independent and poor country like the Philippines to accept such a large number of refugees in the 1940s,” Goncharova says. “Even now, many developed countries have built walls on their borders to keep out those in distress…The Philippines showed the way, almost 70 years ago.