5 English portraits you shouldn’t miss at the Hermitage 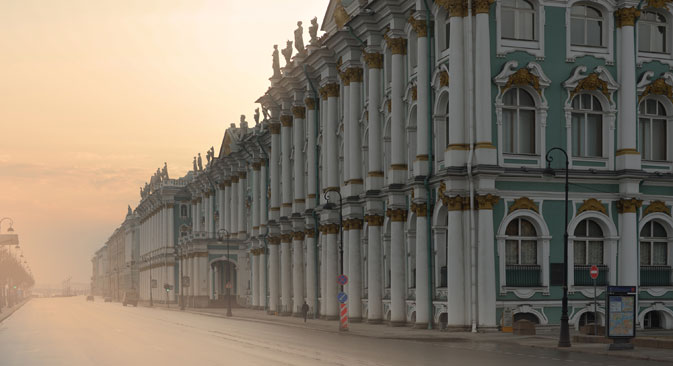 The Hermitage boasts some of the best works of portraiture in the world. From the collection of works by English painters, here are five must-sees. 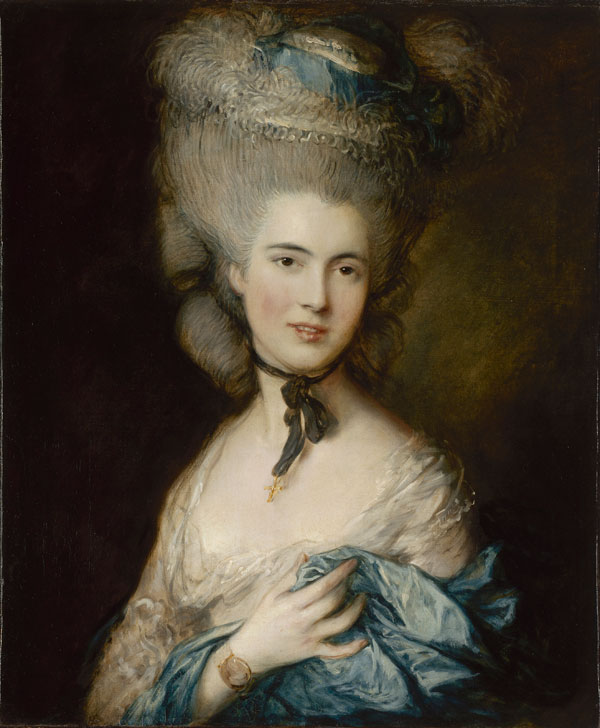 The sensuality of Gainsborough’s Woman in Blue, acquired in 1911, marks it out as one of the Hermitage’s most celebrated pieces. Although Gainsborough professed to dislike portraiture (preferring instead to paint landscapes), Woman in Blue is perhaps his most acclaimed work, and on crowded Saturday afternoons, be prepared to wait in line in order to get a good look.

The anonymous sitter’s expression borders between pleasure and bemusement as she holds the folds of her shawl with a delicate hand. Light brush strokes combine with a swirl of grays, blues and greens to set a mood of romantic elegance and charm, while fine marks and rough dashes bring out the texture of her powdered hair and feathered hat.

Even rival and critic, Joshua Reynolds, conceded his admiration for Gainsborough’s unorthodox style saying, “this chaos, this uncouth and shapeless appearance, by a kind of magic, at a certain distance assumes form, and all parts seem to drop into their proper place.” 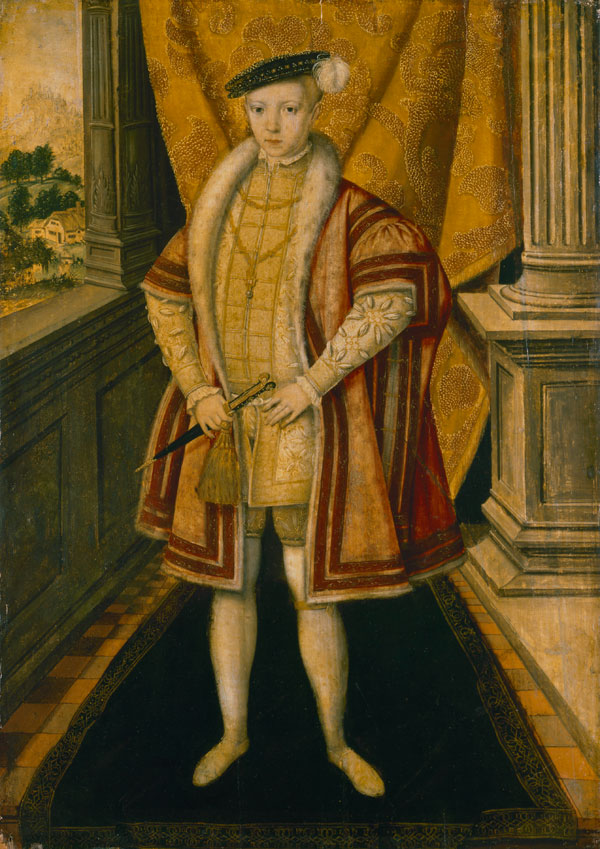 The sickly son of King Henry VIII and Jane Seymour, Edward VI acceded to the throne at the age of nine, but died six years later, leaving behind him a reign marred by social unrest and political turmoil.

Despite the young King’s short life, a surprisingly large number of portraits of him exist today. Like others, the portrait was probably commissioned by a member of the nobility as a sign of allegiance to both the crown and the new Protestant faith.

The artist is unknown but the handling of the portrait points to a native English painter. Portraiture in England at the time was influenced by Hans Holbein the younger, who spent the majority of his career working in England, and this is no exception; decoration, formality and flatness all demonstrate the influence of the German master.

The Hermitage purchased the painting in 1779 from the estate of Robert Walpole, Britain's first Prime Minister. King Edward's portrait, along with 203 other paintings, were sold to Catherine the Great for £40,550, despite an attempt by John Wilkes to have them bought by the British government. 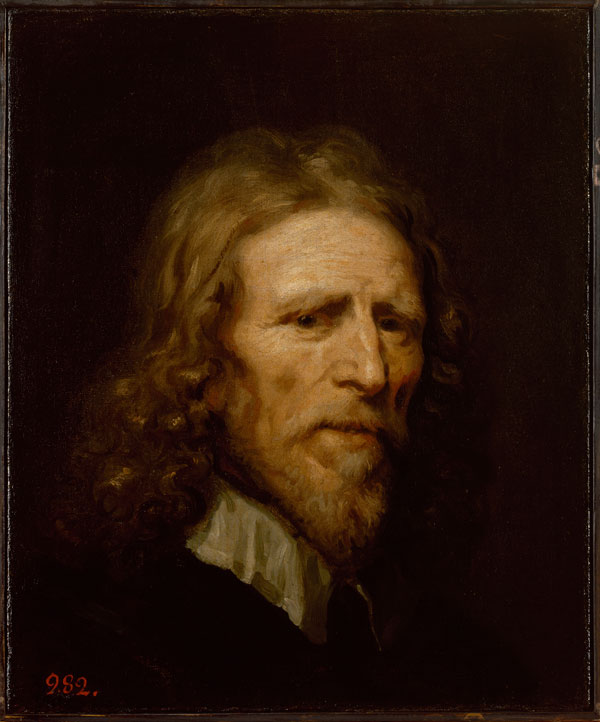 William Dobson's portrait of Abraham van der Doort is also from the Walpole collection. Van der Doort was the author of the first catalogue of royal paintings and served as Keeper of the King’s art collection under Charles I, until his death in 1640 when he took his own life, after misplacing one of the King’s miniatures. The portrait was probably painted not long before his suicide. 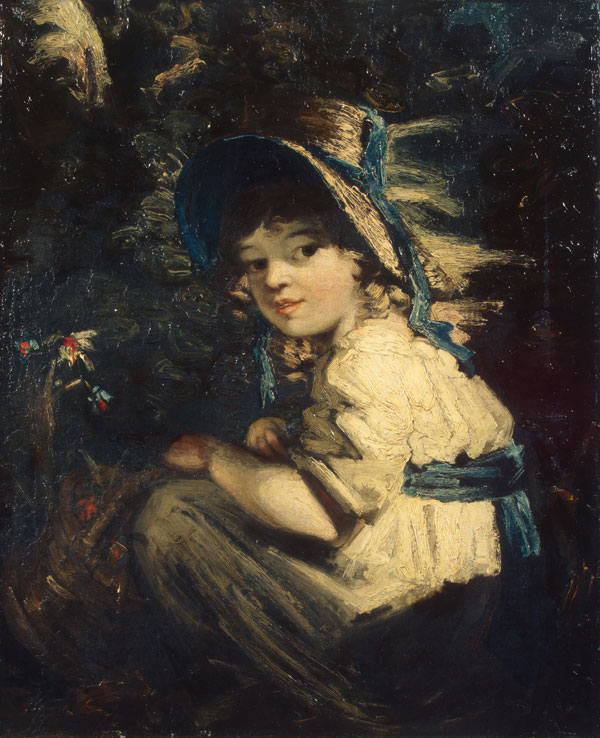 Small and tucked away, in a corner next to Joseph Wright’s expansive Firework Display at the Castel Sant' Angelo, Girl in a Straw Hat is easily overlooked. But to pause is to reap the rewards of one of the most unique portraits in the English collection.

Said to have been something of a nonconformist, Gardner’s style derives from a special imprecision and broadness. Here, a young girl is depicted furtively glancing back as she burrows her way through the undergrowth, the density of which is drawn out by the thickness of the pastels used by the artist; so much so that the straw hat, the titular centre-piece of the portrait, almost evaporates into the background, through Gardner’s trademark looseness of stroke.

Seized from the Yusupov Palace in St Petersburg just after the Bolshevik Revolution, the painting was moved to the Hermitage in 1925. 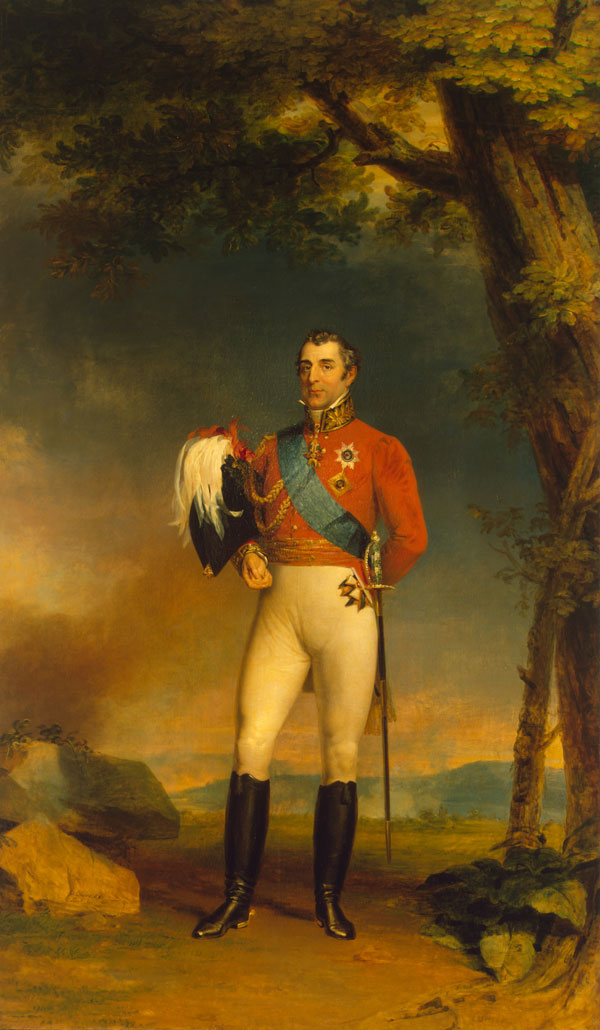 Dawe’s massive painting of Arthur Wellesley, the first Duke of Wellington, ranks among the largest works of English portraiture in the Hermitage. Spanning three meters by two, it hangs in the Military Gallery alongside 321 other portraits of generals who fought against Napoleon in the Great Patriotic War of 1812.

Wellington’s portrait holds pride of place in the long, rectangular gallery, hanging by the main entrance doors. Depicted full-length, the general is portrayed standing in an encampment on the outskirts of Paris. Remarkably, George Dawe, helped by two Russian assistants, was responsible for all 322 portraits in the gallery.