5 Russian cities you can find on the U.S. map 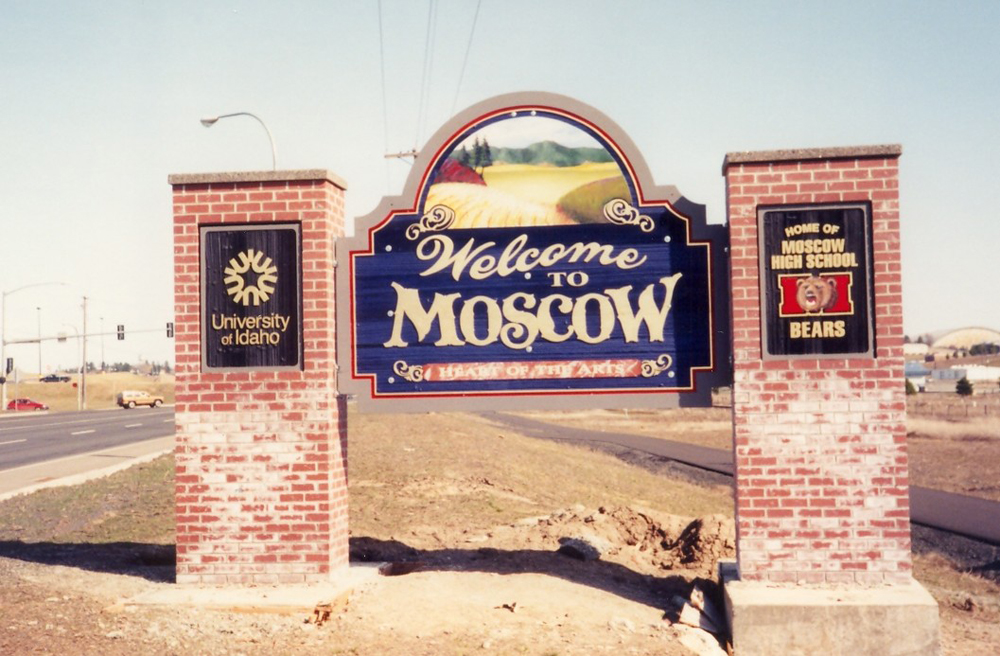 Open sources
There are more than 20 towns in the U.S. bearing the name of Russia’s capital, three St. Petersburgs and about 10 spots featuring the monikers of Russian regional towns. RBTH presents a quick guide to this unusual branch of American toponymy.

Through the centuries people have left their motherlands guided by the dream of a happier life. Resettling in remote areas, immigrants established new cities with a touch of nostalgia for their former homes. RBTH has found a few examples of Russian outposts in the American West.

From the more than 20 U. S. Moscows, the one in Idaho is the most populous. The state’s oldest public university provides the city with almost half of its inhabitants, which numbered 24,000 in 2012. It’s just a grain of desert sand by comparison with Russia’s Moscow and its 12,000,000 residents, but is its size necessarily a negative? This green and calm educational and agricultural hub could be a dream destination for many Russians tired of the hustle and bustle of their capital … if they only knew of its existence.

While this town has been called Moscow for more than a century, it didn’t bear this name at the beginning. The area was once known as Hog Heaven for its rich soil. In 1877 postmaster Samuel Neff wrote Moscow in the official papers for the town when applying for a postal permit. However, Neff was referring to the Pennsylvanian  Moscow where he was born and not Russia’s largest city. Moscow, Pennsylvania was supposedly named by Reverend Peter Rupert, a Lutheran minister, whose former home was in Russia. Now it’s a tiny borough with less than 2,000 inhabitants like most of the other U. S. Moscows.

Rainy, snowy, windy and gray – this is how Russians describe their St. Petersburg. Americans describe theirs as shiny with a celestial sky and sandy beaches. Russian St. Petersburg, the former pompous capital of the Romanov Empire, is the northernmost city in the world with a population of over one million. Its proximity to the Arctic Circle makes its nights white during the beginning of the summer and plunges the streets into darkness early during the long winter days.

In 1881 a liberal minded aristocrat, Pyotr Dementyev, departed from here to New York after experiencing persecution for his revolutionary sympathies. Once abroad he decided to enter the lumber business, but eventually became involved in the railroad in Florida. On June 1888 the first train pulled into the terminus in southern Pinellas County with just one passenger on board. The land reached by train had no official name yet, so Dementyev named it after the Russian city where he had spent half of his youth.

California’s Sebastopol and Crimean Sevastopol have much more similar climates than the St. Petersburgs do. Although located 10,500 kilometers (about 6,500 miles) from one another, both are in the southwest areas of their countries at almost the same latitude and both have mild winters and warm summers. However, the climate is about the only point they have in common: the city in California is a small community with 8 000 inhabitants, whereas Sevastopol has 340,000 residents and is a strategically important port and the historical home to the Russian Black Sea Fleet.

The fleet has been based here since 1783 when Crimea joined the Russian Empire. It played an important role in the Crimean War (1853-1856) that pitted the Russian Empire against Britain, France, the Ottoman Empire and the Kingdom of Sardinia. The war is how the tiny California town got its name.

“Evidently, many Americans in the west sympathized more for the Russian than the British cause as there were at one time four other Sebastopol's in California,” says the town’s official website.

Similar to the three cities mentioned above, Volga in South Dakota is not the only one in the U.S., but it is the largest by population – 1,800 people live here. This tiny rural town with a supermarket received its moniker from the even smaller Volga in Iowa, which has just 200 residents. This smaller version got its name from the Volga River, on whose shores it is nestled – in Iowa (it is 81 miles long in the northeast part of the state)! Of course, this little river got its name from the mighty Russian Volga.

In the Yaroslavl Region 8,000 kilometers (5,000 miles) away from Iowa, there’s a namesake town, which is bigger by population than the Volgas in South Dakota and Iowa combined. However, it is lacking a supermarket. Roughly 3,000 people live in this town, which features a 1000-meter long railway bridge and a dilapidated red brick factory constructed by German manufacturers in the 19th century. It’s currently out of use.

Tolstoy city is a neighbor to South Dakota’s Volga and looks similar – a rural, tiny town in the middle of nowhere. However, it has much more in common with the remote Lev Tolstoy city in the Lipetsk Region of Russia than with the nearby Volga and it’s not just the name.

The Russian town comes from the village of Astapovo, which became famous in 1910 after Leo Tolstoy died here of pneumonia. The station and town were renamed for the writer eight years later. Today there’s a Tolstoy museum and the settlement has 300 residents.

Its American namesake features no museums: at the last census in 2010 there were just 36 people living in Tolstoy. The area was settled by German immigrants from Russia in the late 19th century but received the status of a town in 1907 when a railroad line was completed that went through its area.

“How the town received its name is not definitely known but it is believed that it was named for the famous Russian novelist Count Leo Tolstoy, who was still living then,” according to a web resource about the town.