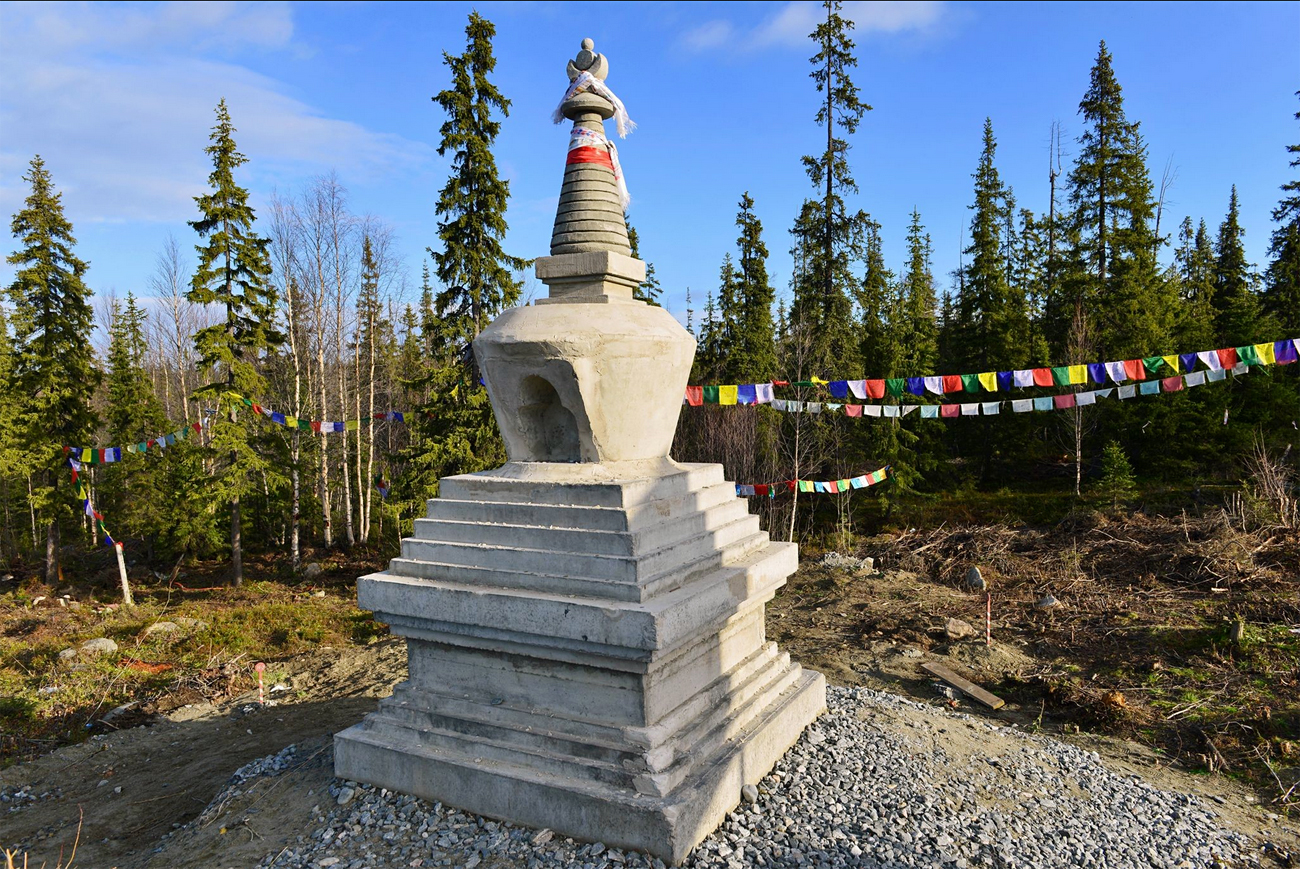 Oleg Filonok
For Buddhists a stupa is a place for meditation and storing relics.

A Russian pursuit of Tibetan art

Construction of the stupa began in October 2014 on the initiative of local businessmen and brothers Igor and Oleg Belyaev.

A stupa is a Buddhist place of worship. The Enlightenment Stupa, one of the seven main types of stupa, symbolizes the Buddha’s attainment of Nirvana, the ultimate goal of Buddhist practice.

The Tibetan guru will be accompanied on his journey to the far north by Russian lama Nikolai Akhmerov, one of the few specialists that can translate the Tibetan language into Russian.

“Buddhism in Russia boasts of a centuries-long history,” noted Akhmerov. “It has never been something new. What’s more, the first Buddhist temple in Europe was built in St. Petersburg – its construction was completed in 1913. All of this means that there is actually a very strong tradition of Buddhism in Russia.”

Read more: Top 5 Buddhist sites in and around Moscow