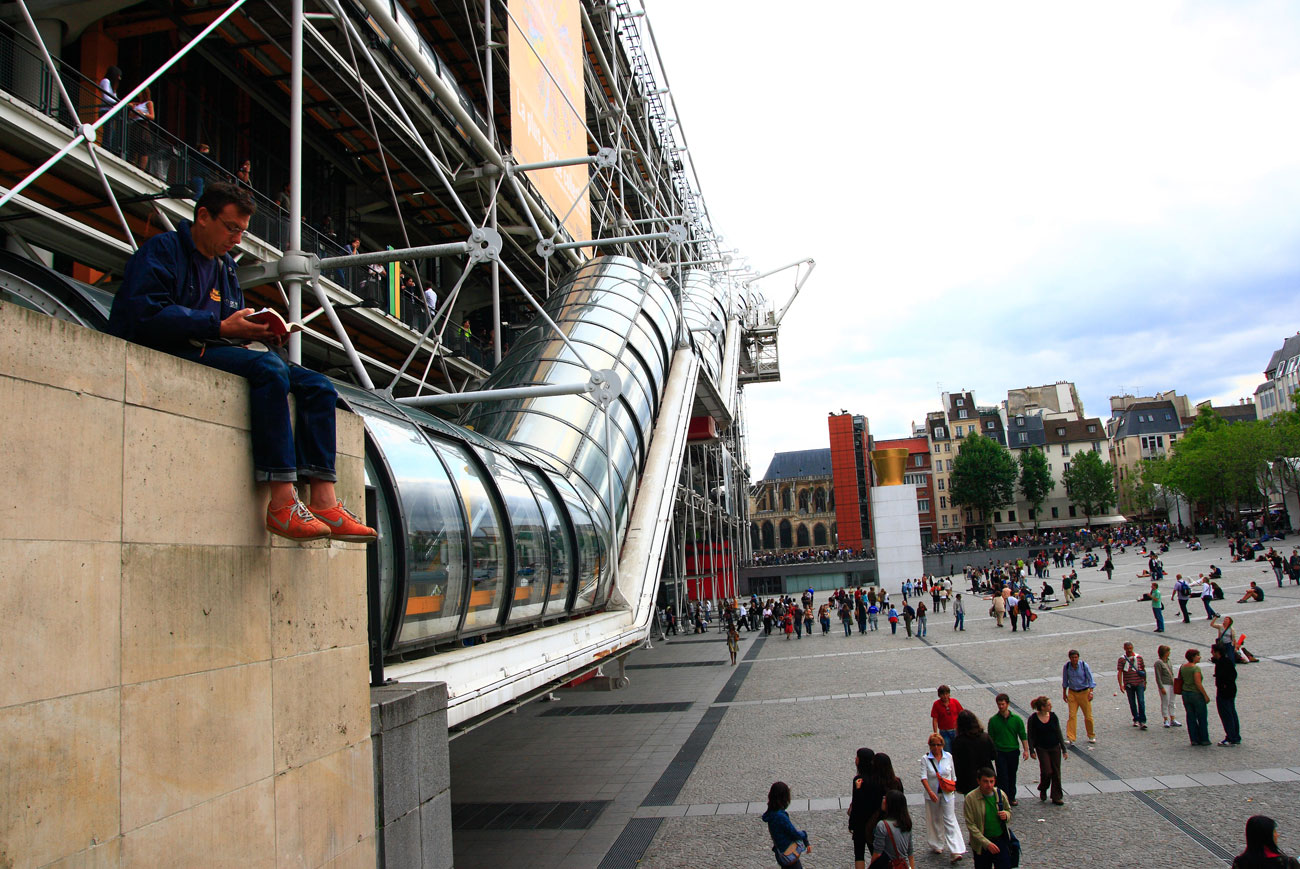 Centre Georges Pompidou (Paris) will unveil its stunning new collection of contemporary Russian masterpieces with the exhibition "Collection! Contemporary art in the USSR and Russia, 1950-2000." The retrospective will run Sept. 14 - March 27, after which the pieces will be added to the museum's permanent collection.

"We consider it important to promote contemporary Russian art and include it in the global context," Oksana Oracheva, CEO of the Vladimir Potanin Foundation, told RBTH about the reasons for such a generous gift, which was initiated by Vladimir Potanin. "Through this project, we were able to include artists who are not always well-known abroad (but who are no less talented), in an international rotation, to open, in fact, new names to the world, or add some additional color to those already known in the West. We also wanted to show a panoramic history of Russian art as part of world art history."

A rare case in history

Olga Sviblova, the project's engine, is a well-known curator and director of the Moscow Multimedia Art Museum, described how "this crazy idea" was born.

In a conversation with Bernard Blistene, director of the Musée National d'Art Moderne at the Pompidou Centre, it suddenly occurred to her that it would be good to gather a collection of this period of Russian art unknown to foreigners and give it to the Centre. And Blistene said: "Let's try it!" "This is an unprecedented act in history, proving that culture is better than any political instruments," Sviblova believes.

"To gather a collection" does not sound like a difficult task at first, but in reality a lot of work lies behind it. Firstly, there are extremely few museum-quality works on the market: the whole post-war period has long ago settled in collections, or pieces are kept by artists' families, while the market prices start from 40,000 euro ($45,000).

5 mobile apps to help you find your way around Russian art
Secondly, no museum accepts everything that is offered as a gift – the procurement committee must confirm the artistic value of each work. To make the final gift sufficiently substantial, the curators had to collect more than 1,000 pieces, from which about 250 items were chosen.

This fantastic project has been built from a variety of possibilities and desires. There was the Pompidou Centre's aspiration to replenish its collection of 20th-century Russian art for its jubilee year, providing a representative retrospective. And there were the possibilities of Potanin, one of the chief promoters of Russian art worldwide. The Potanin Foundation is known in France for its grand exhibition "When Russia Spoke French," held at Les Invalides and then at the Hermitage in St. Petersburg in 2003.

The foundation established by the eccentric Russian billionaire, who announced as early as 2010 that his wealth would go to charity, is also a major donor to the Hermitage. The Potanin Foundation served as the organizer of this donation project and bought works for the collection from artists and their heirs.

"The ideas came about a year ago," Oracheva recalls. "We did not have a finished, fully-formed plan: Olga Sviblova had an idea, the Pompidou Centre had an idea, and we had an idea. Eventually, all the ideas were combined into the plan itself. On the one hand, the Foundation has long engaged in promotion of Russian culture abroad through large-scale projects. On the other hand, in 2017 the Centre Pompidou will celebrate its 40th anniversary, which they would like to mark by replenishing their collections, among other things."

Moreover, it is symbolic that the gift will be received not only by the celebrating museum, but also by the French Republic, which, together with Russia, will mark the 300th anniversary of Peter the Great's Grand Embassy to France.

The "Russian" history of the Pompidou's collection is quite large, but, until now, it almost completely lacked art created after the 1930s. Today its collection of Wassily Kandinsky, which was donated by the artist's widow, is the envy of all the world's museums. The same can be said of the impressive set of pieces by Russian avant-garde artists Natalia Goncharova and Mikhail Larionov, as well as constructivists Anton Pevsner and the Stenberg brothers.

But the subsequent history of this part of the museum's collection is patchy, and rare acquisitions of post-war and contemporary Russian art are credited to directors and curators of the Centre, in particular, Jean-Hubert Martin.

The current gifted collection spans the second half of the 20th century, from the late 1950s to the mid-2000s. The bulk is from the period 1960s-1980s, Soviet unofficial art, non-conformists, Sots Art, and Moscow Conceptualism – the cream of artistic life in Moscow and St. Petersburg for half a century, from Boris Turetsky, Oscar Rabin and Francisco Infante to Erik Bulatov, Yuri Albert, Collective Actions and AES+F.

The selection of works was made Olga Sviblova and Nicolas Liucci-Goutnikov of the Pompidou Centre. The same procedure was followed which is always applied in France for updating the museum's collection – all the works received final approval from the institution's procurement commission.

Private collectors, artists themselves and their families played a significant role in the project. "They all provided pieces for the project," Oracheva says. "The collectors are not only Russian, but also French. This is a partnership in every sense." Items were donated by the founders of the Ekaterina Cultural Foundation, Ekaterina and Vladimir Semenikhin; The Art Newspaper's owner Inna Bazhenova; Igor Tsukanov; Nick Ilyin; the Manasherov family; and two French collectors of Russian art, Pierre Brochet and Paquita Escofet Miro.

Miro, who lived for some time in Russia, donated 10 items from her collection. "I started to collect Russian art in the late 1980s, before all foreigners," she says. "And for me, to have the chance to present my favorite artists in a good museum is joy! "

10 most expensive paintings by Russian artists