Culture
Yekaterina Sinelschikova
RBTH
Kind, honest, someone who looks after himself (but not too much), loyal (but not jealous), and of course attentive, generous, and intelligent… Russian women, as a rule, have a long list of requirements for their "ideal" man. The following article is based on polls, expert opinion, and the author’s own views. 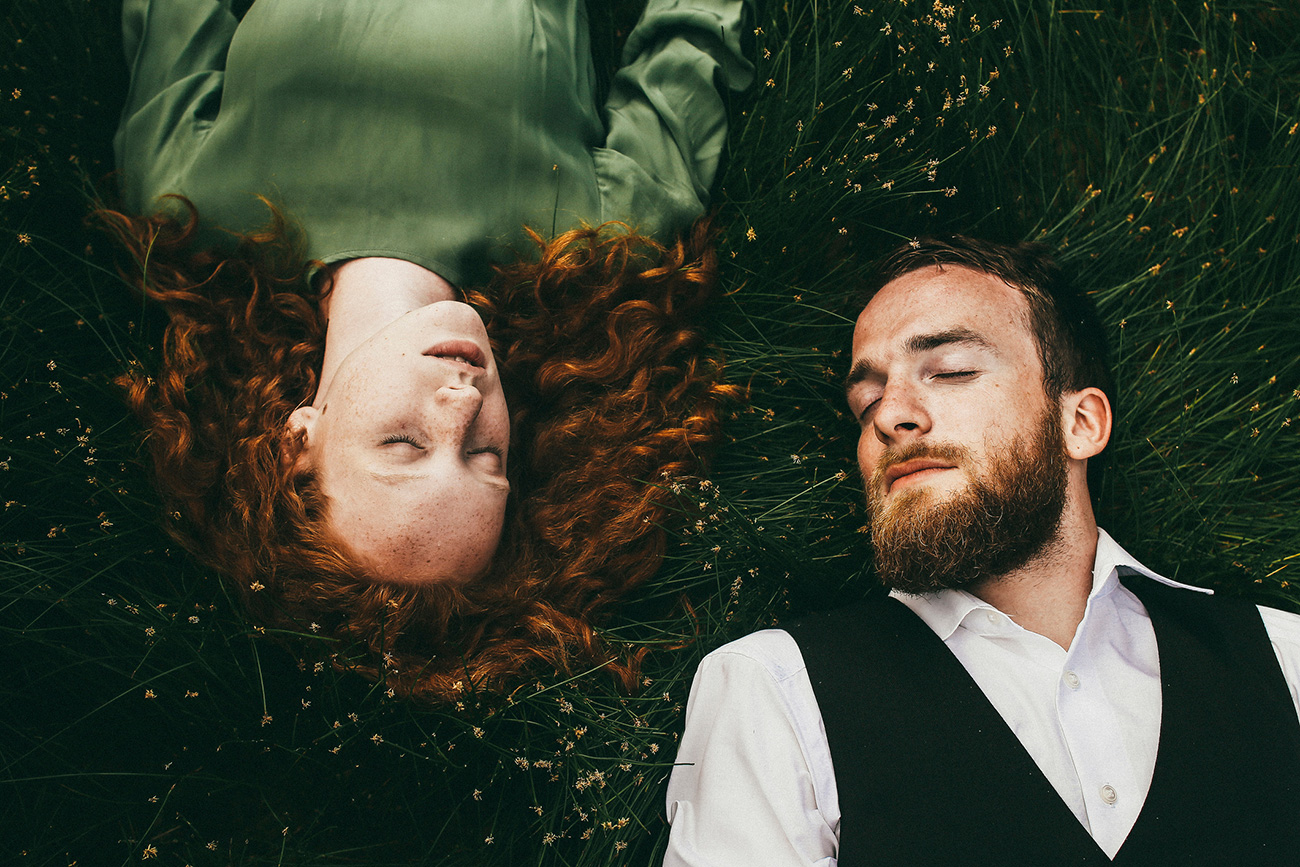 If a man spends as much time in the mirror as a woman, it’s generally not regarded as a good trait by Russian females. A man who uses body moisturizer, follows fashion trends, worries about the appearance of his nails, is not afraid to visit manicure salons, and only enjoys physical exercise in the gym, all gives rise to suspicion.

"Appearance is less important. Contrary to the idea promoted by the fitness industry, it’s not really bodybuilders whom women prefer," psychologist Elena Kalen told RBTH. According to her observations, men who have feminine features and those who look in the mirror often are regarded as the least attractive.

As a result, the topic of male beauty in Russian society is rather theoretical and can be summed up like this: "The main thing is that a man should be a man (whatever that may mean). At worst, as long as he is not too ugly, things are fine." By and large, a macho but not necessarily strong man looks more attractive than a refined and fashionable one. Perfection is not the fashion here and it’s not customary to talk about trifling things like sexuality, appearance, personal grooming. As for biceps, they are appreciated by only eight percent of Russian women - according to a poll.

2. As long as he opens the door 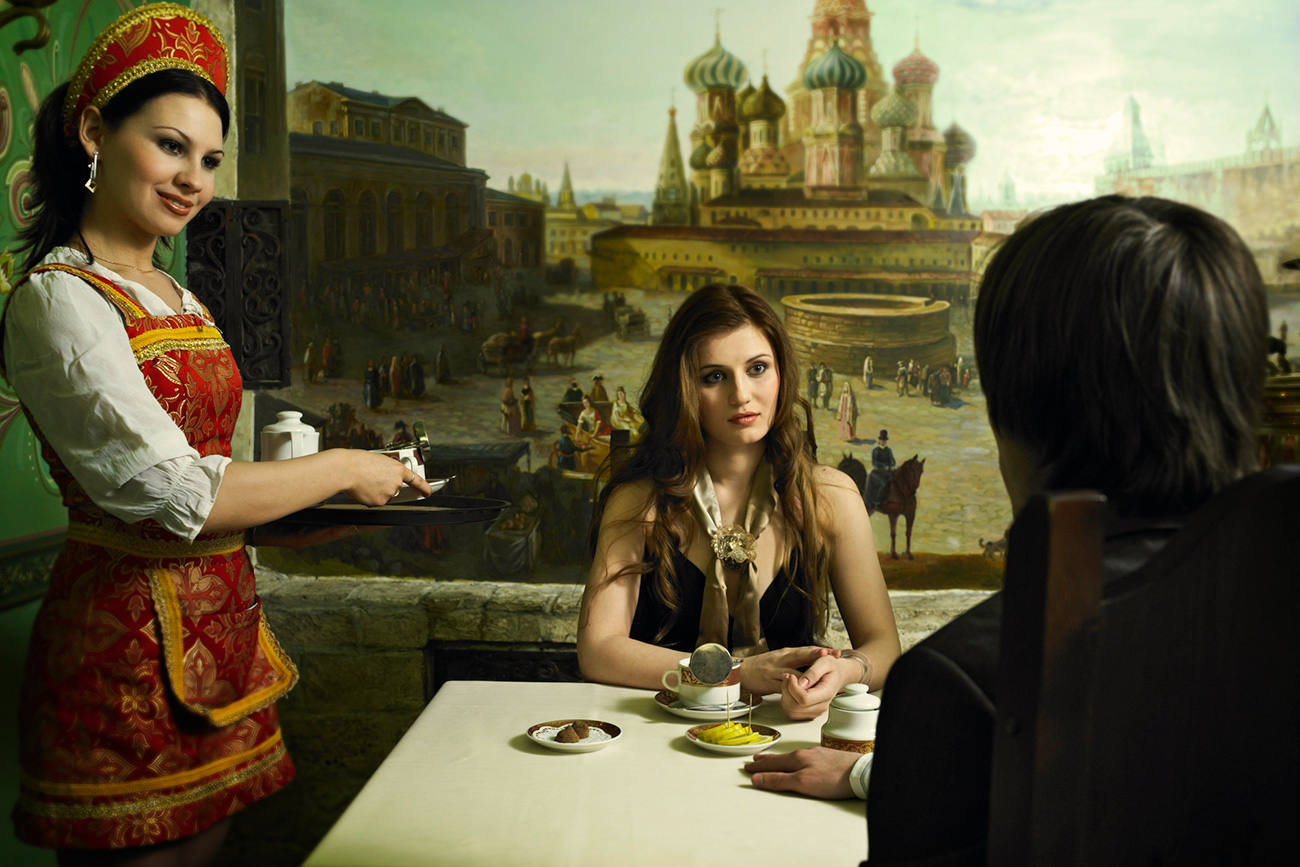 "The topic of male beauty in Russian society is rather theoretical and can be summed up like this: "The main thing is that a man should be a man (whatever that may mean)." Getty Images

Feminist trends in Russia had their heyday in the 1990s and 2000s, and they didn’t develop beyond this period, believes psychologist and Gestalt therapist Vladislav Chubarov. Russian women are not in favor of equality - even if they complain about a lack of respect from men, about sexist jokes, and know what "emancipation" means. A more likely interpretation would be the following: They would like to have more while maintaining all the advantages of "traditional" attitudes. "All this equality, for heaven's sake, drives me nuts, I like it when a young man helps me to take off or put on my coat, or holds the door for me," some Russian women write on social media forums.

3. He admires you no matter what 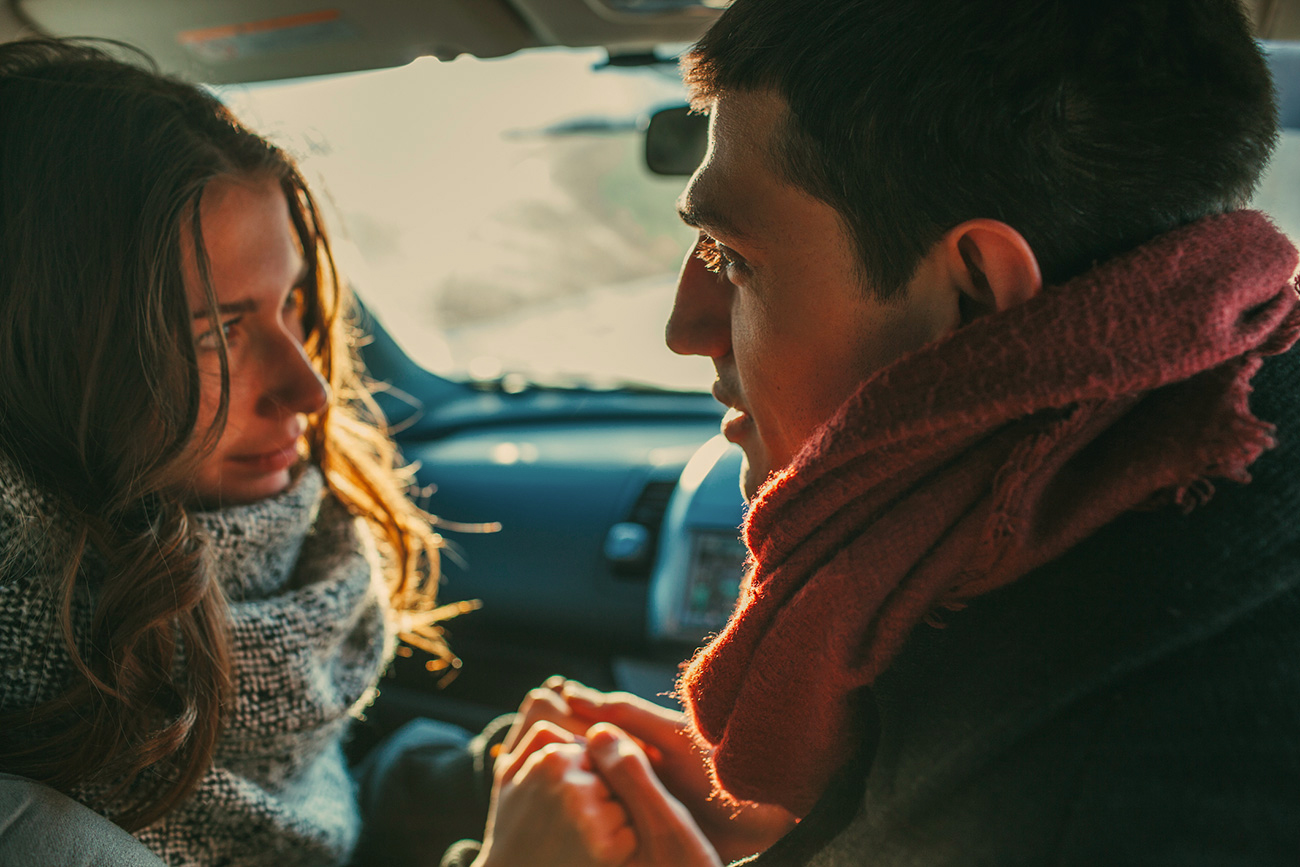 "A female in Russia often regards herself by definition as an object of adoration. European women are often more inclined to work on both themselves and their relationships." Getty Images

Another paradox is that, essentially, a female in Russia often regards herself by definition as an object of adoration, says Chubarov. And that’s what Russian women expect from men - unconditional admiration no matter what. At the same time European women are often more inclined to work on both themselves and their relationships.

In Russia, a girl was often traditionally brought up to become, first and foremost, a good wife and mother. Talking to girls about their professional vocation or career was seen as unnecessary, as something of little importance. Of course, the world is changing. Not every Russian woman simply wants to find a good husband. A gender revolution is underway. But Russian women still prefer men who will adore them without necessarily achieving stunning success at work, or being awarded a doctoral degree, or having three lessons of taekwondo a week. 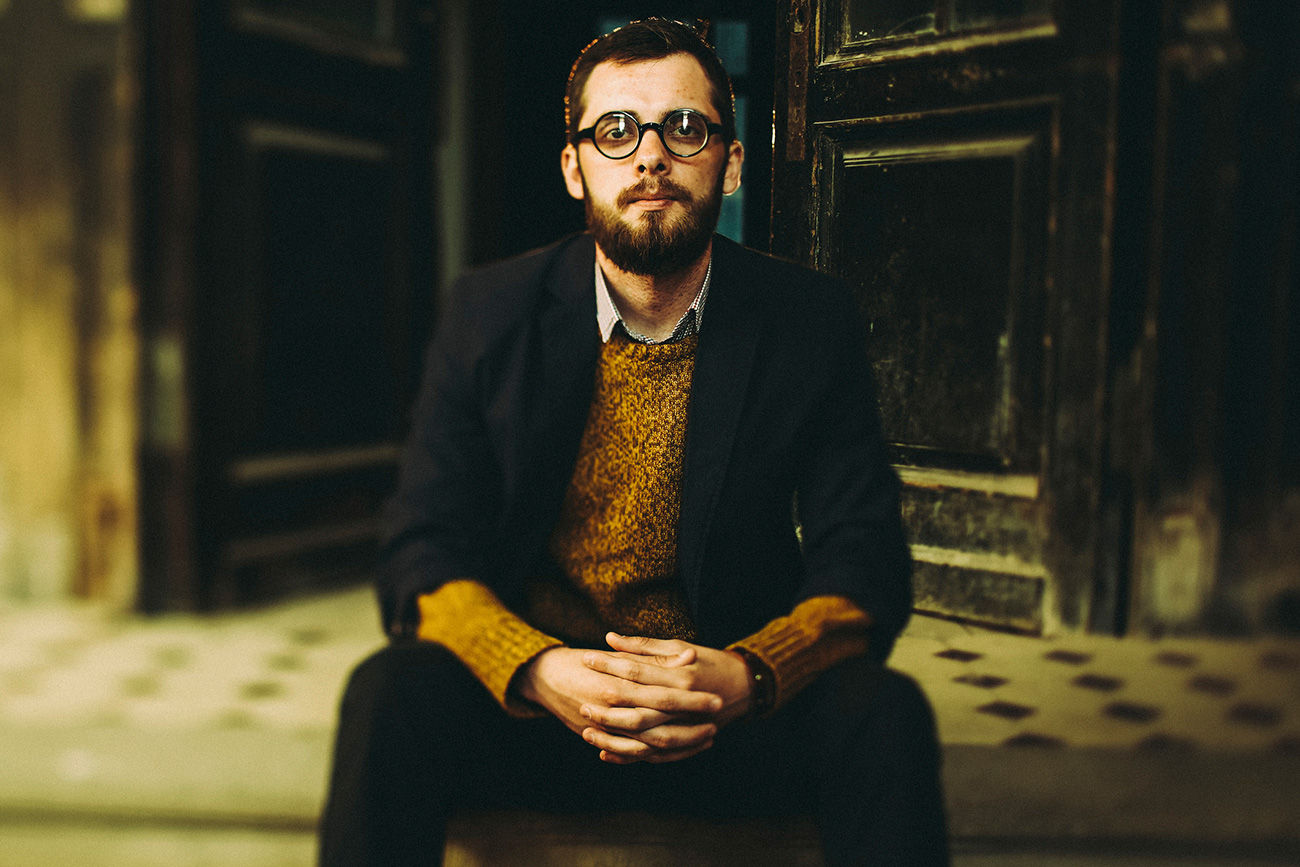 "As for biceps, they are appreciated by only eight percent of Russian women - according to a poll." Getty Images

"The financial position of a man, as it turns out, is not that important at present. Far more important is his aspiration to earn money and his ability to spend it wisely," Kalen says.

In other words, Russian women eye up future prospects, not the amount of cash in his wallet. If a man is obsessed with plans for a new startup, spends all his spare time attending courses of some kind and finds non-fiction riveting, this is often seen as a good sign. According to Russian women, a man should first and foremost have personality, and it should be, if not outstanding, then at least strong, and he should be able to achieve something - if not now, then at least in the future. Even if this "future" never comes. 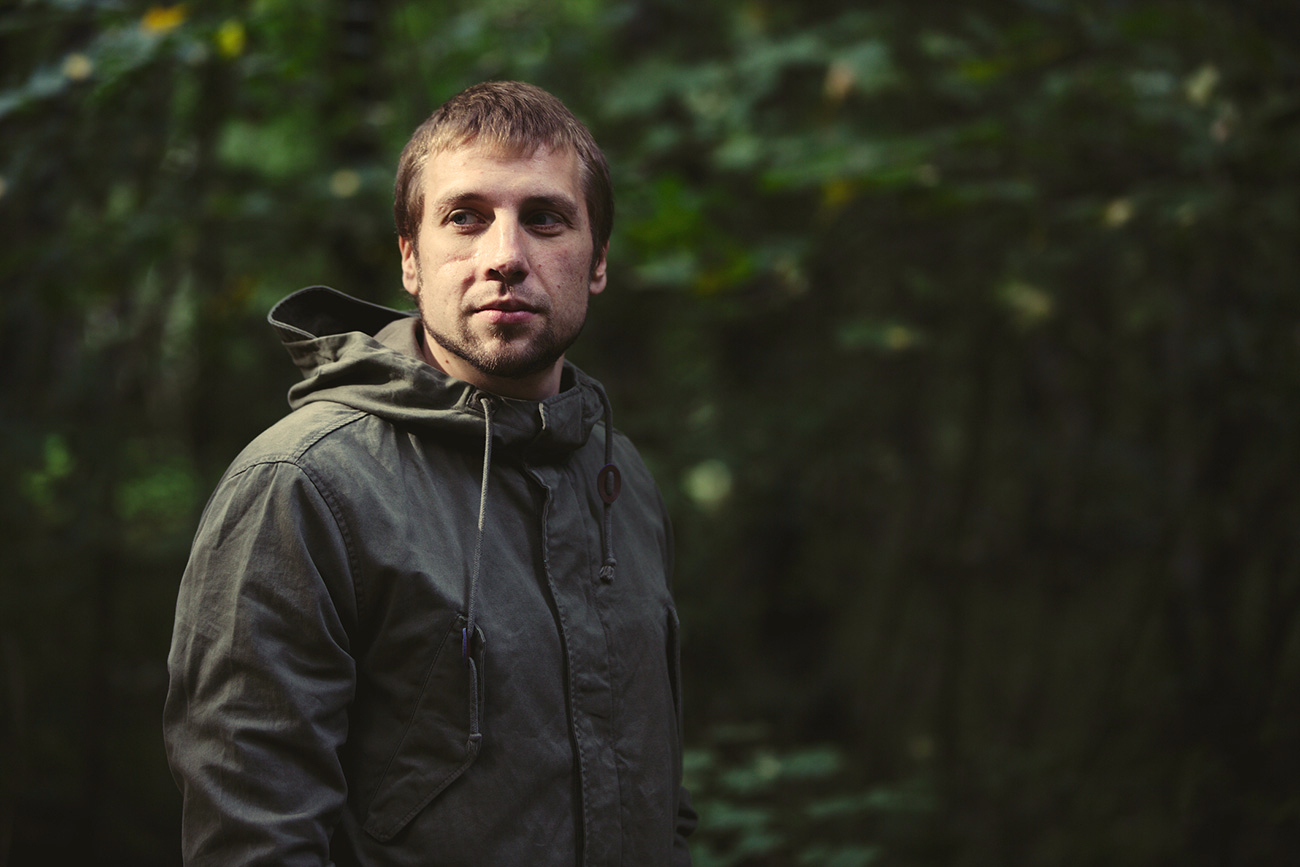 "A macho but not necessarily strong man looks more attractive than a refined and fashionable one." Getty Images

Also, Russian women do not much like talkative men. During the first three to five dates there may be a certain charm in this as it helps a man to "open up," But then a woman will start thinking "When is he going to do something useful? Where will he find the energy if he just talks all the time? He must be a good-for-nothing." For a chat, there are girlfriends, Facebook, or work colleagues; as for a man, he is made for greater things.

"It’s simple: The more you talk, the less serious you seem. It’s an inverse correlation, so to speak. Now try to think of a chatterbox among your acquaintances and imagine him in the post of a company director or a deputy in parliament. It would look silly, wouldn't it?" say Russian women, who themselves like to talk. They don't really need someone else like them.

Read more: Who did Soviet women fantasize about? 10 sex symbols in the USSR>>>